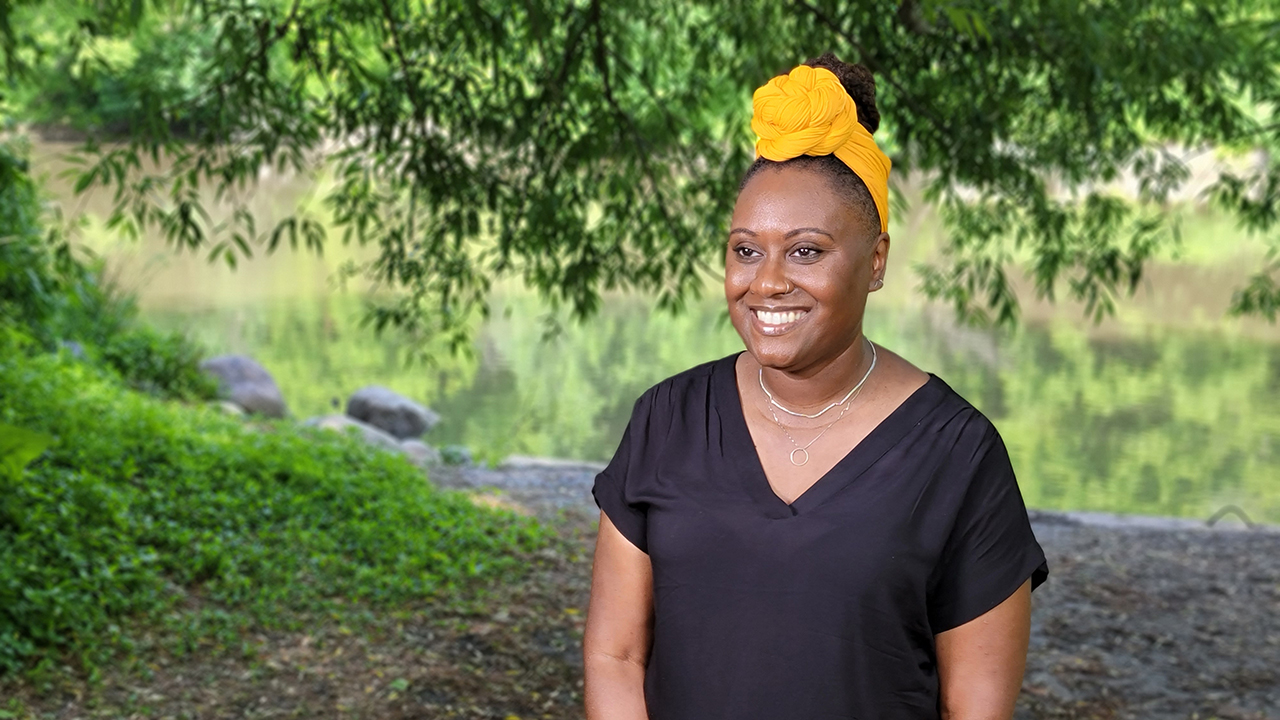 It’s an all-new season of Wisconsin Life on PBS Wisconsin, with a fresh set of stories and exciting places to discover!

We delve into the lives that make our state great, from a yo-yo champ with tricks up his sleeve to a Milwaukee dance troupe raising the bar. Host Angela Fitzgerald also continues her exploration of Wisconsin including a visit to the International Crane Foundation in Baraboo, a tour of the Urban Ecology Center in Milwaukee and a trip down the slopes of Granite Peak ski hill on Rib Mountain.

Ahead of the new season, we spoke with Angela about the places, organizations and surprises she encountered while filming this season.

PBS Wisconsin: How did the pandemic impact the production of this season?

Angela Fitzgerald: When we initially resumed shooting right after the pandemic hit, there was no in-person interaction I had with people, which is one of the landmarks of the show. We do interviews. So to keep everyone safe, there were two different shoots where the production team had their interview without me and I would have my in-person camera stuff. I went for a while without talking to people. It’s not until relatively recently that we reemerged with the format that’s similar to what we’ve known. I got to go to a farmers’ market and talk to people and try some foods, and interact in a way that feels like it more resembles the natural flavor of the show.

PBS Wisconsin: What are your most memorable parts of the season?

Fitzgerald: Definitely skiing because that was the only shoot we did that wasn’t impacted by COVID, and because I like skiing! I hadn’t been in years so I was able to try something that I didn’t even know if I remembered how to do. It’s like riding a bike. I think I fell like once, but it wasn’t terrible. I didn’t faceplant the whole time.

The Urban Ecology Center, we checked that out in Milwaukee, and that was pretty cool because they had a space celebrating nature and making nature available to those in a more downtown setting, which you wouldn’t normally expect to see. It was literally downtown. I liked that people didn’t have to drive a far distance to interact with nature. They commented how there was an uptick in involvement with their center because of the pandemic. People were home, and the only outlet that was available to us for so long was going outside. It created a renewed interest in a setting like that.

Lastly, I appreciated the Eastside Farmers Market. That was my first time visiting that particular farmers’ market and I was able to find a cheese vendor and hot sauce vendor that was really, really good so I have people to visit in the future to re-up. It was a nice setting for me because it reminded me of the old ways in which we were able to interact and connect with people, and I miss that. I didn’t realize I missed that as much as I did. 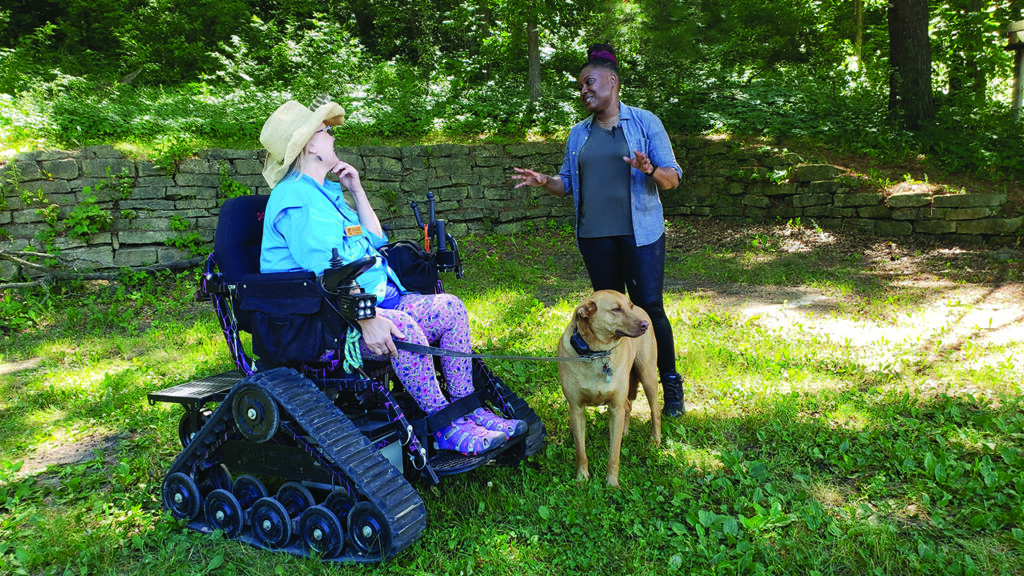 PBS Wisconsin: Did anything surprise you this season?

Fitzgerald: The pandemic was the biggest surprise, but another surprise in response to that is how we were able to adjust and figure out a new way of doing this work in light of the pandemic. Because there are basically two main components to my role in terms of actual production, and then there’s the production team that does a whole bunch of other stuff, too. There are writers and those who scout locations and do filming that I’m not even involved in, and then I come in and do my pieces, and they are integrated into the bigger picture. We figured out this is a mode of working that allows us to proceed and everyone can feel safe. Initially, I did not have any in-person interviews for months. And my voiceover work, I was able to do that from home – it’s been me in my basement on Zoom with someone from the production side and we’re doing voiceover work virtually and that allows us to keep things moving forward without feeling like we’re in an unsafe space.

PBS Wisconsin: What do you hope viewers take away from the new season of Wisconsin Life?

Fitzgerald: Renewed interest in their home state and excitement over learning something new, seeing a new space that maybe they never knew existed, learning about a person that does some cool work.

PBS Wisconsin: Now that you’ve been at this gig for a while, what have you learned about yourself as a host?

Fitzgerald: I feel like I’m constantly learning. I don’t think I’ll ever arrive in terms of “I know this state now.” There are tons of things I’m learning new, tons of history I’m understanding better for myself in terms of oh, that’s why we’re seeing things the way we’re seeing them now, because of the history and influence. I consider myself a lifelong learner, so I appreciate that this show, this job allows me to play in that way where in some respects it doesn’t feel like work.