New season of Director's Cut: "The Blood is at the Doorstep" - PBS Wisconsin
Skip to content 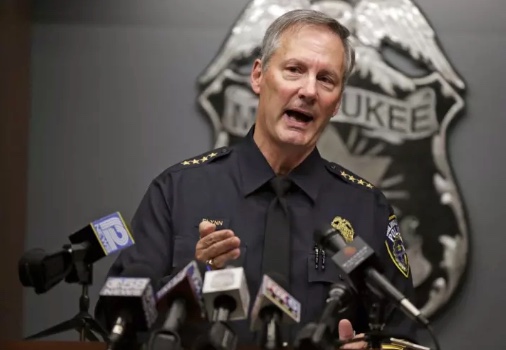 New season of Director’s Cut: “The Blood is at the Doorstep”

Wisconsin Public Television’s Director’s Cut kicks off its 11th season this Friday! We’ve got a great lineup this season, starting with my first guest: Erik Ljung, director of the documentary The Blood is at the Doorstep.

The Blood is at the Doorstep (exclusive SXSW trailer) from Erik Ljung on Vimeo.

On April 30, 2014, Dontre Hamilton, a black, unarmed man diagnosed with schizophrenia, was shot 14 times and killed by a Milwaukee police officer responding to a non-emergency wellness check in a popular downtown park.

Filmed over the course of three years in the direct aftermath of Dontre’s death, this intimate verite documentary follows his family as they struggle to find answers and challenge a criminal justice system stacked against them. Offering a painfully realistic glimpse inside a movement born out of tragedy, this explosive documentary takes a behind the scenes look at one of America’s most pressing social issues.

Read more about this film, and about my interview with filmmaker Erik Ljung.

Erik Ljung is an Emmy Award-winning filmmaker for his work on  WPT’s own Wisconsin Foodie. In addition to other PBS work, he’s also produced content for The New York Times, Wall Street Journal and Vice News. Ljung was also the cinematographer for the award-winning documentary Almost Sunrise, which aired on PBS last year as part of POV. 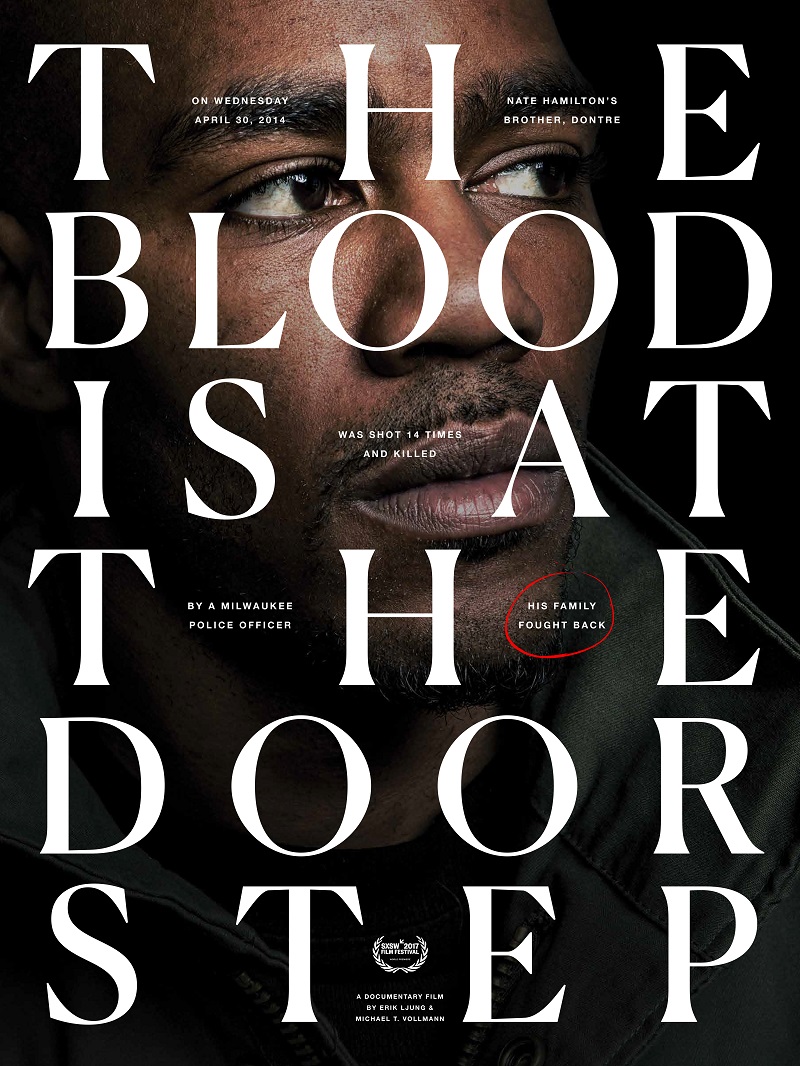 The Blood is at the Doorstep is Ljung’s directorial debut in the world of feature length documentaries – and it is absolutely riveting.

Although not as publicized as other fatal incidents involving police, such as those in Oakland, New York or Ferguson, Missouri, Dontre Hamilton’s case has also drawn a great deal of scrutiny as a community struggles to reckon with its impact.

As the trailer reveals, questions about shooting a man with mental illness gave way to larger questions about race and policing. Hamilton’s death occurred just a few months prior to the police shooting of teenager Michael Brown in Ferguson. Milwaukee, one of the nation’s most segregated cities, saw its share of public protests, and Ljung and his crew were right in the thick of them.

Ljung does a masterful job of telling this story through the eyes of Hamilton’s grieving family, including his mother and brothers who have since become prominent community activists.

I’ve seen countless documentaries where filmmakers working with emotionally charged material have had trouble getting all sides of a story on camera. This is not the case with The Blood is at the Doorstep. Thanks to Ljung’s due diligence as a documentarian, we hear from multiple law enforcement officials and politicians alike, including Milwaukee’s Chief of Police Edward Flynn, District Attorney John Chisholm and Mayor Tom Barrett.

The New York Times discussed this film last August as part of a wave of documentaries (and dramas based on true stories) addressing the pain of racial divides. Although the Times had no connection with The Blood is at the Doorstep, Ljung had filmed a brief video for the paper in 2015 regarding a new Wisconsin law on police shooting investigations tested by the circumstances of Hamilton’s death.

Following The Blood is at the Doorstep‘s premiere at South by Southwest 2017, critics at The Hollywood Reporter named it one of their top picks of the festival, saying, “It’s a clear-eyed film that finds hope within terrible circumstances, and strength within heartbreak. Given the continued unfortunate timeliness of the subject, it’ll certainly find an audience in a wider platform beyond the fest circuit.”

Please join me this Friday, May 18 for my interview with Erik Ljung on Director’s Cut at 10:30 p.m. And stick around after our interview, when Director’s Cut will air the full-length film The Blood is at the Doorstep.