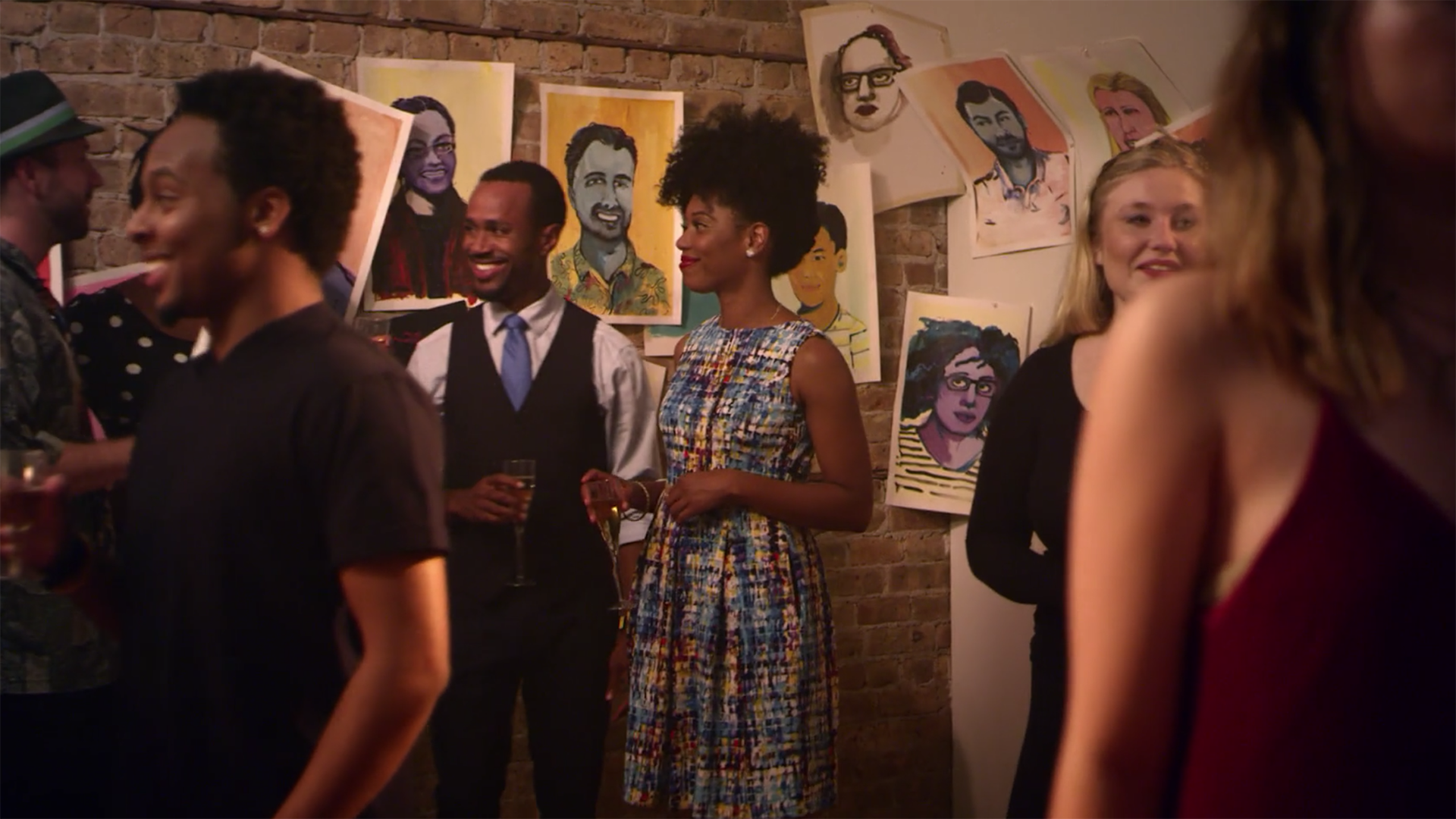 Director’s Cut premieres its 13th season this Friday night at 10 p.m. on PBS Wisconsin, and the feature film Olympia is a great way to kick off the season.

Olympia, with McKenzie Chinn in the title role, is at a crossroads in her life as she is about to turn 30. She is tending to an ailing mother and navigating a career as a struggling artist in Chicago. To complicate matters, her boyfriend, Felix, played by Charles Andrew Gardner, and her best friend might simultaneously leave Chicago for career opportunities.

Director Greg Dixon is our special guest. In fact, he joined me in the studio for our last show shot before COVID-19 turned the world completely sideways. Dixon is a good interview. His direction in Olympia gives the film a nice pace. He also used some fun animation to give it a stylistic twist. The animation highlights the lighthearted tone, making all of Olympia’s turmoil seem like it will work out okay in the end. Yes, there is a reason we don’t see this type of tactic used in films like I Am Legend or The Silence of the Lambs.

At its heart, Olympia is a fun look at the life of a young adult and the issues one faces in their 20s, set to a great soundtrack, penned with solid writing and peppered with comedic moments at just the right moments. Dixon also has the backdrop of Chicago to add production value, and he uses some nice aerial shots to open things up.

In addition to playing the title character, Chinn also wrote the film’s screenplay. Actors who make their own opportunities have such a clear-cut advantage to those who just attend acting classes and then wait for the phone to ring … or buzz. Chinn’s efforts seem to be paying off, too, as she has had walk-on and recurring roles on shows like Chicago Med and The Redline. She also landed a role in a new TV movie called The Big Leap. Chinn also produces and directs, allowing herself even more opportunity in the business.

As much as our show focuses on directors, every once in a while we have a writer, actor or producer who joins us. On this episode, we are lucky to also be joined by composer Otto Sharp. It’s always fun to have insights from different artists who aid in the filmmaking process!

Olympia is a fun film and the perfect choice to kick off a new season! Join me this Friday night at 10 p.m. for Director’s Cut and stick around for Director’s Cut Presents at 10:30 p.m., only on PBS Wisconsin – your home for independent film.