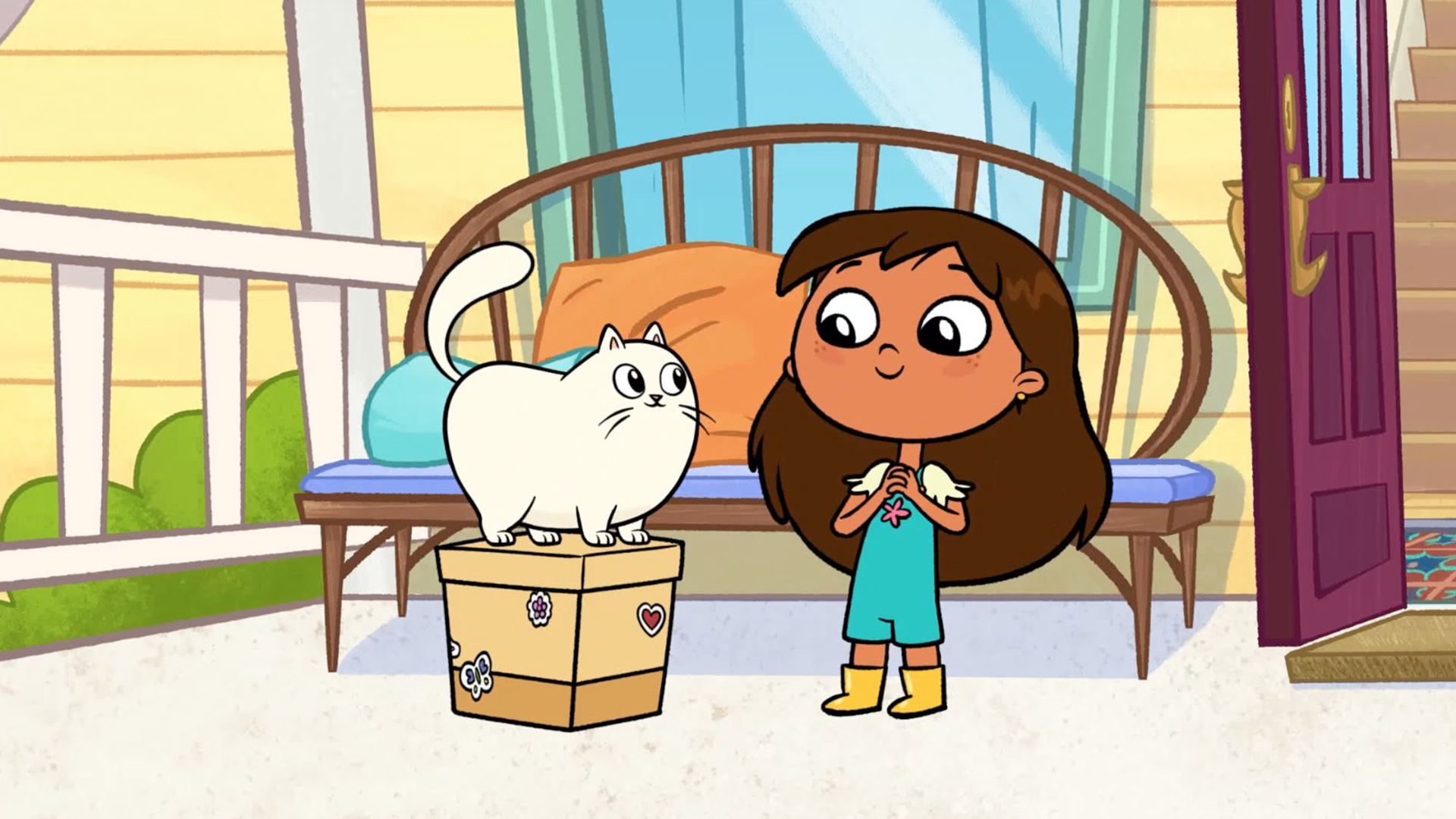 Rosie’s Rules stars 5-year-old Rosie Fuentes, a bilingual Mexican American girl who is just beginning to learn about how the great, big, fascinating world around her works.

Rosie and her blended, multicultural family live in suburban Texas. Her papá is from Mexico City, and her entrepreneurial mom is from rural Wisconsin. Rosie has a little brother, Iggy, and an older sister, Crystal, who is Mom’s child from her first marriage. Gatita is Rosie’s fluffy feline sidekick.

Featuring an engaging social studies curriculum, a dynamic cast of characters, catchy music and hilarious stories, the new series aims to show kids ages 3-6 how they, as individuals, fit into their own community, as well as broader society.

“Like many young children, Rosie likes to figure things out for herself, and the mission of Rosie’s Rules is to nurture that curiosity and ‘learning-by-doing’ among viewers,” said Sara DeWitt, senior vice president and general manager of PBS KIDS. “Many families around the country will recognize themselves in Rosie’s amazing, culturally-diverse extended family and connect the rich Mexican, Southwestern and Midwestern traditions, food, art, language and music featured in the series with the unique customs and culture of their own families.”

In Rosie’s quest to understand some of the world’s most mystifying concepts, like how the mail works or family relationships, she will bonk into, break, rip and spill her way into constant comic chaos, usually doing it wrong before she gets it right.