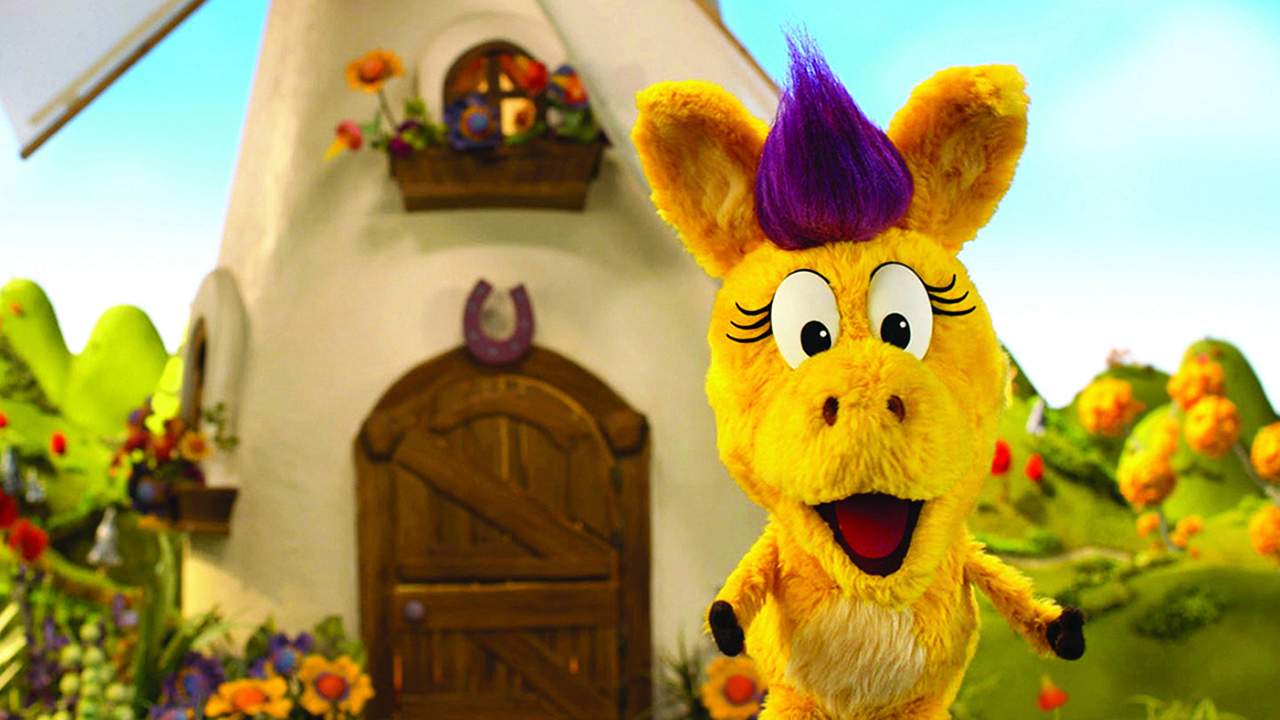 The new series, produced by Fred Rogers Productions and Spiffy Pictures, premieres 9 a.m. May 3 on PBS Wisconsin and on the free PBS KIDS app on phones, tablets, Roku and other streaming devices!

The colorful show follows the adventures of Donkey Hodie, granddaughter of the original Donkey Hodie character from Mister Rogers’ Neighborhood (now known as “Grampy Hodie”). The original puppet appeared in 59 episodes of the beloved children’s series.

Inspired by the quirky, funny side of Fred Rogers, Donkey Hodie furthers the children’s TV pioneer’s mission of helping young viewers navigate the challenges of childhood. The series features original new music along with reimagined versions of Rogers’ songs.

Set in the whimsical land of Someplace Else, created by Rogers on Mister Rogers’ Neighborhood, the imaginative social-emotional series for children ages 3-5 centers on the adventures of Donkey Hodie, an enthusiastic, “can-do” yellow donkey with a bright magenta mane. Also featured are her pals: Purple Panda, her loyal and empathetic best friend who wears his big heart on his sleeve; Duck Duck, a practical, quick-witted young mallard who loves to figure things out; and Bob Dog, an energetic and eager canine who is always ready to boogie to music or fetch a ball.

In Someplace Else, everyone’s big dreams are possible – whether it’s Purple Panda finding the end of the Golden Rainbow, Duck Duck planning a Book-A-Palooza Festival or Bob Dog playing the largest kickball game in history. Episodes include catchy songs that reinforce the stories’ positive messages and fun adventures.