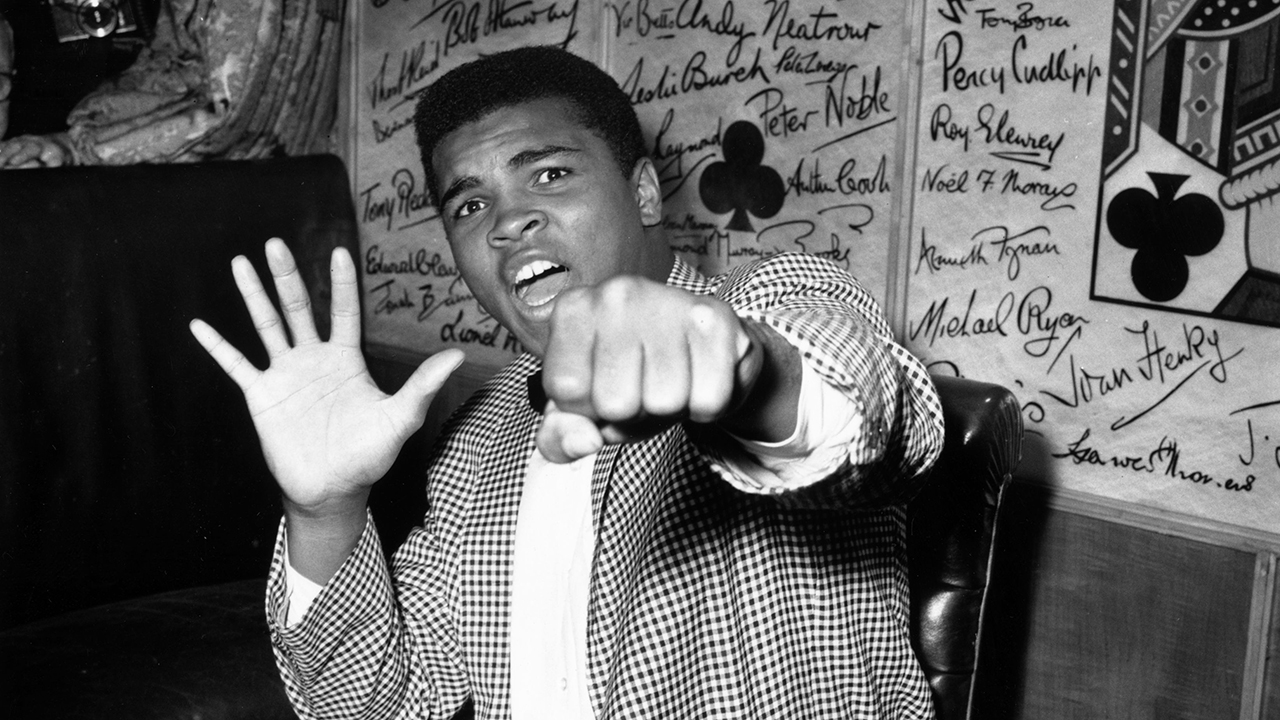 Muhammad Ali, a new four-part documentary directed by acclaimed filmmaker Ken Burns, will air 7 p.m. Sunday, Sept. 19-Wednesday, Sept. 22 on PBS Wisconsin. The film follows the life of one of the most consequential men of the 20th century, a three-time heavyweight boxing champion who captivated billions of fans with his combination of speed, agility and power in the ring, and his charm, wit and outspokenness outside of it.

At the height of his fame, Ali challenged Americans’ racial prejudices, religious biases and notions about what roles celebrities and athletes play in our society, and inspired people all over the world with his message of pride and self-affirmation.

The new series, which was in development for six years, was also written and co-directed by Sarah Burns and David McMahon, whose previous collaborations with Burns include The Central Park Five, Jackie Robinson and East Lake Meadows: A Public Housing Story.

Leading up to the September broadcast, Burns will join PBS and The Undefeated, ESPN’s multimedia platform exploring the intersection of sports, race and culture, to hold a series of insightful conversations about sports and race in America. The virtual events, Conversations on Muhammad Ali, will feature sports and entertainment figures, scholars and writers, preview clips from the film, and examine Ali’s life and career in the context of America and the world today. People can register for one or more of the events here. PBS LearningMedia will also build out full educational materials focusing on the intersection of race and sports in 20th century America to support the film.

Drawing from an extraordinary trove of archival footage and photographs, contemporary music, and the insights and memories of eyewitnesses – including family and friends, journalists, boxers and historians, among others – Ken Burns, Sarah Burns and McMahon have created a sweeping portrait of an American icon. The series details the story of the athlete who called himself – and was considered by many to be – ”the greatest of all time” and competed in some of the most dramatic and widely viewed sporting events ever, including “The Fight of the Century” and “The Thrilla in Manila,” both against his great rival Joe Frazier, and “The Rumble in the Jungle,” in which he defeated George Foreman to regain the heavyweight title that was stripped from him seven years earlier.

Muhammad Ali also captures Ali’s principled resistance to the Vietnam War, his steadfast commitment to his Muslim faith, and his complex relationships with Elijah Muhammad and Malcolm X, who profoundly shaped his life and worldview.