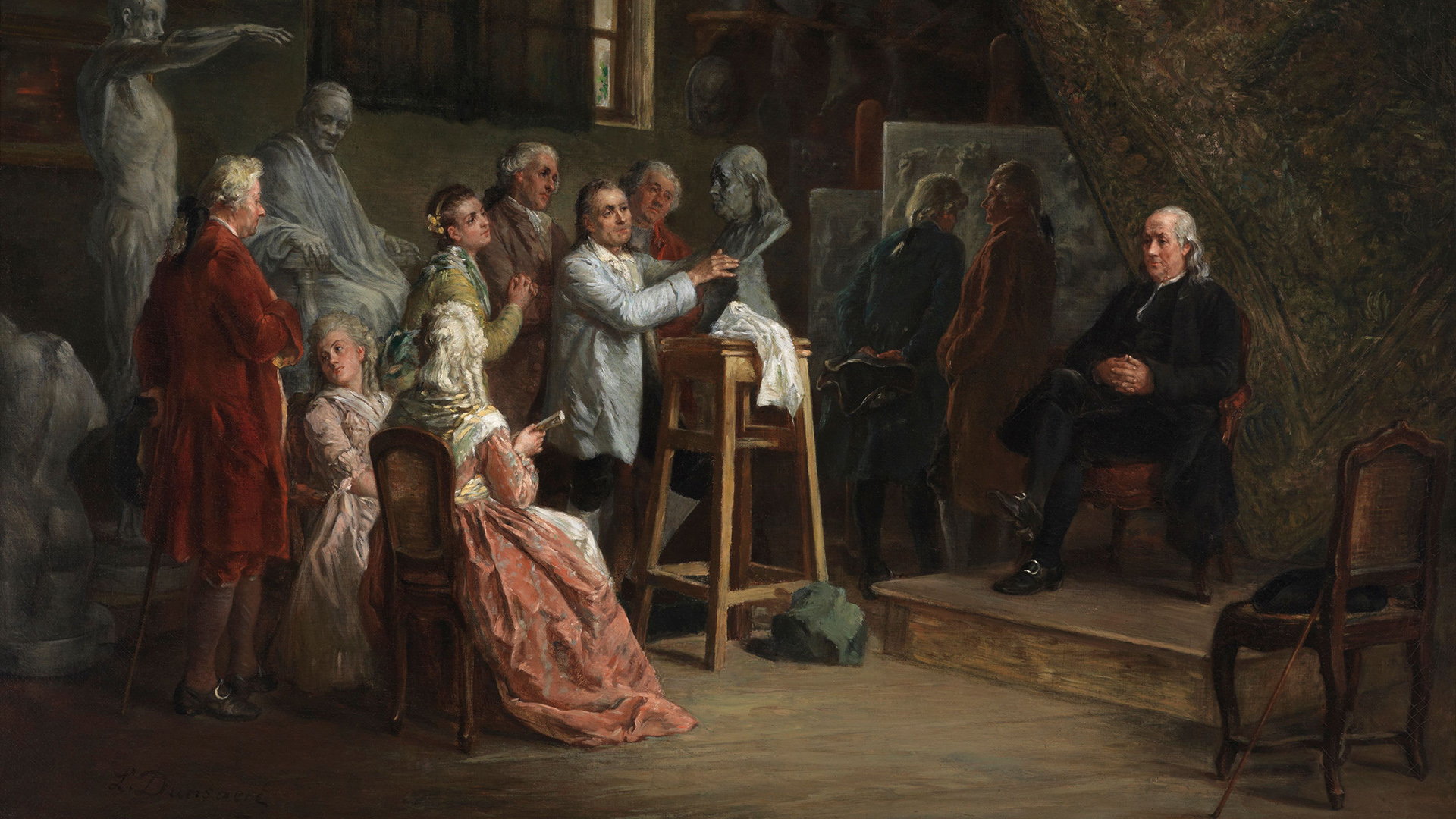 The film, written by Dayton Duncan (Country Music, The National Parks) and produced by David Schmidt (The Vietnam War) and Ken Burns, explores the life and work of one of the most consequential figures in American history – a prolific writer and publisher, a groundbreaking scientist and inventor, a world-renowned diplomat and a signer of both the Declaration of Independence and the United States Constitution.

Franklin, whose life has been celebrated as a quintessential American story, was anything but typical. His 84 years spanned nearly the entirety of the 18th century, an epoch of revolutionary change in science, technology, literature, politics and government – change that Franklin himself helped to advance. He launched the first public library in America, organized a volunteer fire company, and founded an academy that eventually became the University of Pennsylvania. His annual publication, “Poor Richard’s Almanack,” set a model for future humorists such as Mark Twain and contained maxims that are still part of our shared lexicon. And his famous experiments with electricity led to one of his most important inventions, the lightning rod.

While Franklin was committed to the ideals of the Enlightenment – always looking to improve himself, his community, and humanity at large – he was also full of contradictions. He could be whimsical yet philosophical, folksy yet unforgiving, generous yet shrewdly calculating, and broadminded yet deeply prejudiced. Critically, especially for a man so associated with independence and individual liberty, Franklin enslaved people and did not become an abolitionist until very late in life. The Franklin household had at least six enslaved individuals, including Peter, Jemima, Othello, George, John and King. Franklin’s newspaper, The Pennsylvania Gazette, also advertised the sale of enslaved people and published notices of runaways. And while he publicly denounced white settlers who indiscriminately killed Indigenous people, he also championed the expansion of white settlements on to Indigenous lands.

“Benjamin Franklin was a fascinating and complicated individual who helped shape our contemporary world,” said Ken Burns. “If we see him for more than his long list of accomplishments, we recognize an imperfect man challenging himself and his contemporaries as he tries to understand and improve the world around him. One of the best and most prolific writers of the 18th century, Franklin both embodies and documents the dynamic social, scientific and political changes of this revolutionary age. His story is one of hope, with a faith in the common man. But his shortcomings are also a reminder of this country’s failure to address slavery at the time of its founding and the racial divisions that continue to impact our country today.”

“Every American learns about Benjamin Franklin in grade school, but often it ends there,” said David Schmidt, the film’s producer. “He is too interesting, too complicated and too important a figure not to revisit. We have tried to present Franklin as a real person who lived a real life, separated from the myths that have followed him through time. His biography is uniquely primed to inform us of our history. His 70 years before signing the Declaration of Independence tell us about America before the United States, and in his last 15 years, he was central to bringing the United States into being.”