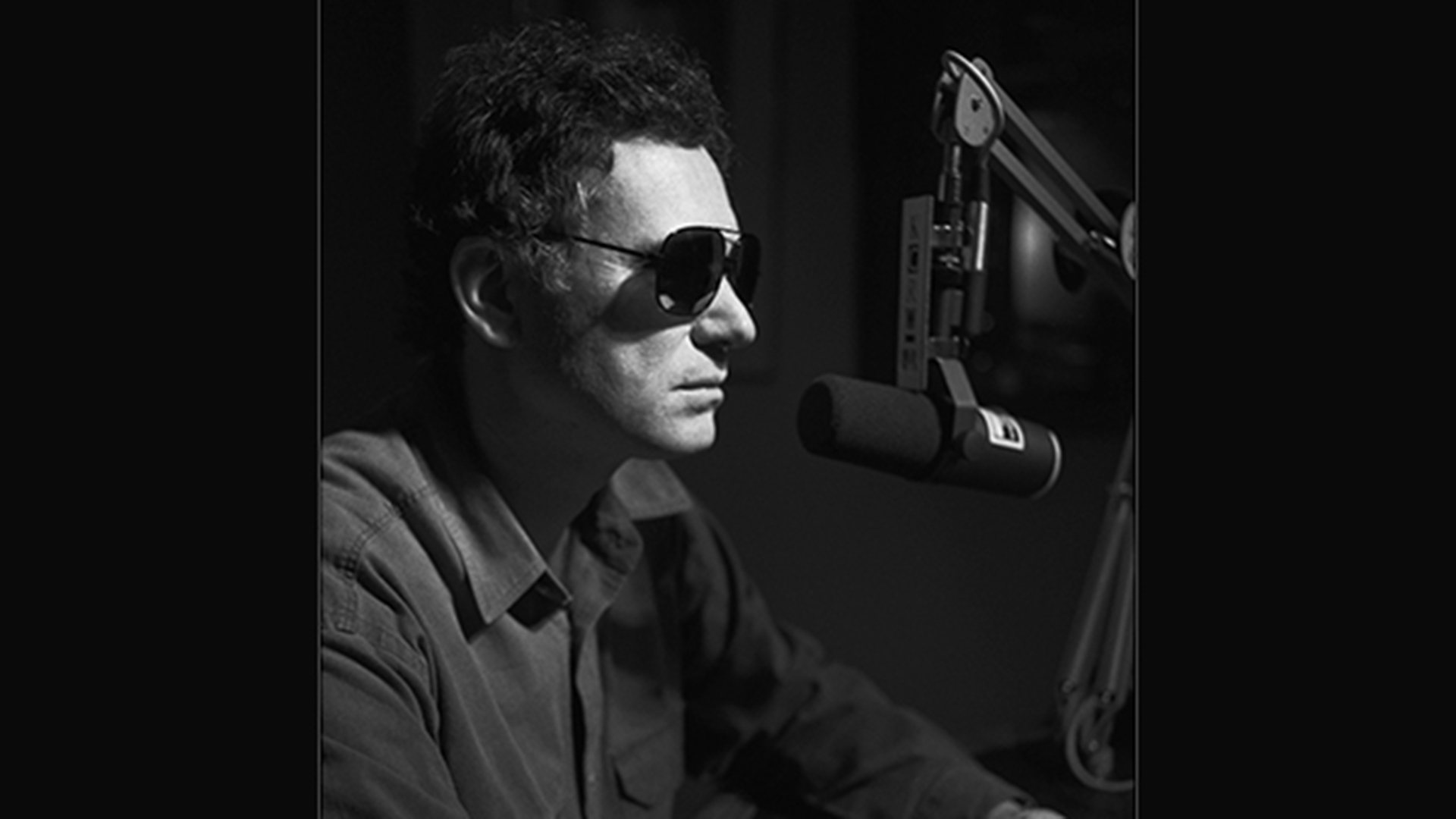 Hello film fans! Do you know who Joe Frank is? You really should. Season 13 of Director’s Cut is in full swing babies, and we have another outstanding interview and film slated for 10:30 p.m. Friday, June 18 night to follow up last week’s season debut.

I normally wouldn’t use a phrase like “full swing babies” because I know my kids would make fun of me, but it seemed appropriate this week given the film, which is Joe Frank: Somewhere Out There. So sue me for trying to impress someone in a movie at the risk of being made fun of by my offspring.

Please join me Friday, June 18 as I welcome Dave “D.P.” Carlson into the studio to discuss his film about the audio artist and radio personality whose career spanned four decades. Back when radio was cool, there was no one cooler or more avant-garde than Joe Frank. Despite being an underground phenom, eventually his popularity grew. For much of his career, Frank seemed to have one foot in the underground world and one above ground or in the mainstream. Part of his long career involved a stint with NPR. Hearing NPR’s Ira Glass talk about working for Joe is fascinating. Joe Frank’s commentary on the human condition is thought provoking and unique as most of his shows and stories were rooted in his own interesting life. Wherever Frank’s voice was broadcast, he was always authentic and spoke truth. Personally, I think Joe’s voice was the perfect compliment to his material. The combination made him almost impossible not to listen to once you tuned in.

For a performance artist or monologist, one’s perspective on life and personal experiences is the most important component in creating art. This can be said for Frank and his raconteur D.P. Carlson, who brings a point of view as a fan and experienced documentarian to this project. Carlson started listening to Frank’s program while growing up in Chicago. Carlson is an experienced filmmaker who produced, directed and edited the film. The director uses colorful, stunning visuals as transitions to keep the film moving and always has the fallback of Frank’s hypnotic voice to keep the audio side of the film intriguing. Yes, this is a visually pleasing film about an audio genius.

As someone who did not know much about Frank before seeing this film, I found myself watching it the first time and just being lost in the story of his life and career, forgetting completely that I had to watch it with a different eye to prepare an interview with filmmaker Carlson. It was a pleasure to view more than once! Enjoy the interview with Dave Carlson at 10 p.m. Friday, June 18 on Director’s Cut, and stick around to watch the film in its entirety at 10:30 p.m. on PBS Wisconsin, your home for independent film!

1 thought on “‘Joe Frank: Somewhere Out There’ Explores Life of Radio Legend June 18”