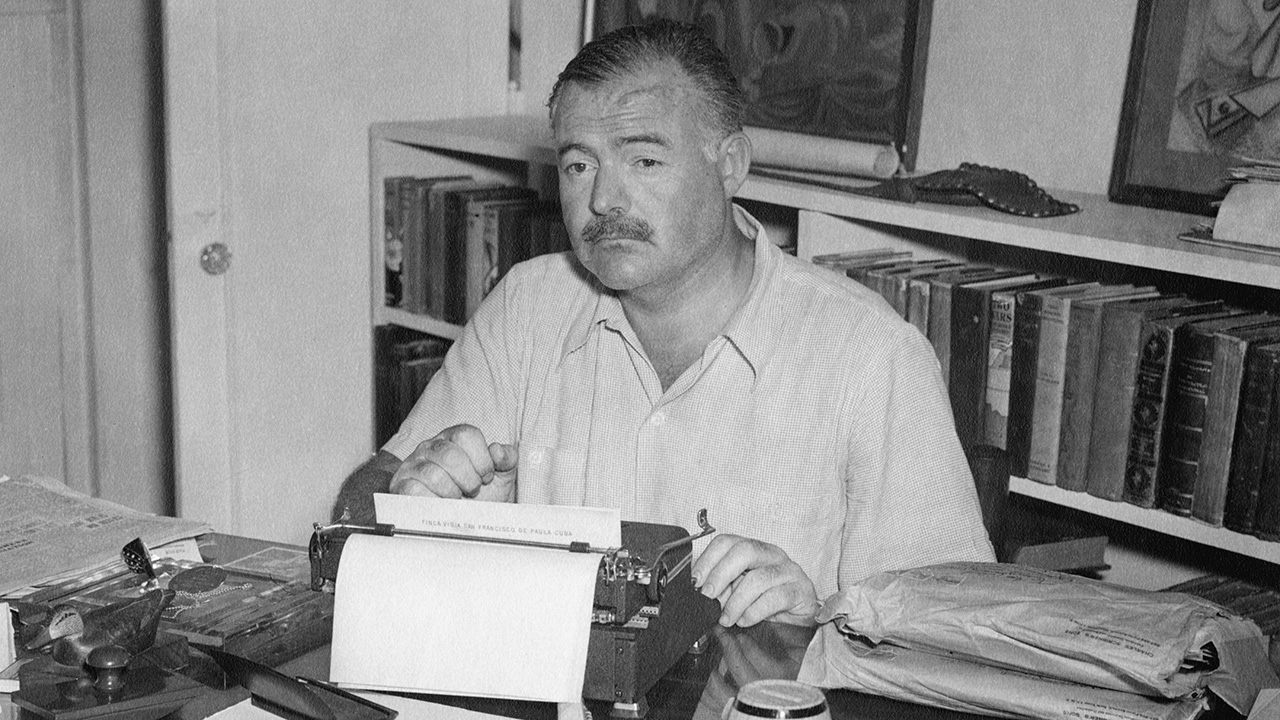 Ernest Hemingway, considered one of the greatest American writers and among the first to live and work at the connection of art and celebrity, is the subject of an upcoming three-part, six-hour documentary series directed by award-winning filmmakers Ken Burns and Lynn Novick (The Vietnam War, Prohibition, The War, Frank Lloyd Wright). The series premieres on PBS Wisconsin at 7 p.m. Monday, April 5.

Hemingway paints an intimate picture of the writer who captured on paper the complexities of the human condition. The film also explores the myth of Hemingway the man’s man, to reveal a deeply troubled and ultimately tragic figure, as well as his limitations and biases as an artist.

The series blends the biographical events of the author’s life with excerpts from his fiction, nonfiction and short stories, informed by interviews with celebrated writers, scholars and Hemingway’s son, Patrick.

The filmmakers explore the painstaking process through which Hemingway created some of the most important works of fiction in American letters, including novels “The Sun Also Rises,” “A Farewell to Arms,” “For Whom the Bell Tolls” and “The Old Man and the Sea;” short stories “Hills Like White Elephants,” “The Short and Happy Life of Francis Macomber,” “Up in Michigan,” “Indian Camp” and “The Snows of Kilimanjaro;” as well as the nonfiction works “Death in the Afternoon” and “A Moveable Feast.”

“In an era when Americans are re-evaluating so many icons, Hemingway is a particularly compelling figure to revisit,” said director Lynn Novick. “He was hugely complicated, deeply flawed and he truly revolutionized the art of writing.”

In three, two-hour episodes, the series tracks the meteoric rise and tragic fall of the author who, in his final years, suffered from chronic alcoholism, traumatic brain injuries and serious mental illness. In 1961, at the age of 61, Hemingway died by suicide, leaving behind an unparalleled body of artistic work and a complicated emotional legacy for those closest to him.