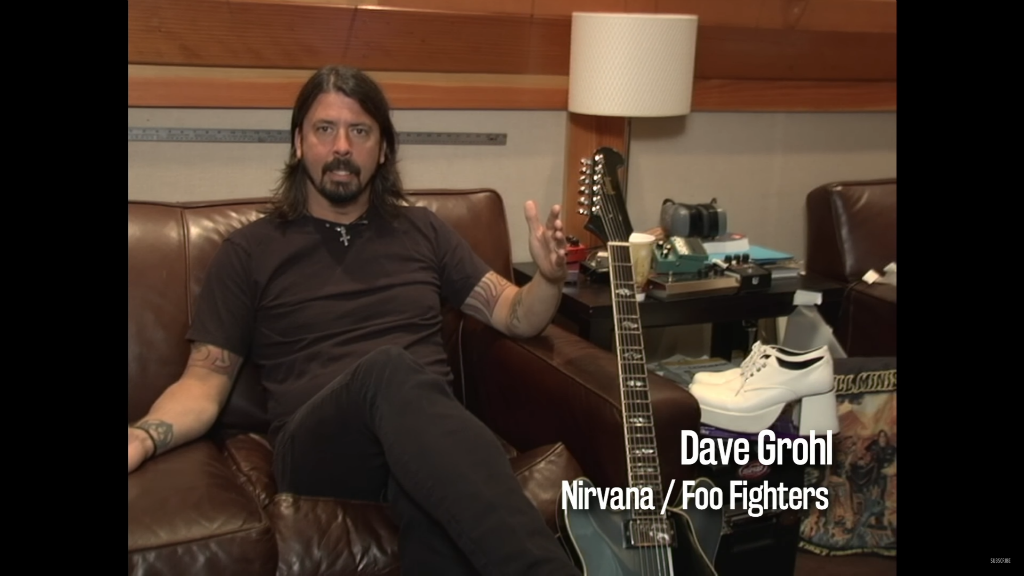 Film and music lovers, we have a real treat for you this week: the rock documentary The Smart Studios Story, by director Wendy Schneider. Joining her on our Director’s Cut couch is legendary music producer Butch Vig, who is both a subject of the film and its executive producer.

The Smart Studios Story from wendy schneider on Vimeo.

If you’ve ever been touched by the music of Nirvana, Smashing Pumpkins, Garbage, L7, Death Cab For Cutie (among many, many others), you’ve been touched by the music created at Smart Studios, the legendary recording facility founded by Butch Vig and Steve Marker. Drawing on in-depth-interviews with musicians and producers, never-before-seen archival footage and a powerful soundtrack, The Smart Studios Story tells the story of the pivotal Midwest link to the global rise of Alternative Rock in the 1990’s and the unassuming Madison, Wis. recording studio at its center. The post-70’s explosion of independent music in America has many traceable roots, each with a compelling story. This is one of the most significant stories that has never been told until now.

Read more about this film, and about my interview with filmmakers Wendy Schneider and Butch Vig. 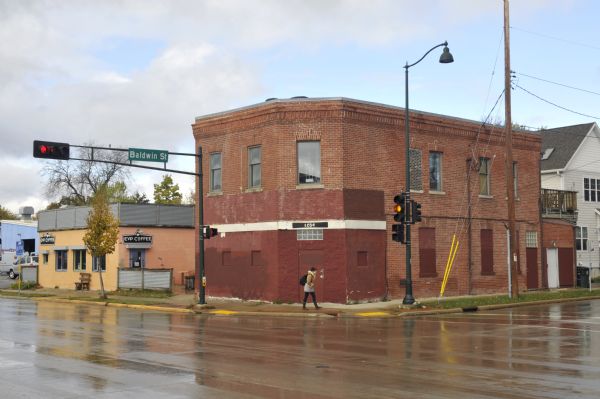 When I was a stand-up comic in the early ’90s, I worked at a comedy club on State Street a couple times a year. Every time I rolled into town up East Washington Ave., I passed this dumpy-looking two-flat on a corner without a clue what was happening inside. This little indie studio, far from the hubs of the music industry, became a driving force of alternative rock around the world.

The Smart Studios Story documents Butch Vig’s journey as a musician, recording studio founder and producer of albums that defined a generation. It all happened right here in Madison, in that little hole-in-the-wall building on E. Wash.

Vig hails from tiny Viroqua, near La Crosse. Schneider, who grew up out east, has called Madison home for almost thirty years. Like many other local legends, both landed in Madison to attend the University of Wisconsin. Vig and  friend Steve Marker partnered to open Smart Studios in the mid-1980s.

Although Schneider clearly had the chops to pull off this film no matter what, her long connection with Vig and the Smart Studios experience gives the film added resonance. At age 23, she became an intern at Smart. “They didn’t even ask for a resume,” she said, in a recent Isthmus article dubbing her a “multimedia badass.”

Schneider began this project when putting together some footage as an archival record of Smart’s history. After showing it to Vig, the two realized they had a story to tell.

Bands like Smashing Pumpkins, Sonic Youth and Nirvana all came to Madison to make their music. The band Garbage, founded by Vig and Marker, recorded at Smart as well. (In the process, they also helped end the reign of “hair bands” as we know it. If you see them around town, please thank them for that.)

One of the most interesting aspects of Schneider’s documentary is not just that all this innovative music was recorded here in Madison, but that many of the Seattle-based alternative rock bands, such as Nirvana, discovered their sound after hearing music created by Vig for local Wisconsin bands like Killdozer and Spooner.

Schneider lined up interviews with artists including Dave Grohl (above); Billy Corgan, of The Smashing Pumpkins; Donita Sparks, of L7; and Shirley Manson, of Vig and Marker’s own band Garbage. Throughout the film, Schneider weaves in outstanding archival footage from “back in the day.” As one would expect in a documentary about legendary music makers, she also has a phenomenal score.

Speaking of music: true aficionados of indie and alternative rock may also enjoy the film’s companion album. From the film’s website:

American Noise Volume 1 is the first of a series, with each vinyl release including artists featured in the film. Early works by seminal artists Killdozer, Tar Babies and Die Kreuzen are included on the first compilation along with Vig’s first band, Spooner, and a variety of Midwest indies whose sound became synonymous with Smart Studios.

This is Schneider’s second appearance on Director’s Cut, after a brief appearance on the Wisconsin Film Festival episode in 2016. She has many other film and music projects in the pipeline. As for Vig, he splits time between Los Angeles and Wisconsin when not touring with Garbage.

If you are a music fan – or just a fan of really sound filmmaking – you will not want to miss The Smart Studios Story. Please join me this Friday, May 25 for my interview with Wendy Schneider and Butch Vig on Director’s Cut at 10:30 p.m. And stick around after our interview, when Director’s Cut will air the full-length film The Smart Studios Story.