'Director's Cut' returns May 9 with 'Independent Lens: When Claude Got Shot' - PBS Wisconsin
Skip to content 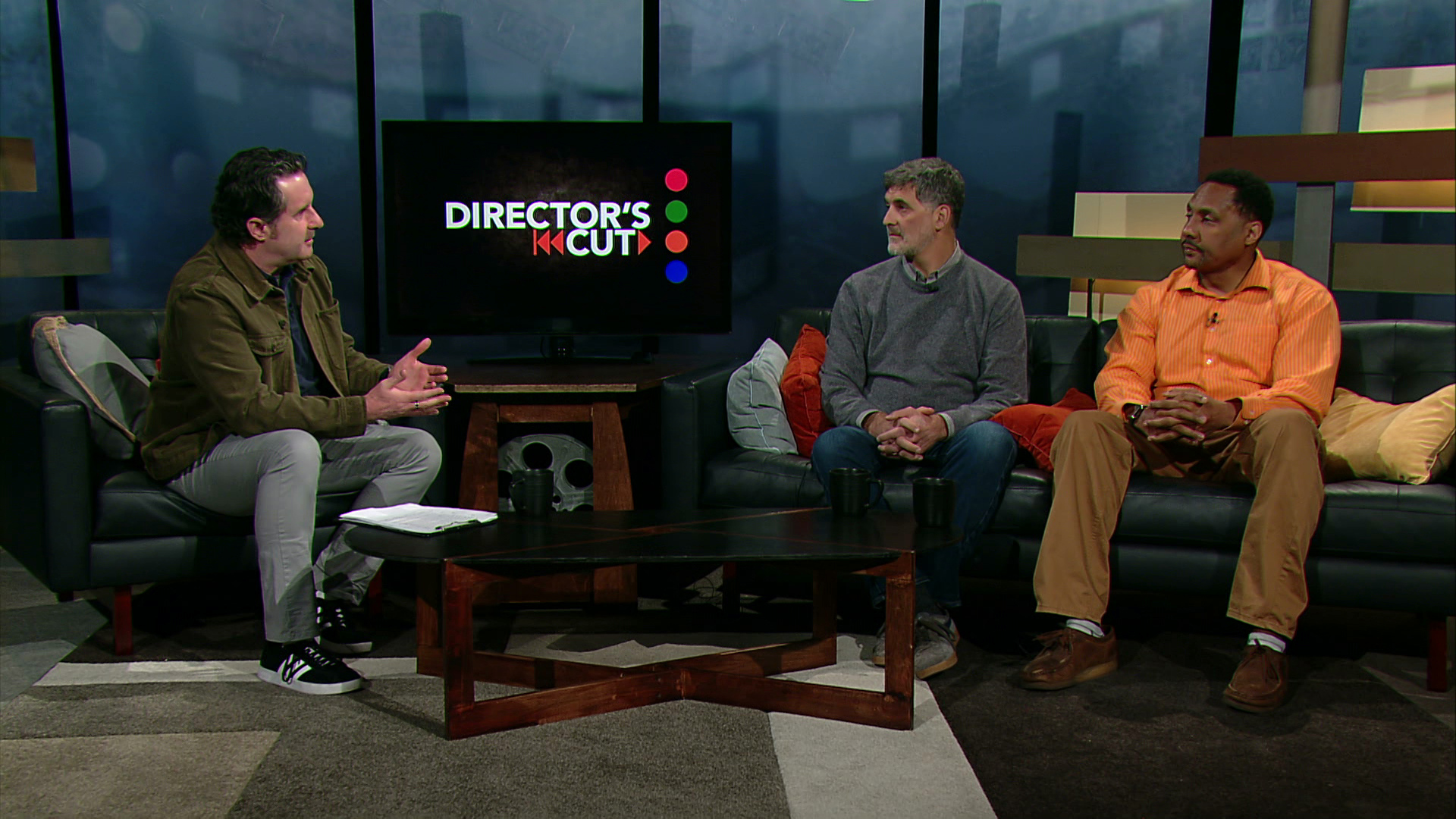 ‘Director’s Cut’ returns May 9 with ‘Independent Lens: When Claude Got Shot’

Director’s Cut is back on PBS Wisconsin at 8:30 p.m. Monday, May 9 for a special broadcast before Independent Lens: When Claude Got Shot. My guests are director Brad Lichtenstein and the subject of his newest documentary, Claude Motley. It was an absolute pleasure discussing their gripping and thoughtful film When Claude Got Shot.

When Claude Got Shot is a moving and at times shocking story about inner-city violence, survival, healing and, ultimately, forgiveness. The film was shot on the streets of Milwaukee where Motley, who had just returned to his hometown for a high school class reunion, became the victim of an attempted carjacking and ended up getting shot in the face by a 15-year-old boy. Motley survived after somehow managing to drive himself to the hospital. In the months that follow, he deals with his injuries, both physical and mental, as well as financial stress from the harrowing incident which he very candidly discusses during our interview.

During the film, in a stunning plot twist, Motley’s shooter, Nathan King, was shot just a few days later while trying to rob Victoria Davison, a nurse returning home from work. Davison managed to retrieve her gun from her purse during the attack. King’s injury from the gunshot left him paralyzed from the waist down and confined to a wheelchair, seemingly for life. Lichtenstein’s film shines a light on gun violence and how in just a matter of days it changed three lives forever.

Motley is an engaging leading man. He left inner-city Milwaukee for the serene suburbs of Charlotte, North Carolina, which makes what happened to him not only more unlikely but speaks to the commonness of gun violence. The affable Motley is the father of three and was attending law school when this life-altering incident occurred. Watching how he deals with the hand he’s been dealt and hearing him speak to it during our interview is uplifting to say the least. The grace and positivity he shows while working though his anger toward the young King is truly inspirational. In the film’s final scene, there is an attempt at restorative justice as Motley and King actually meet and reflect on what happened. Motley’s thoughts on the meeting during his time on our set are something not to be missed.

The award-winning Brad Lichtenstein is a great interview. His insights on filmmaking should be seen by every aspiring documentarian and film fan. He’s also a Director’s Cut alum appearing a few years ago to discuss his film Penelope. Lichtenstein’s film As Goes Janesville was Emmy nominated and was also featured on Independent Lens.

The Milwaukee-based Lichtenstein and Motley were actually friends before Claude was shot, which gave the director early access to his friend in the wake of the shooting and helped him chronicle Claude’s healing journey. Motley has interesting thoughts on taking part in the film and putting his life front and center. Something I did not expect during our interview was when Lichtenstein explained that Claude’s son was actually staying with Lichtenstein’s family the night of the shooting, and it was Brad who was forced to break the terrible news about what happened to Claude’s son.

If you’re a Director’s Cut fan, this is an episode not to be missed. Tune in to watch our discussion about this remarkable film and the friendship of these two men, who, in making this captivating film, do their part to address gun violence in America.