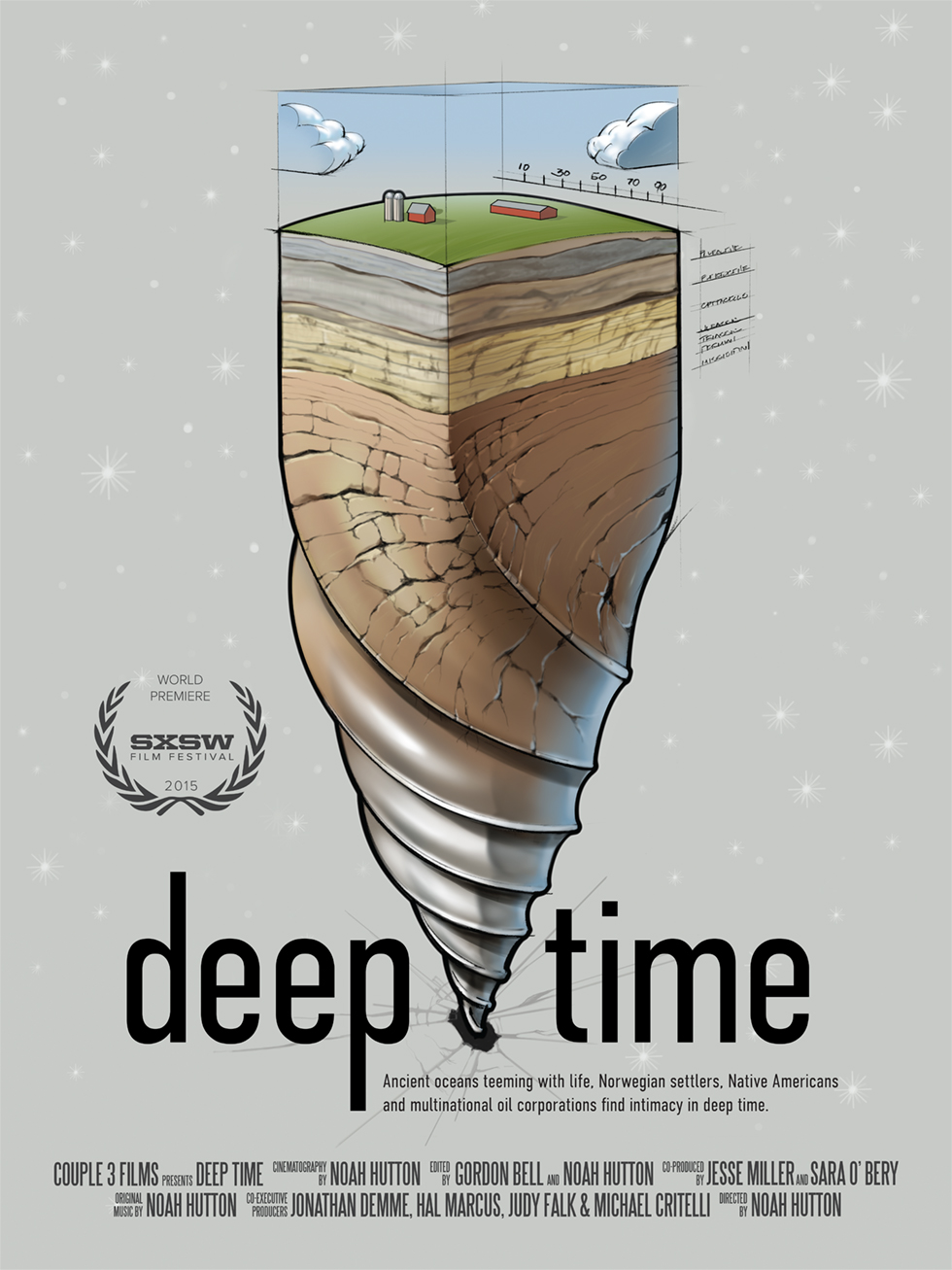 This week on Director’s Cut, I’m joined by director Noah Hutton to discuss his award-winning documentary Deep Time. Deep Time explores how the oil boom, one of the biggest in recent history, has affected a small community in North Dakota.

Hutton’s first film Crude Independence, executive produced by Jonathan Demme, also dealt with the oil boom in North Dakota. He has dedicated a big part of his young life to telling two stories about this hot-topic issue and industry. You’d be well served to watch one of them this Friday night.

Ancient oceans teeming with life, Norwegian settlers, Native Americans and multinational oil corporations find intimacy in deep time. Following up his 2009 feature Crude Independence, Deep Time is director Noah Hutton’s ethereal portrait of the landowners, state officials, and oil workers at the center of the most prolific oil boom on the planet for the past six years. With a new focus on the relationship of the indigenous peoples of North Dakota to their surging fossil wealth, Deep Time casts the ongoing boom in the context of paleo-cycles, climate change, and the dark ecology of the future.

Deep Time takes a thoughtful approach to telling the story of how a town reacts when the oil companies and roughnecks roll into town. Many in the town welcome the economic benefits, while others see only the negative effects of this transient business. These include dangers to the environment, higher crime rates and ridiculously high rents – during one stretch, the highest in the country, even more than San Francisco or New York!

The film is especially topical given the recent incidents at the Standing Rock Indian Reservation, with protests opposing construction of the Dakota Access Pipeline. Many Badger basketball fans are already familiar with the issues this film tackles because of the activism of UW standout Bronson Koenig, a member of the Ho-Chunk Nation.

This is not a new issue; pros and cons have been debated since the industry came into existence. Hutton tells both sides of the story. Still, he admits that as a filmmaker, it’s impossible to not let your own point of view spill through the lens.

What makes Hutton’s film about the oil industry unique, in my opinion, are the choices he makes to enhance his storytelling. He opts not to use a narrator, which isn’t all that rare but can be a risky choice in a documentary. In doing so, Noah lets the “characters” speak directly to the viewer, without a middle man. He also uses the musical score, which he composed himself, expertly and subtly. These and many other directorial tools enhance the story this director tells about an issue close to his heart.

The patience shown by Hutton and other documentary filmmakers staggers me. They often begin to create their films knowing what they want to say but having no idea what their footage will tell them in the end. To give an example of his dedication to his craft, Hutton is currently in year eight of a ten-year documentary film project called Bluebrain, based on the Blue Brain Project in Geneva, Switzerland. How’s that for patience? As with most filmmakers, there’s no guarantee of big bucks at the end of the tunnel.

Hutton’s parents are actors Debra Winger and Timothy Hutton, so it’s safe to say that filmmaking is in his blood. And after two projects about the oil industry in North Dakota, we can assume he will forever have oil on the brain.