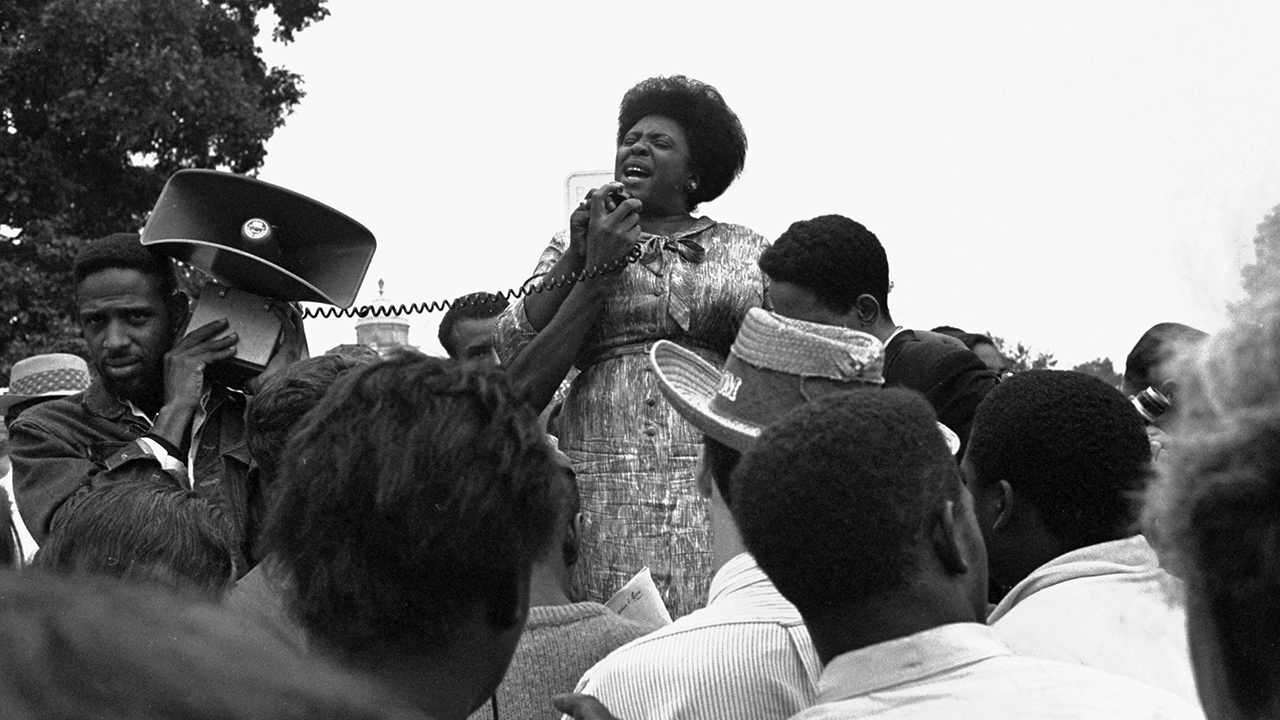 PBS Wisconsin invites you to celebrate the trailblazing women of American arts and music, storytelling, civil rights and military service with these programs airing this month and streaming anytime online and on the free PBS App of your Roku, other streaming devices, phones, tablets and Smart TVs.

We also invite you to explore Wisconsin Women Making History, a growing digital resource dedicated to the remarkable women who have contributed to Wisconsin’s state legacy.

AIRING ON PBS WISCONSIN IN MARCH

Dolly Parton: 50 Years at the Opry

A celebration of the country music legend’s 50 years as a member of the Grand Ole Opry, watch Dolly Parton deliver her biggest hits on one of the world’s most iconic stages.

Explore the life of the late Nancy Zieman, PBS Wisconsin’s longtime host of Sewing With Nancy.

Enjoy a 50th anniversary tribute to Carol Burnett’s career, including clips, memories and interviews with friends and fellow comedians.

Loretta Lynn: My Story in My Words

Finding Your Roots: Reporting on the Reporters

Hear the powerful, poignant stories of a group of diverse female veterans as they transition from active duty to civilian life after serving tours of duty in Iraq and Afghanistan.

Great Performances at the Met: Renée Fleming in Concert

The beloved American soprano performs at the intimate music salon of Dumbarton Oaks in Washington, D.C.

Pop singer-songwriter Maggie Rogers plays songs from her hit album “Heard It in a Past Life.”

Discover the ingenious inventor behind the pretty face as the Hollywood star tells her own story in a newly discovered interview. Hedy Lamarr’s pioneering work is the basis for secure Wi-Fi, GPS and Bluetooth.

Explore the life of Flannery O’Connor whose provocative fiction was unlike anything published before.

Examine the life of civil rights legend Fannie Lou Hamer, with firsthand accounts by those who knew her and worked side by side with her.

Independent Lens: 9to5: The Story of a Movement

When Dolly Parton sang “9 to 5,” she was singing about a real movement that started with a group of secretaries in the early 1970s. Their goals were simple — better pay, more advancement opportunities and an end to sexual harassment — but as seen in 9to5: The Story of a Movement, their fight that inspired a hit would change the American workplace forever.

One hundred years after the passage of the 19th Amendment, The Vote tells the dramatic culmination story of the hard-fought campaign waged by American women for the right to vote, a transformative cultural and political movement that resulted in the largest expansion of voting rights in U.S. history.

This 2011 documentary takes a provocative look at a Milwaukee-born University of Wisconsin graduate who became the only American woman ever executed on the direct order of Adolf Hitler for her involvement in the Berlin resistance movement.

Emma Toft: One With Nature

Come explore the work of an environmental pioneer in Wisconsin’s Door County. Despite commercial development just down the road, Toft Point near Bailey’s Harbor remains as it was over a thousand years ago. Emma Toft was a lady of the wilderness and was willing to fight for the land and the respect of plants and animals. This is a story of her preservation and perseverance.

American Masters: How it Feels to be Free

Join a team of archaeologists as they examine one of the most significant Viking graves ever found and test the DNA of the remains of the female warrior buried inside, rewriting our understanding of Viking society.

Illuminating the stories of extraordinary American heroines from the early years of feminism, American Masters — Unladylike2020 is a multimedia series consisting of a one-hour special for broadcast and 26 digital short films featuring courageous, little-known and diverse female trailblazers from the turn of the 20th century.

Based on the book, “The Woman Who Smashed Codes: A True Story of Love, Spies, and the Unlikely Heroine Who Outwitted America’s Enemies,” The Codebreaker reveals the fascinating story of Elizebeth Smith Friedman, the groundbreaking cryptanalyst whose painstakingly worked to decode thousands of messages for the U.S. government.

Great Performances: The Magic of Callas

Explore the legacy of superstar Maria Callas in this documentary detailing her 1964 comeback at London’s Royal Opera House in “Tosca,” featuring insights from fans including Rufus Wainwright and opera stars Thomas Hampson and Kristine Opolais.