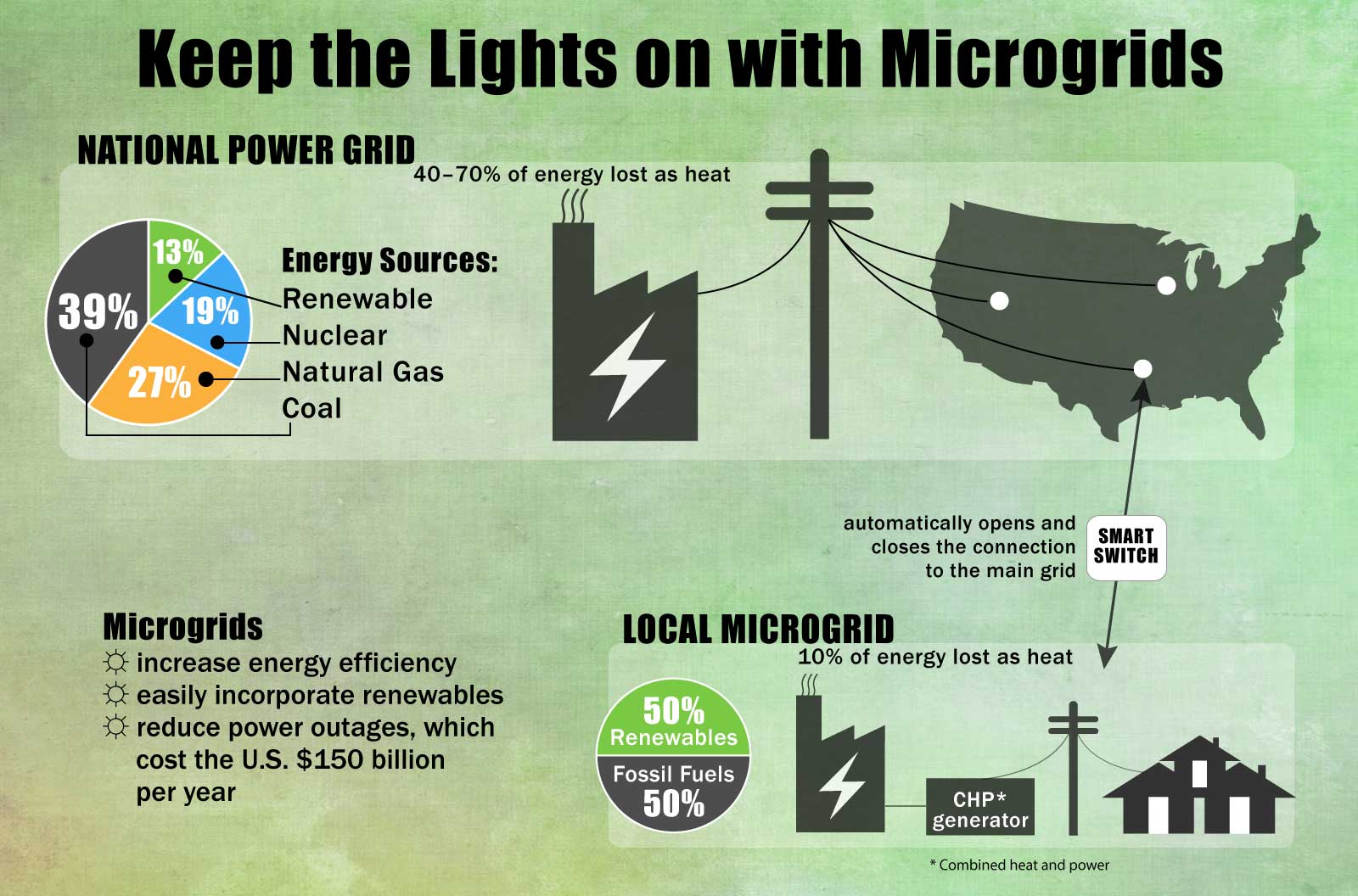 Wouldn’t you know, all of the electricity used in the United States is supplied via three huge electric grids, called interconnections. There’s an eastern interconnection, and a western, and the third – the Texas interconnection – covers most of the Lone Star State.

Furthermore, America’s power grid is old. For example, the average power line is 25 years old. Like anything old and massive, parts can breakdown. Remember the power outage that left much of the northeast U.S including New York City in the dark in 2003? That was caused by a single tree branch in Ohio.

Wisconsin Public Television, as part of QUEST: The Science of Sustainability, recently looked into what’s being done to improve the production and delivery of power in America. Author and UW-Madison graduate assistant Eleanor Nelsen writes, “Planning is underway to replace the aging U.S. power network with a new, “smart” grid, one that’s energy efficient and flexible enough to handle variability in both supply and demand  – and one that can isolate electrical crises before they spread.”

One of the first steps to building this “smart” grid might be to incorporate several microgrids that help power individual buildings or vast neighborhoods, resulting in increased use of renewable energy and better overall energy efficiency. Read the full story Microgrids: Electricity Goes Local.

For more on the current state of our power grid and a fascinating look into how a single tree branch caused the 2003 northeast power outage, watch America Revealed “Electric Nation.”