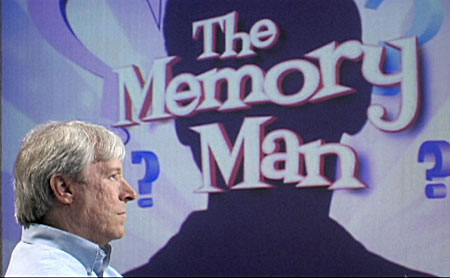 Director’s Cut kicks off its eighth season with the documentary “Unforgettable.” Director Eric Williams and his brother Brad – the subject of the film – join us to discuss the film, as well as Brad’s condition known as hyperthymesia. People afflicted with hyperthymesia have an unbelievable ability to not only remember specific events throughout their lives, but the actual dates on which they occurred. When given a random date, Brad can recite the day’s happenings – from the newsworthy to the mundane. Absolutely remarkable!

As a newscaster in La Crosse, Brad has read and reported on tons of stories throughout his career, further filling his brain with even more information. I think it’s a safe bet he’s using more than ten percent of his brain. The rest of us are such slackers!

Director Eric Williams has been a writer for years. His most notable writing credit at the studio level is the screenplay for the John Travolta-Dustin Hoffman film “Mad City.” Despite writing other narratives, Williams’ primary focus is documentaries, and “Unforgettable” is a story that has been with him his whole life. The brothers are soft spoken but enthusiastic and complement each other well while navigating an interview.

“Unforgettable” has many memorable (see what I did there?) moments, including Brad’s many appearances on national news shows, as well as his appearance on “Jeopardy”. In the film, there is a great scene where he and all-time “Jeopardy” champ Ken Jennings square off in a game of trivia. Wondering who wins? To be honest, I forgot (Bing! Did it again!). Sure I could tell you, but instead do yourself a favor and tune in Friday night at 9:35 p.m. to see for yourself. The full film airs right after my interview with Brad and Eric.

Get a head start on your viewing and watch the interview right here now.