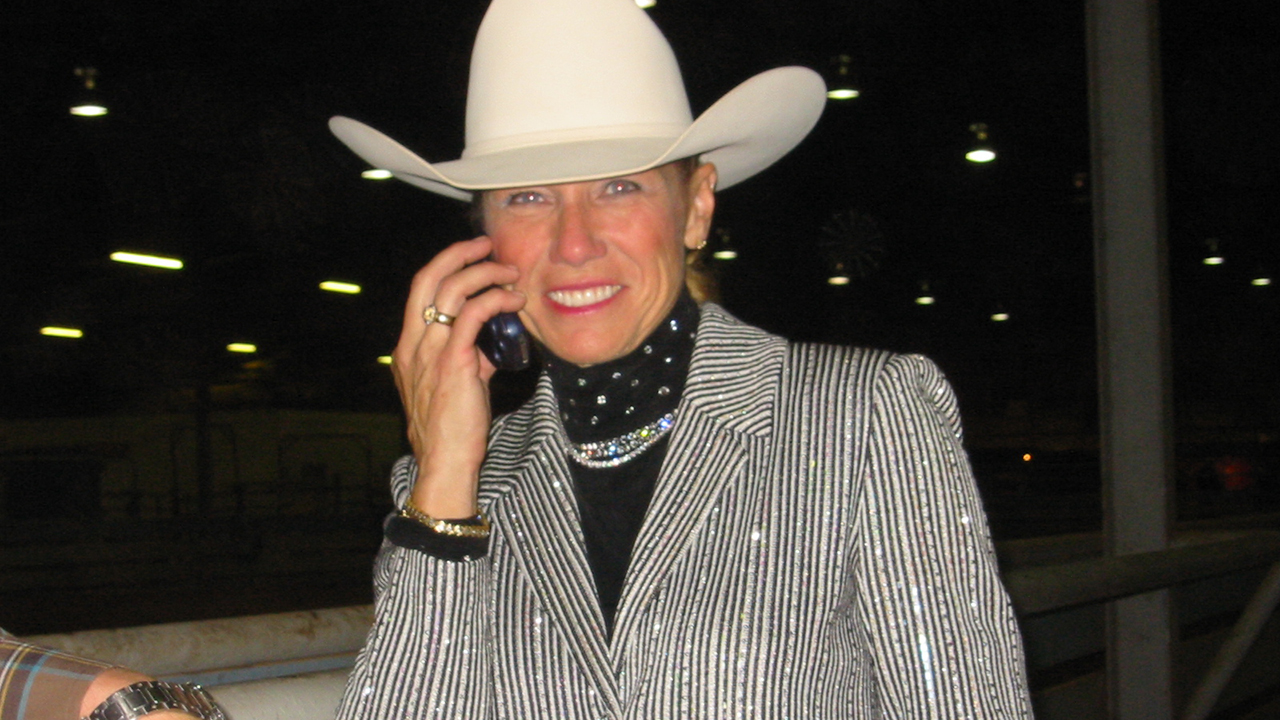 Okay, film fans – this week on Director’s Cut, we answer the question Wisconsinites have been asking forever: “Is it possible to embezzle more than $50 million dollars from a small town?” Brace yourself. The answer is yes. That is, if you do it over the course of two decades. Director Kelly Richmond Pope joins me at 10 p.m. Friday, July 16 to discuss her documentary All the Queen’s Horses and put an exclamation point on our 13th season!

The antagonist in Pope’s film is Rita Crundwell, who was a city official in the little town of Dixon, Illinois. More specifically, she was the town comptroller (more on this word later). How she managed to steal so much money from a town with a minuscule budget is an absolute wonder. Her transgressions started small then escalated, so much so that Crundwell built her own personal horse breeding empire while slashing police budgets, neglecting infrastructural needs and cutting staff. When she was done raiding the taxpayers’ coffers, her crime was the largest case of municipal fraud in American history. While watching the film, you can’t help but wonder how on earth this extraordinary crime could take place in such a small town.

Sometimes a story and storyteller are perfectly matched, and this is one of those cases. All the Queen’s Horses is Pope’s feature-length directorial debut. As someone who says she has always loved film and documentaries, it was an easy choice for Pope to tell this particular story. Her day job? She is a professor at DePaul University. In addition to teaching ethical leadership, she teaches forensic accounting, managerial accounting and financial accounting. Needless to say, when I first learned this about her, I was a little intimidated, but I felt good heading into the interview because when it came to math, I was a solid C student. Seriously though, just how much does Pope love accounting? In her spare time, her favorite hobby is researching white-collar crimes. Her love of all things numbers led her to this project and made it a story she had to tell.

I thought one of the most interesting aspects to her story was how collectively embarrassed an entire town can feel after a crime like this takes place. No one in Dixon sounded the alarm or suspected anything, despite the fact that basic services were not being accounted for and their city was in ruin while its chief financial officer was decked out in fancy rhinestone threads and making the rounds at horse shows. Adding insult to injury was the fact that it took a neighboring town with a similar annual budget to call attention to the fact that things didn’t seem right in Dixon. Like many documentarians, Pope had to gain the trust of the residents of Dixon who eventually spoke to her quite candidly about their shame.

This is a really entertaining documentary that will keep you shaking your head. Pope makes an already interesting story entertaining and educational for those of us who might struggle with numbers. Even though math has never been my thing, I do love words and for the life of me I don’t understand how the word “comptroller” came to be. It has no fluidity, is contrived and sounds like someone was trying to create an intelligent sounding word so that no one asks questions. It worked for 20 years for Crundwell. Stick around after my interview with Pope to watch All the Queen’s Horses on Director’s Cut Presents at 10:30 p.m. Friday, July 16 on PBS Wisconsin – your home for independent film!