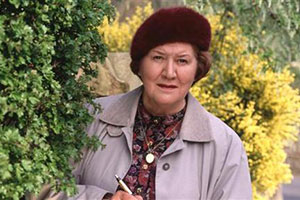 A Look Ahead With WPT’s Director of Programming 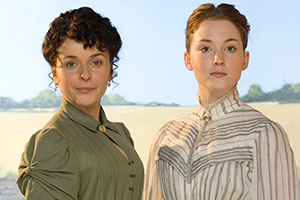 Lark Rise to Candleford
If you look around the dial at all the dramas on broadcast network and cable television you will notice one common thread: the shows tend to deal with the absolute worst of human nature. It’s all there – murder, deceit, backstabbing, cheating, and any form of depravity you can name. Of course, some of these themes can be found in public television dramas, particularly our mystery series like Poirot, Sherlock or Wallander.

Independent Lens “As Goes Janesville”
By now you may have heard a thing or two about this film by filmmaker Brad Lichtenstein. In fact, if you haven’t I’d be surprised. After all, Lichtenstein has been doing a stellar job of promoting the film on social media and in appearances on several commercial media television shows. To say he’s a master promoter would be an understatement. Anyway, “As Goes Janesville” is a documentary that chronicles the plight of Janesville in the wake of the closing of the GM assembly plant in 2010. The city lost 11,000 jobs from GM and other related industries, and the economy suffered greatly as the largest employer shuttered its doors.

The documentary follows two former assembly plant workers who must seek alternative employment situations: Gayle, who ends up taking another GM job 300 miles away in Fort Wayne and travels back and forth to Janesville to be with her family, and Cindy who was laid off from Alcoa, a supplier to GM, as she takes courses to become a medical lab technician for a new hospital opening in Janesville. Their stories are engrossing and moving to say the least. “As Goes Janesville” also manages to land itself in the middle of the budget bill and union morass that engulfed the state under new governor Scott Walker. The intercutting between the various stories and cast of characters is what makes this a film worth watching. Independent Lens “As Goes Janesville” premieres 9 p.m. Monday, Oct. 8.

Frontline “The Choice 2012”
Every four years we get two presidential candidates who speak to us primarily through constant and irritating television ads designed to characterize their opponent in ways that will sway the electorate. Unfortunately, this election year is no different. Fortunately, every four years Frontline comes to the rescue with “The Choice.” For two great hours of television “The Choice” gives viewers a thorough and non-biased view of President Obama and his challenger Mitt Romney. It gives us an in-depth examination of who these men really are – their pasts, their beliefs, their careers – and most importantly insight into what’s at stake in this election. You will not find a better documentary that covers these two men anywhere on television. Period. Frontline “The Choice 2012” premieres 8 p.m. Tuesday, Oct. 9 with repeats 10 p.m. Wednesday, Oct. 10 and 7 p.m. Monday, November 5 (the night before the election).

Hetty Wainthropp Investigates
Mysteries have long been a staple of the public television schedule. Let’s face it – everyone loves a good old-fashioned yarn of intrigue. In this wonderfully genteel series Patricia Routledge (of Keeping Up Appearances fame) plays a retired working-class woman who just seems to have a knack for solving all manner of crimes. Hetty is a singular character that is fun and entertaining to watch as she takes on cases that the local police may deem too small for their level of expertise. Hetty takes the case and always solves it. For a fun, engaging hour of mystery you can’t beat this series. Hetty Wainthropp Investigates premieres 8 p.m. Thursday, Oct. 18.

Secrets of the Dead “The Man Who Saved the World”
Have you ever heard of a man named Vasili Arkhipov? Yeah, me either. That is until this episode of Secrets of the Dead landed on my desk a few weeks ago. In a little known story from the height of the Cold War, “The Man Who Saved the World” recounts an amazing incident during the Cuban Missile Crisis in 1962. Vasili Arkhipov was a captain of a Soviet Foxtrot-class submarine positioned off the coast of Florida. As tension mounted between Washington, Moscow and Havana the world was so much closer to a nuclear war than was known at the time.

As the story unfolds Captain Arkhipov was given the order by his superiors to launch a nuclear torpedo at the United States. He refused, and in doing so gave the world its best, last chance to avert an all-out war. Secrets of the Dead “The Man Who Saved the World” premieres 8 p.m. Tuesday, Oct. 23, following another great new documentary at 7 p.m. titled The Cuban Missile Crisis: Three Men Go to War.