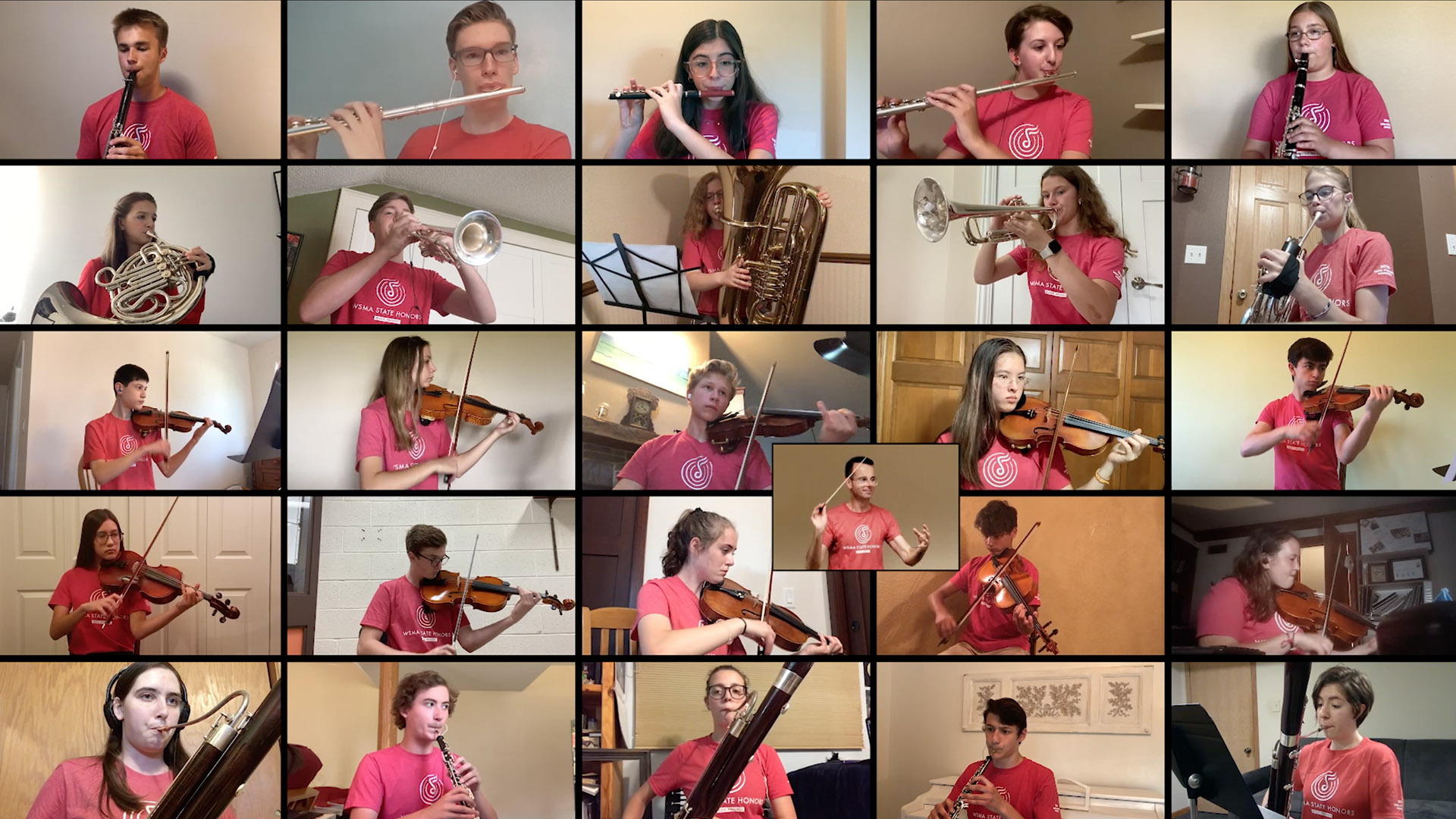 In a typical year, some of Wisconsin’s most accomplished young musicians would spend October preparing to take the stage at Overture Center for the Arts as part of the State Honors Concert series. The concerts, which are the culmination of training conducted at in-person camps held in the summer, usually draw large crowds and are broadcast around the state on PBS Wisconsin.

But 2020 has been anything but average, disrupting an untold number of celebrations and events, including the Wisconsin School Music Association’s (WSMA) State Honors Music Project. Instead of cancelling the camps and performances, however, WSMA forged ahead by finding creative ways to allow students to connect and grow as musicians in virtual spaces. PBS Wisconsin’s Samantha Nash caught up with Victoria Donahue, program director at WSMA, to discuss the changes, and how the concert experience is going virtual too.

This year’s High School State Honors Concerts compilation will premiere on WSMA’s YouTube channel at 7:30 p.m. on Thursday, Oct. 29 and will be available on demand after the premiere.

Samantha Nash: In-person contact is really an important part of music. How were you able to continue this project, even amidst the pandemic that prevents the musicians from getting together to perform?

Victoria Donahue: Technology has definitely been the key to keep this project going. We’ve used Zoom to connect not only students across Wisconsin, but also their conductors from across the United States. It allowed us to reach across the world to bring in guest composers of the pieces students were working on in Zoom meetings. We were able to actually meet them and discuss their music with them simply because of technology.

Samantha Nash: How did you bring in composers to work with the students?

Victoria Donahue: When we decided that camp would be virtual this year, we met with the conductors to brainstorm activities we could still do with students via Zoom meetings. The conductors reached out to the composers of the music they programmed to ask them if they would talk with the students about each piece, their process of composition and the meaning it held. The students were able to ask questions throughout as well, learn from them and dig deeper into their pieces because they were actually hearing from the people who wrote them.

Samantha Nash: How will the show be different for the audience?

Victoria Donahue: We’re going to premiere the compilation video using YouTube at 7:30 p.m. on Oct. 29. There will be a countdown, and anyone in the world can click and watch. The State Honors students and staff will come together in a Zoom meeting a half hour before to say hello and reconnect, and then watch the premiere together. There will also be a chat feature on the YouTube premiere, and we’re hoping that people from around the world who are watching the premiere at the same time can interact as well.

Samantha Nash: What does this program mean to the students right now?

Victoria Donahue: When we went into quarantine and everything was virtual, many students across Wisconsin had online assignments but were not able to meet with their ensembles, even virtually. They were really missing that interaction with their peers. There is a sense of family when it comes to music ensembles; they bring us together.

When we came together in June for our first virtual meeting, it was amazing to see how all the people involved – students, staff and conductors – were so thankful and excited to be together again with fellow musicians. To not only see each other, but to be able to play or sing music again. It was something I think we were all yearning for and missing, and it helped fill that void. It was so great to be back together again, even through Zoom.