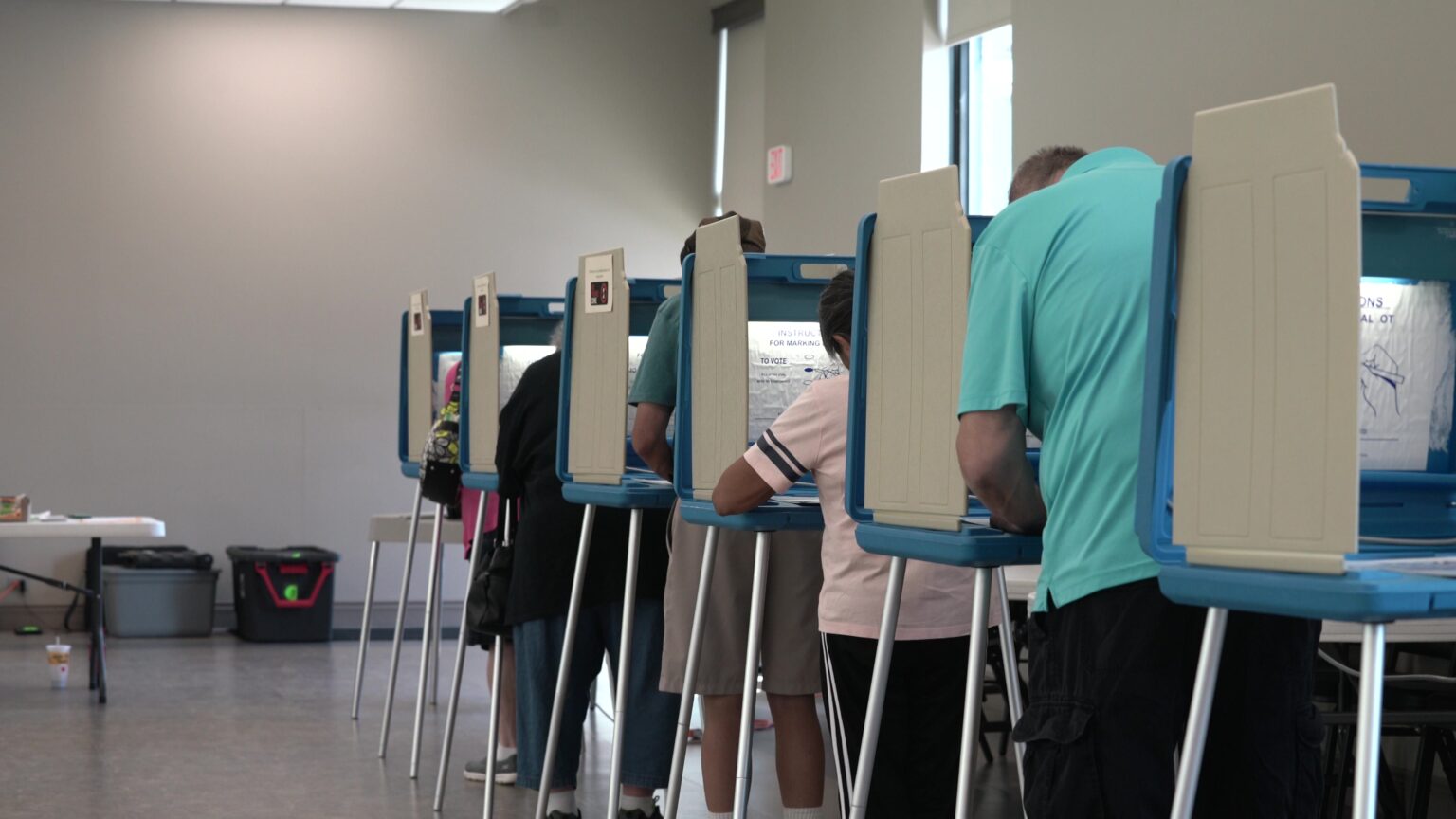 Voters cast their primary ballots at a polling place in Appleton on Aug. 9, 2022. (Credit: PBS Wisconsin)

MADISON, Wis. (AP) — Turnout in Wisconsin's primary election that featured a hotly contested Republican race for governor neared 26%, the highest for a non-presidential primary in 40 years.

Unofficial results for the Aug. 9 primary show that nearly 693,000 Republicans voted in the governor's race and more than 501,000 Democrats voted in the Senate primary. Interest fell in that race won by Lt. Gov. Mandela Barnes after his three top challengers dropped out two weeks earlier.

This year's governor's primary on the Republican side featured construction company co-owner Tim Michels, who was endorsed by Donald Trump and former Lt. Gov. Rebecca Kleefisch. Michels won by about 5 points.

Barnes easily won the Senate primary. There were also statewide primaries on the Republican side for attorney general and on both sides for secretary of state, lieutenant governor and treasurer. There was also a Democratic primary for the open 3rd Congressional District seat in western Wisconsin. State Sen. Brad Pfaff won that and will face Republican Derrick Van Orden.