Under Wisconsin's near-total abortion ban, the physical and psychological risks of pregnancy and childbirth for young teenagers and girls present new challenges. 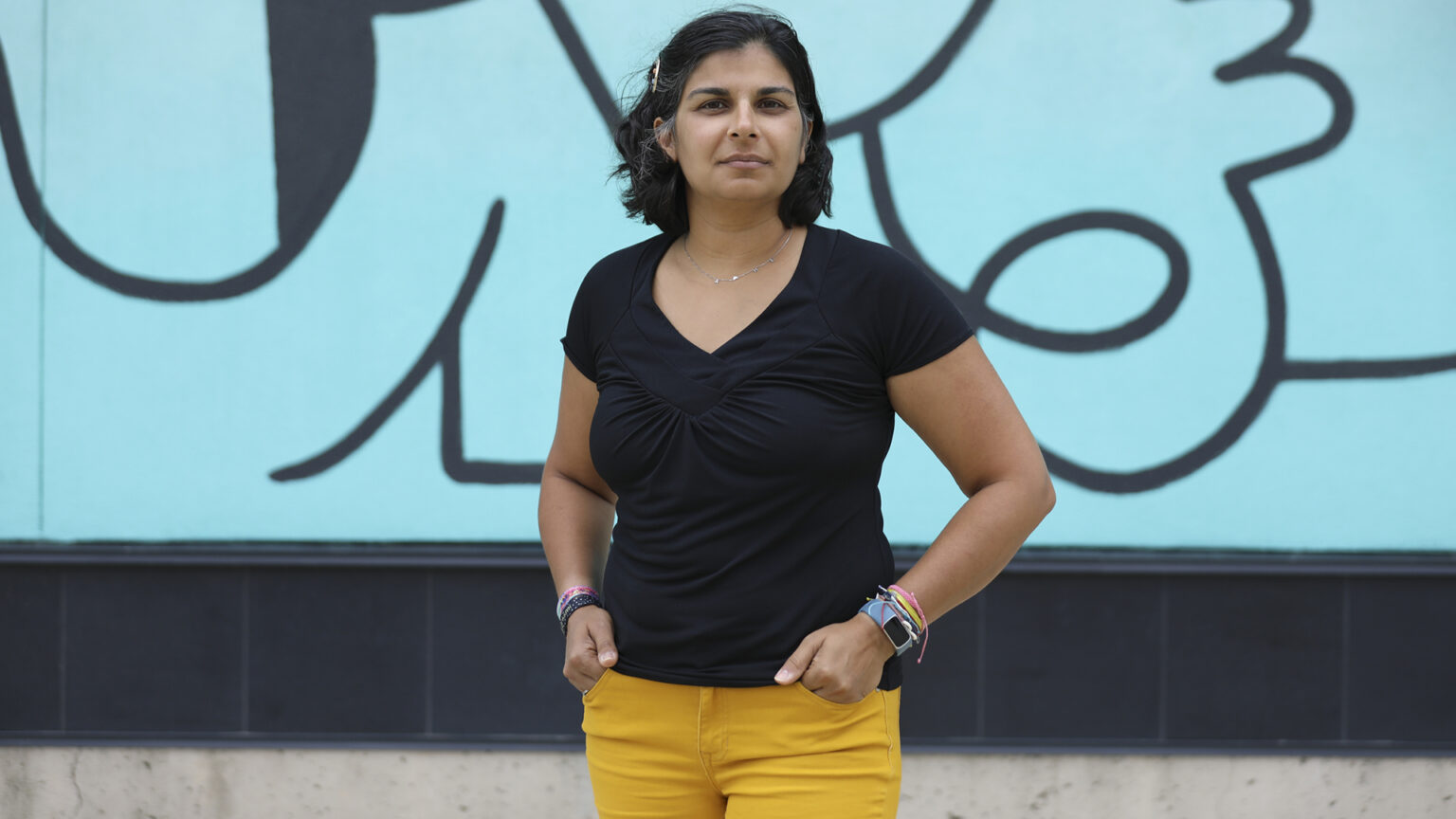 Wisconsin's near-total abortion ban only provides exceptions for "therapeutic abortions" necessary to "save the life of the mother." It can be risky for girls and young teenagers to be pregnant and give birth. "The lack of consent alone, resulting in an outcome that puts her life at risk — that’s a life-saving procedure," says Dr. Shefaali Sharma, a Madison-based obstetrician and gynecologist, photographed in Madison on Aug. 8, 2022. (Credit: Coburn Dukehart / Wisconsin Watch)

In 2020, 14 girls under the age of 15 had induced abortions in Wisconsin, according to the latest data from the Department of Health Services. In 2017, that number was 17. That same year, the latest for which data is available, 24 girls between the ages of 10 and 14 gave birth. The Department does not appear to track maternal mortality under age 15.

Molaska has seen children as young as 9 years old become pregnant. In July, the story of a 10-year-old girl made international headlines after she had to travel from her home in Ohio to Indiana to receive an abortion.

Though the DHS has recorded a small number of induced abortions in early adolescents in recent years — hovering between 17 and 11 since 2013 — these disruptive, risky pregnancies pose an even greater challenge in a post-Roe Wisconsin.

Wisconsin's age of consent for sexual intercourse is 18 years old. But Wisconsin's near-total abortion ban does not contain an exemption for rape or incest.

It does, however, contain an exemption for so-called therapeutic abortions deemed necessary "to save the life of the mother." Although the medical field universally recognizes that adolescent pregnancy comes with risks, doctors appear split on whether Wisconsin's legal exemption would apply to young teenagers and girls. 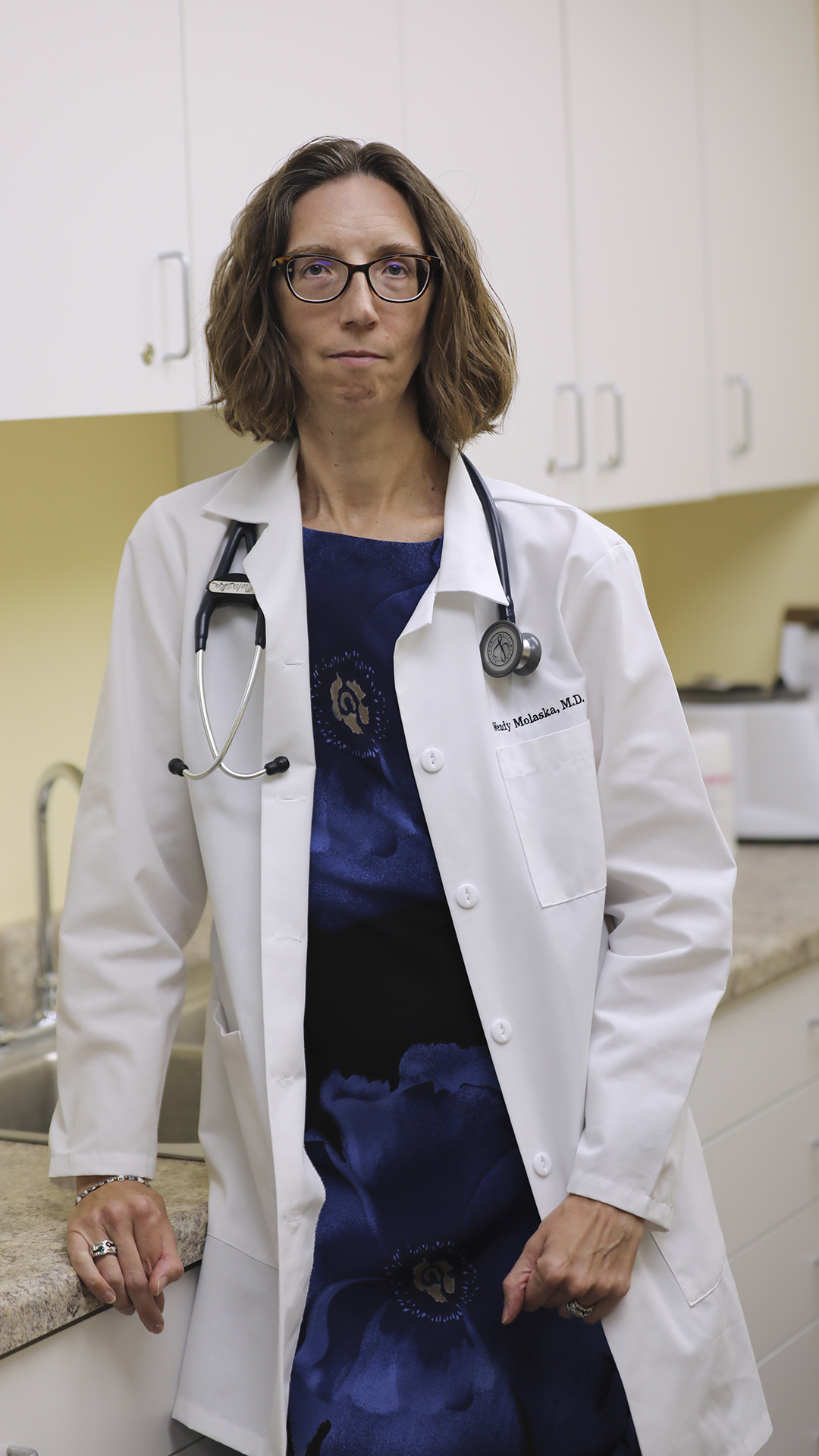 Dr. Wendy Molaska, president of the Wisconsin Medical Society, says she considers Wisconsin's default abortion law, originally passed 1849, to be outdated, vague and severe. It puts doctors "between a rock and a hard place," she says, between a malpractice suit for acting too late and a felony charge for intervening too early. She is pictured in her office in Fitchburg on Aug. 4, 2022. (Credit: Coburn Dukehart / Wisconsin Watch)

Molaska says that under the Medical Society's current interpretation of Wisconsin's ban, "it does not allow for abortion in children just due to size and age."

"This is again the gray area of medicine," she writes. "Who determines when a person's life is at risk enough to allow them to undergo an abortion?"

Pregnant girls might struggle with insufficient weight or anemia, which could lead to problems with fetal growth. They're at higher risk for preeclampsia, a condition of severely elevated blood pressure, and eclampsia, an associated seizure, as well as preterm delivery, which carries numerous complications.

Young girls — who are still growing themselves — may have narrow pelvises that prevent safe vaginal births, requiring a cesarean section. Preterm births may require a vertical, rather than horizontal, cesarean incision, which prevents any future vaginal delivery.

Abortion procedures like dilation and curettage or dilation and evacuation are "exponentially safer," says Sharma, "than a 13, 14, 15 year old undergoing a cesarean section, particularly in terms of their long-term reproductive health and autonomy in the future."

All these lead Sharma to conclude that providing an abortion to a young girl would constitute a life-saving procedure.

"She easily has an increased risk of dying in childbirth," Sharma says. "She usually has an increased risk of a very morbid delivery and cesarean section if she doesn't have other complications related to the pregnancy, like an eclamptic seizure, and, you know, lose brain function and be completely unable not only to live her own life and grow into an adult, but care for another child or baby."

Adds Sharma, "The lack of consent alone, resulting in an outcome that puts her life at risk — that's a life-saving procedure." 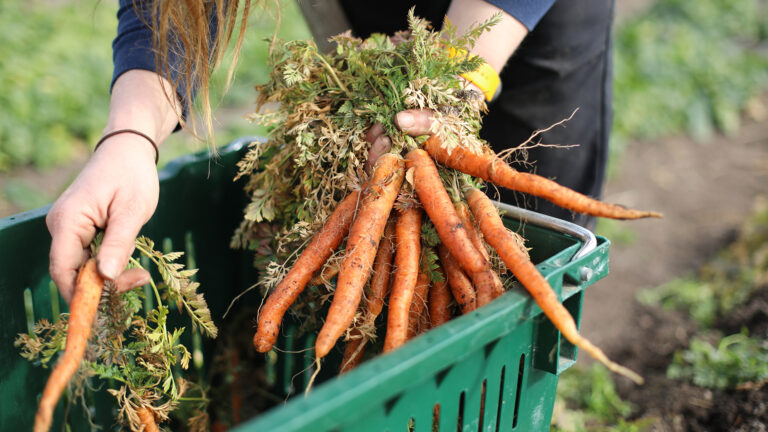 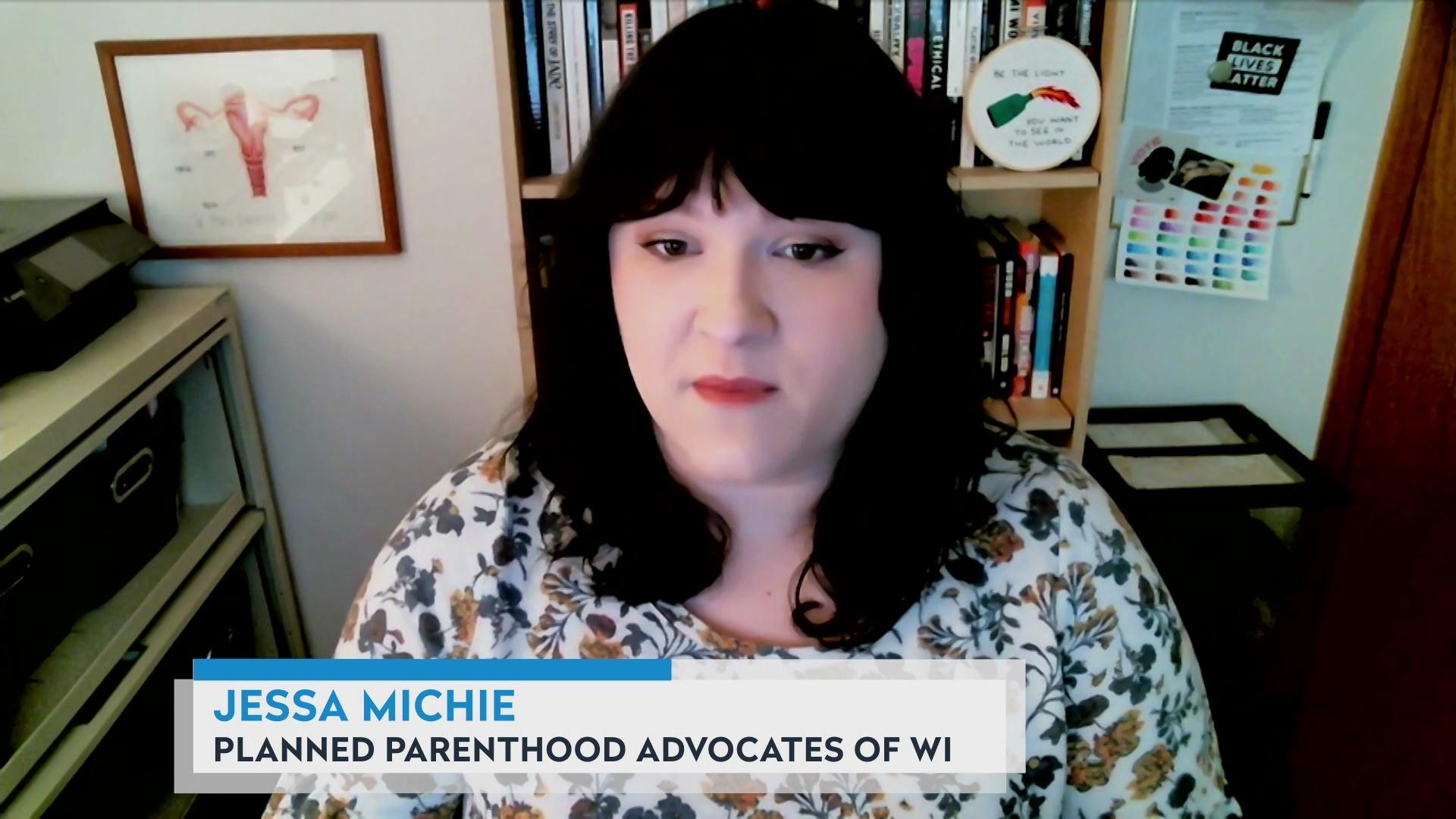 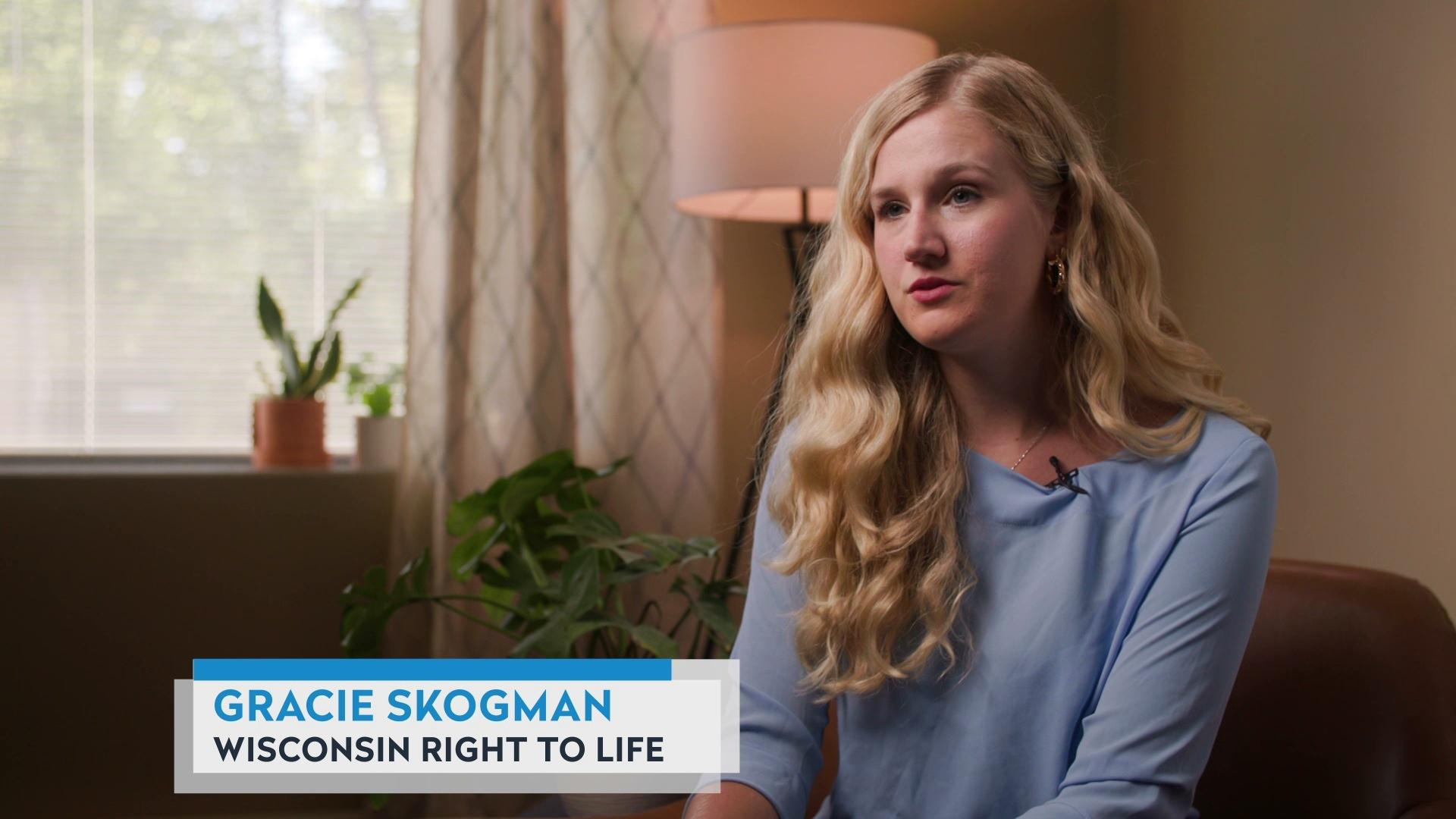 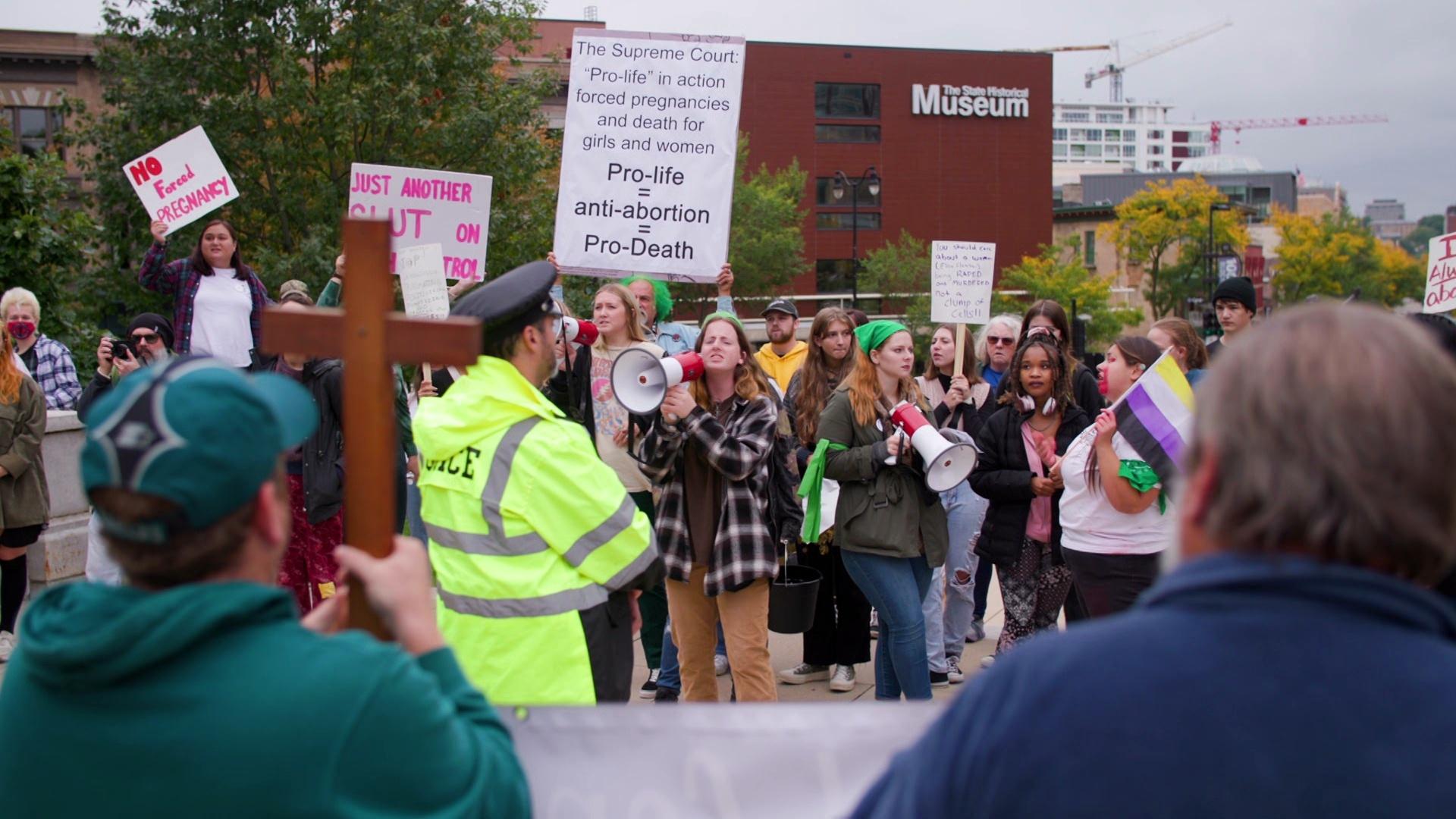 The significance of abortion in Wisconsin's 2022 election