The state’s seven-day positive case average has reached its highest peak since the beginning of the pandemic in March.

The Wisconsin Department of Health Services reported 1,348 new cases statewide in 24 hours and the state’s seven-day positive case average has reached its highest peak since the beginning of the pandemic in March.

In a DHS briefing, State Epidemiologist Ryan Westergaard attributed most of the outbreaks to young people transmitting the virus.

“We’ve had a dramatic acceleration of transmission in the state and it’s very largely driven by that younger age group of 18 to 24,” Westergaard said. “We have two challenges. One is to understand how to reduce transmission, how to prevent ongoing transmission in that younger group… and prevent them from coming into contact with older, vulnerable adults.”

In spite of the rapid spread among this age group, UW-Madison Chancellor Rebecca Blank has defended the university’s decision to reopen, saying the high transmission rates are not because of in-person instruction and instead from students’ decisions to not follow public health guidelines.

“If we’re waiting for [the virus] to be gone, we could be waiting until next year at this point,” Evers said Tuesday in response to decisions to reopen. He qualified, “you never say that you wouldn’t do something differently.”

A statewide order to wear masks indoors is set to expire September 28, however the governor did not make clear if this would be extended.

“There may be opportunities for us to do something different at that time,” Evers said. “Our ability to act and react was limited by the Republicans and their allies on the Supreme Court back in May.” 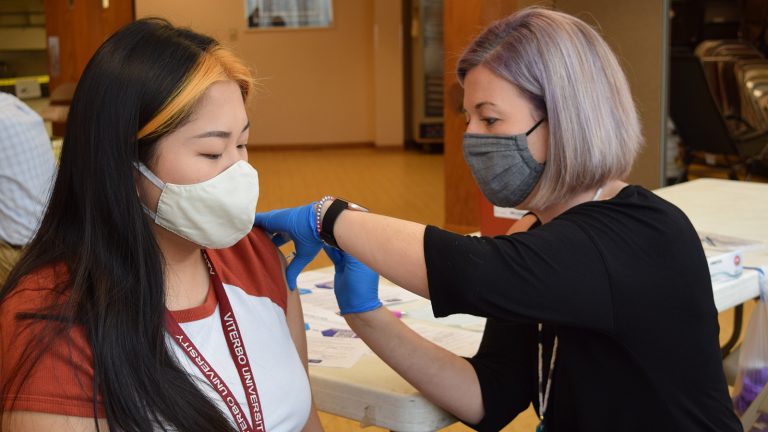