Robin Vos, the longest-serving speaker in the state's history, overcame intense criticism from Donald Trump over his response to the 2020 election, but the narrow margin of a primary win over Adam Steen suggests the power the former president still holds over many conservative voters. 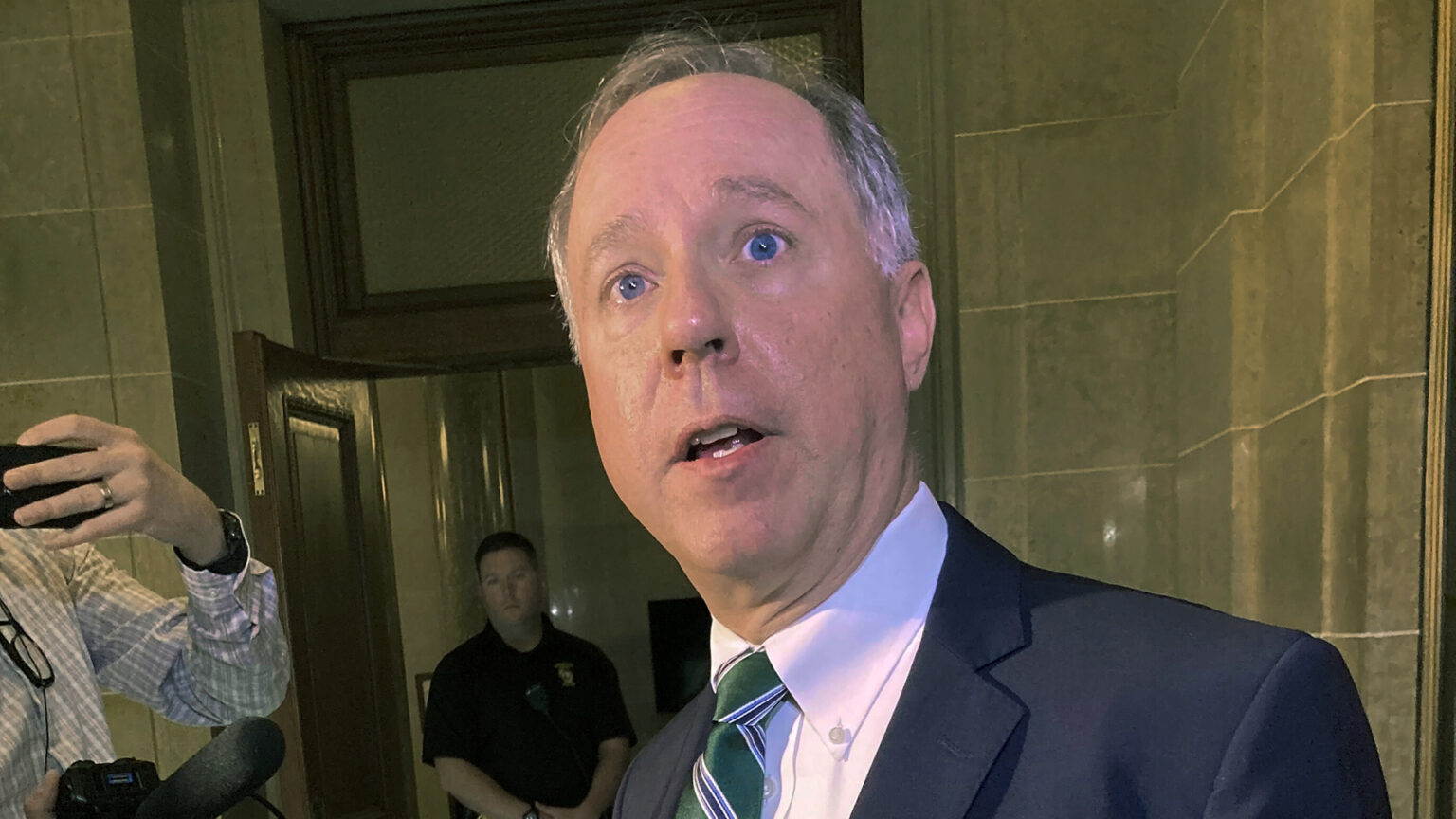 MADISON, Wis. (AP) — Wisconsin's most powerful Republican narrowly survived being targeted by Donald Trump in the Aug. 9 primary, then said his win proved that lawmakers "don't have to be a lapdog to whatever Donald Trump says."

Robin Vos, the longest-serving speaker in the state's history, overcame intense criticism from Trump and others that he hadn't pursued decertifying the 2020 election won by President Joe Biden.

But the narrow margin of his win over Adam Steen, a landlord and political newcomer, suggested the power Trump still holds over many conservative voters.

Soon after his victory, Vos lashed out at former Wisconsin Supreme Court Justice Michael Gableman, whom he hired to investigate the 2020 election results under pressure from Trump. Vos has had a testy relationship with Gableman, who ended up endorsing Steen and campaigned for him, including appearing at an Aug. 5 rally that included Trump.

Vos called Gableman "an embarrassment to the state" and said "he embarrassed himself." Vos said Assembly Republicans would meet in the subsequent week to discuss Gableman's investigation and what to do next. Five lawsuits are pending related to the investigation, which has cost taxpayers more than $1.1 million and which Vos put on hold earlier this year.

Asked if he regretted hiring Gableman, Vos paused, then said, "I'm going to have to think about that."

Vos was first elected in 2004 and rose to become speaker in 2013. Vos has had a hand in every major Republican initiative over the last decade. Unofficial results show Vos beat Steen by just 260 votes, or less than 3 percentage points. No Democrats are running for the seat.

Vos, and the Republican agenda, has been largely blocked by Democratic Gov. Tony Evers the past two years. Vos fell out of favor with Trump after he refused to push to decertify Biden's win in Wisconsin. Vos, citing legal experts, said decertification was unconstitutional.

Steen ran on the platform of decertifying the election. Days before the primary, he touted his support for banning all birth control.

"This election was only about one topic. It was only about whether or not we could decertify the last election and overturn it," Vos said. "This was only a referendum on overturning the election, which is unconstitutional."

Vos' win comes in the face of Trump-aligned challengers who have been defeating Republican incumbents across the country. On Aug. 2, Arizona's Republican House speaker, Rusty Bowers, lost his bid for a state Senate seat after refusing then-President Trump’s pleas to help overturn the 2020 results and testifying before Congress about the efforts.