WILL lawsuit challenges use of federal voter registration form in Wisconsin

The Wisconsin Institute for Law and Liberty filed a lawsuit on Sept. 15 asking a judge to declare the National Mail Voter Registration Application form illegal in the state. 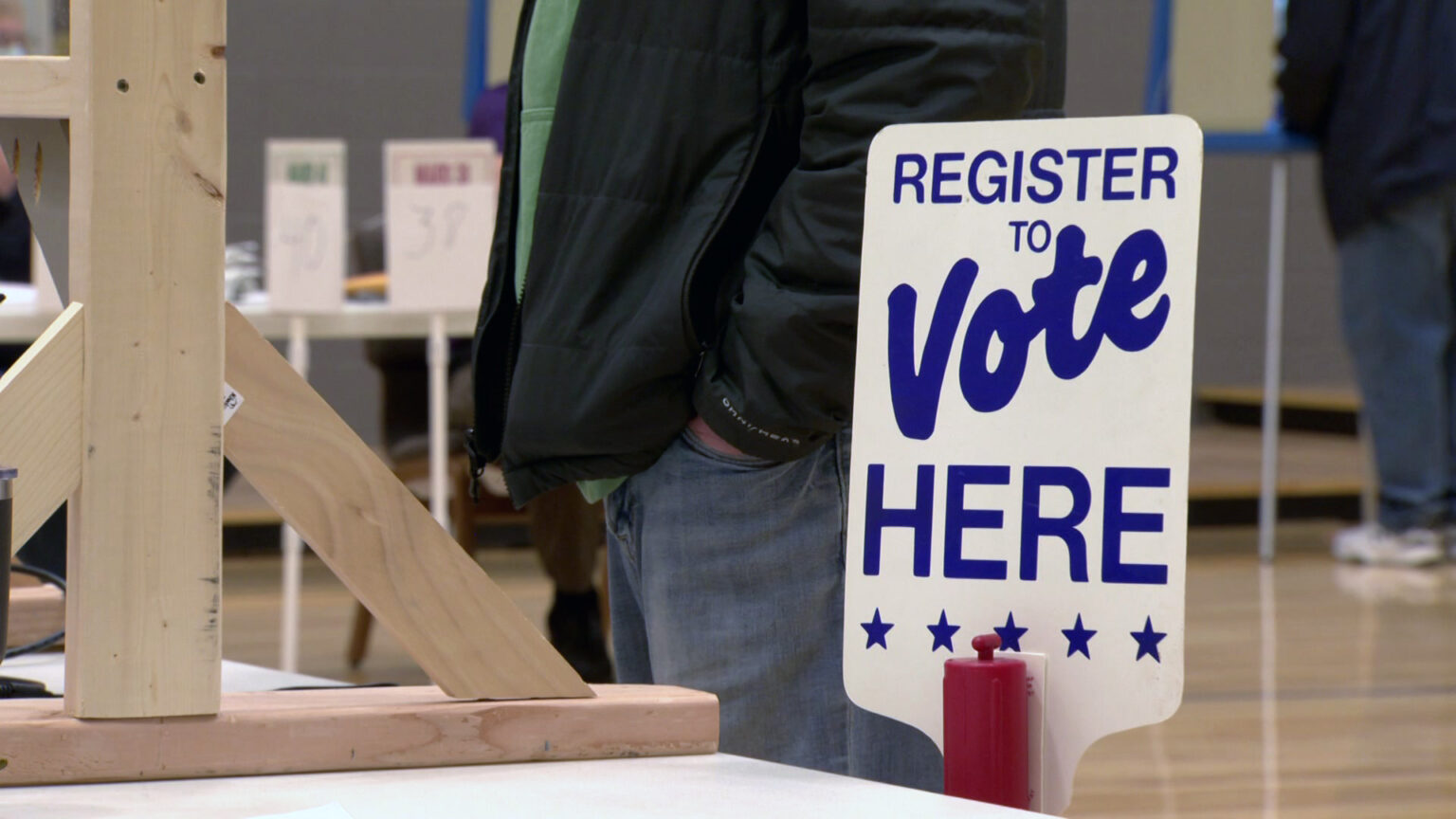 A voter stands at a same-day voter registration station at an Appleton polling place on Nov. 3, 2020. (Credit: PBS Wisconsin)

MADISON, Wis. (AP) — A conservative law firm is challenging the use of a federal voter registration form in Wisconsin, saying it doesn't meet the requirements laid out by state law.

The Wisconsin Institute for Law and Liberty filed a lawsuit on Sept. 15 asking a judge to declare the National Mail Voter Registration Application illegal in the state and order the Wisconsin Election Commission to withdraw its approval for the form because it doesn't ask for all information required by state law.

Many states are required by federal law to use the form, which is provided by the U.S. Election Assistance Commission, but Wisconsin isn't subject to such an obligation because the state allows voters to register at the polls on Election Day.

The federal form and same-day registration are far from the only ways people in Wisconsin can register to vote. Residents can also register online, at their municipal clerk's office or by mail with a state form, which is available in English, Spanish and Hmong on the election commission's website.

The lawsuit, filed in Waukesha County on behalf of Waukesha resident Richard Braun, alleges that use of the federal form is illegal because it doesn't include places to fill in information such as whether a voter has been convicted of a felony and how long they have lived in their district.

"Wisconsin law is abundantly clear on the required content of voter registration forms in Wisconsin, yet WEC has somehow approved the use of a form that fails to meet those requirements," said Anthony LoCoco, an attorney with the Wisconsin Institute for Law and Liberty. "It is a shame that, once again, a voter has to go to court simply to ensure that WEC follows the Legislature's lawful commands."

The Wisconsin Election Commission declined to comment because of the ongoing litigation. It's unclear how many people use the form to register.

The lawsuit also takes issue with the form asking applicants to list their race and party affiliation, which aren't required by law. The form's instructions make clear that it's optional for Wisconsin voters to provide the information.

The registration form includes a blank second page where clerks can fill in additional required information including the type of identification and ID number a voter uses. In a letter sent to the election commission in July raising the issue, LoCoco stated that his records requests to municipal clerks have shown that the blank page is not always used to include the required information.