What are the protections against absentee ballot fraud in Wisconsin?
Skip to content

What are the protections against absentee ballot fraud in Wisconsin?

The Wisconsin Election Commission say several measures work to guard against fraud involving absentee ballots, and also say those who illegally request ballots can be prosecuted for serious crimes. 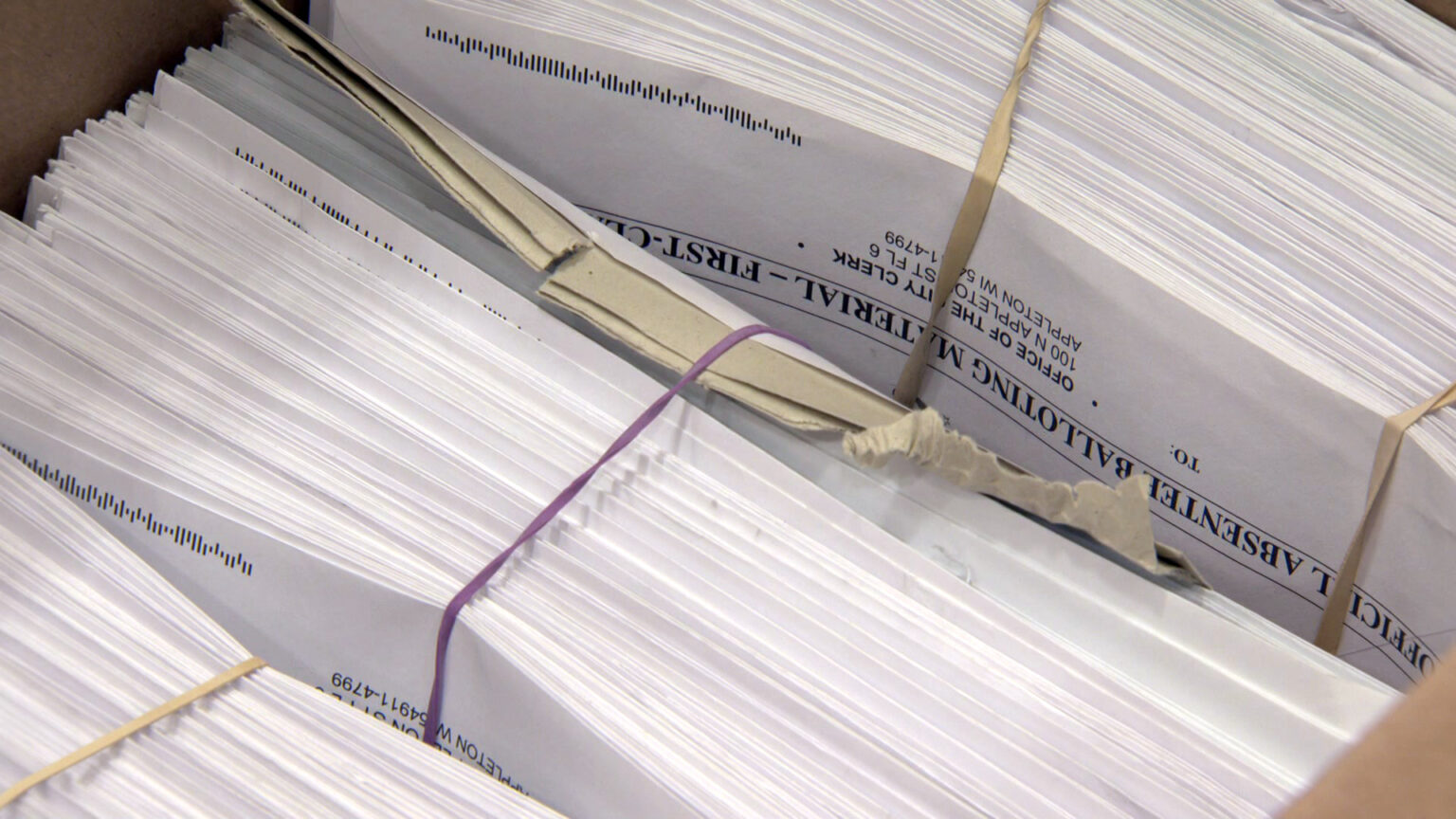 Bundles of absentee ballots sent to the Office of the City Clerk of Appleton sit in a box at a polling place in the Fox Valley community on Nov. 3, 2020.(Credit: PBS Wisconsin)

MADISON, Wis. (AP) — The Nov. 8 election is imminent, and more than 700,000 Wisconsin voters have already cast their ballots through advance voting. But news of a top Milwaukee election official charged with sending falsely obtained military absentee ballots to the home of a state lawmaker has caused some to question the absentee voting process and how Wisconsin election officials safeguard against fraud.

Wisconsin Election Commission Administrator Meagan Wolfe called the official's alleged action a setback to public confidence, but said she has "every confidence the upcoming election will be fair and accurate."

Here are answers to some of the most commonly asked questions about how absentee voting works, especially for military voters, and what is known about the steps officials are taking to prevent fraud:

What are the deadlines for absentee ballots?

How do voters get absentee ballots?

Normal voters need to make sure they've registered to vote, which involves providing proof they reside in Wisconsin. Once a voter is registered, they can request an absentee ballot online, in person or by mail by providing their photo ID, name, address and date of birth.

Though many military voters choose to register to vote, the state of Wisconsin does not require them to do so, meaning active members of the military don't have to provide a photo ID to obtain a ballot. Instead, military personnel must only give their name, address and date of birth.

What's stopping someone from lying to obtain a military ballot?

The elections commission say they and local clerks actively monitor the state's ballot requesting systems to identify irregular requests for all types of absentee ballots — such as multiple requests from the same device or same source. The commission would refer such suspicious activity to local clerks to act upon — including canceling the suspicious ballot request and alerting law enforcement.

It's not clear how quickly suspicious requests might be caught. A criminal complaint said Kimberly Zapata, the Milwaukee election official, admitted she had submitted requests under the names of fake voters five days earlier. It made no mention of the system flagging the fake requests.

When someone requests a military absentee ballot, they must list a valid Wisconsin residential address, not a business or P.O. box. When someone requests a ballot be sent to an address other than the residence listed for a voter, the election commission sends a postcard to the voter's residential address to notify them of the request as part of a new policy introduced in August. That presumably would give a voter the chance to flag a fraudulent request.

Local and state election officials can also check up on people requesting military absentee ballots if the ballot has not been sent to a military installation. However, at a news conference on Nov. 4, Wolfe didn't directly answer questions about how a clerk could verify that the person requesting a military ballot is actually a member of the military or even a real person. Instead, the election director pointed to state law, which does not require those requesting military ballots to verify their status.

Users of Wisconsin's online voting system get a reminder that falsely requesting a ballot is a serious crime, which is presumed to be a deterrent to fraud.

"The rules for requesting a ballot are pretty clear, and if folks want to violate that law it's like any other criminal law," said Mike Haas, attorney for the city of Madison and Wolfe's predecessor as head of the election commission. "The fact is, it's against the law to request a ballot for somebody else, and when that's done those individuals should be prosecuted."

Zapata, who allegedly violated election laws, faces a felony and three misdemeanor charges — one for each ballot requested.

Military ballots make up an average of 0.07% of all ballots requested, according to the election commission. As of Nov. 3, only 2,747 had been requested for the November election — about the same as the 2018 midterm.

Given how few servicemembers opt out of registering to vote by using a military absentee ballot, it's not difficult to identify when requests are significantly higher than is typical.

"This is an unusual thing, it would take a real coordinated effort to have a significant number of people exploit this," said Kevin Kennedy, who led the Government Accountability Board, the current election commission's predecessor.

According to data from the Federal Voting Assistance Program, eligible military voters are much less likely than civilian voters to cast a ballot — a statistic that's likely due to the difficulty of requesting and returning absentee ballots from their duty stations. In 2020, one-fifth of military servicemembers reported trying or wanting to vote but being unable to complete the process.

"Historically, ever since I was at the elections agency, the concern has been more focused on being able to facilitate voting for military voters," said Haas.