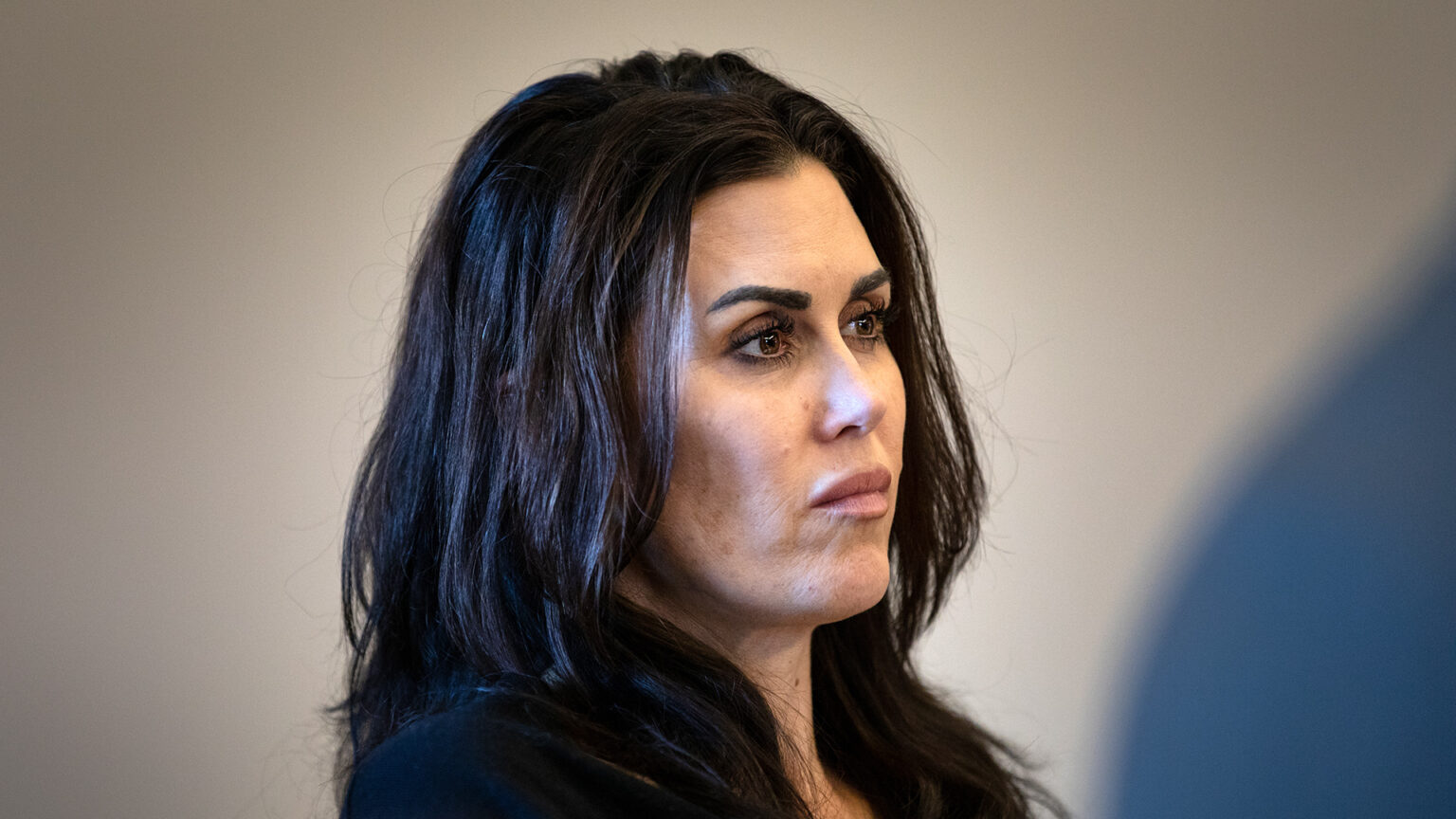 Waukesha County Circuit Court Chief Judge Jennifer Dorow is running for a Wisconsin Supreme Court in the 2023 election. In this photo, Dorow participates in a meeting for a Legislative Study Committee on Bail and Conditions of Pretrial Release, which reviewed Wisconsin's pretrial and bail system. (Credit: Emily Hamer / Wisconsin Watch)

MADISON, Wis. (AP) — The judge who presided over the trial of the man convicted of killing six people during the Waukesha Christmas parade is running for a spot on the Wisconsin Supreme Court, her husband said Nov. 29. The race will determine the ideological balance of the court.

Waukesha County Circuit Judge Jennifer Dorow is the second conservative candidate to enter the race, which also has two liberal judges running. The winner will replace a retiring conservative justice who is part of a 4-3 majority. Liberals are prioritizing the race as a way to flip control of the court heading into the 2024 presidential election in the battleground state.

Jennifer Dorow did a round of television interviews on Nov. 28 where she described the fan mail she received during the Darrell Brooks parade killings trial, which began in early October. Brooks was convicted of killing six people when he drove his SUV through the parade crowd, and in mid-November Dorow sentenced him to life in prison with no chance of release.

Dorow told WTMJ-TV on Nov. 28 that she has "been overwhelmed with the outpouring of support and encouragement to consider a run for the Supreme Court."

The Wisconsin Supreme Court has been bitterly partisan for more than a decade, with conservatives in control during that period. The court ruled on several major policy disputes, including upholding Republican-drawn legislative maps for the heavily gerrymandered state and banning absentee ballot drop boxes. Several major cases are expected to head before the court next year, including a challenge to Wisconsin's 173-year-old law banning abortion.

In 2020, the court did reject a challenge by Donald Trump aiming to overturn his election loss to President Joe Biden in the state. But both sides are girding for more election-related lawsuits surrounding the 2024 election.

Dane County Circuit Judge Everett Mitchell and Milwaukee County Circuit Judge Janet Protasiewicz, both liberals, are running, as is Dan Kelly, a conservative former Wisconsin Supreme Court justice. A Feb. 21 primary will narrow the field to two finalists for the April 4 election. The winner will take the seat in August.

Kelly, who was endorsed by then-President Donald Trump in his failed 2020 race for state Supreme Court, issued a statement encouraging voters to "consider each candidate carefully," but he didn't directly address Dorow's candidacy.

Protasiewicz will offer a sharp contrast to Dorow and Kelly, who are "right-wing extremists" and "radically out of touch," said her campaign manager, Alejandro Verdin. Mitchell did not immediately return a message seeking comment.

Wisconsin Democratic Party Chair Ben Wikler branded Dorow as an "extremist." He cited her calling the U.S. Supreme Court's Lawrence v. Texas ruling from 2003, which struck down sodomy laws criminalizing same-sex intimacy, as "a prime example of judicial activism at its worst."

Dorow made that comment in her application to then-Gov. Scott Walker, a Republican, for appointment to the Waukesha County court in 2011, according to Wisconsin Justice Initiative, which compiles and posts materials submitted by those seeking judicial appointments.

Dorow, 51, is a former criminal defense attorney who has been elected twice since her appointment and is active in the Republican Party in Waukesha County, a longtime GOP stronghold.

Dorow, has never run for a statewide office before, unlike Kelly, the other conservative candidate. Kelly was appointed to the state Supreme Court in 2016 by Walker, whose son Alex is running Kelly's campaign.

Kelly ran for a full term in 2020, but lost in an election when liberal turnout was high because it included the Democratic presidential primary.

"Dorow's lack of a proven record on key issues raises too many questions," Curry said Nov. 29.

Mitchell and Protasiewicz have been raising money and campaigning for months.

Protasiewicz has lined up more than 800 endorsements, including that of liberal state Supreme Court Justice Rebecca Dallet. Mitchell has the backing of former Democratic Gov. Jim Doyle, along with dozens of others largely in the Madison area, including the Dane County sheriff, county executive and Madison police chief.