The case is expected to ultimately end up before the conservative-controlled Wisconsin Supreme Court, but it's unclear whether there could be a ruling before the 2022 midterm election on Nov. 8. 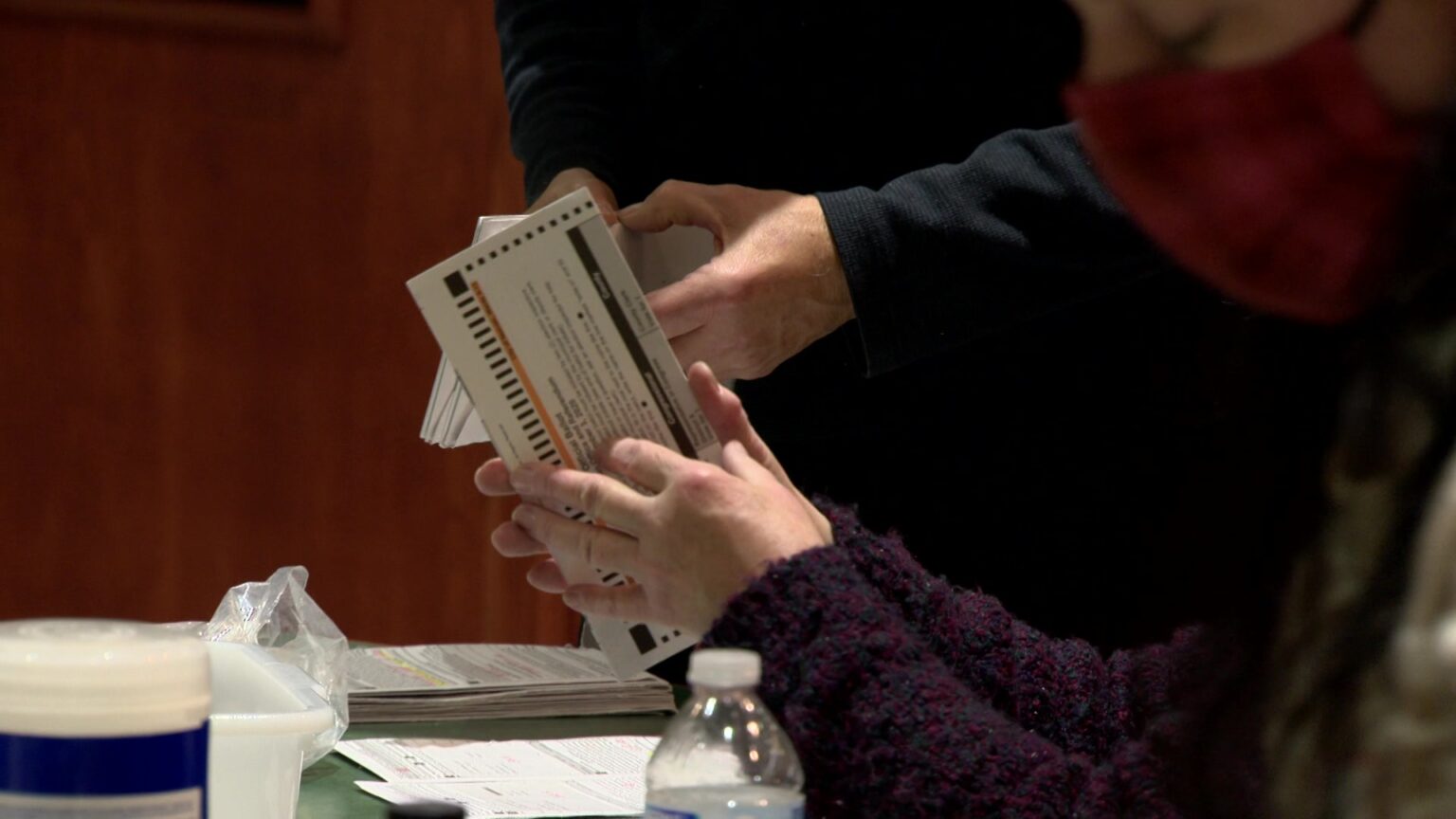 MADISON, Wis. (AP) — A Wisconsin judge sided with Republicans and declined to suspend his ruling that state law does not allow election clerks to fill in missing information on witness certification envelopes that contain absentee ballots.

The Sept. 13 ruling was expected to be quickly appealed by Democrats, who raised the concern that voters will face "whiplash" with potentially changing rules after absentee ballots are sent. The case is expected to ultimately end up before the conservative-controlled Wisconsin Supreme Court, but it's unclear whether there could be a ruling before the 2022 midterm election on Nov. 8.

The lawsuit is the latest move by Republicans to tighten restrictions on absentee voting in the swing state where Democratic Gov. Tony Evers and Republican Sen. Ron Johnson are on the ballot in November.

Waukesha County Circuit Judge Michael Aprahamian on Sept. 7 granted GOP motions and ordered that the state's bipartisan elections commission to revoke its guidance to clerks telling them they can fill in missing information on the witness certificate.

He declined on Sept. 13 to put that ruling on hold, as requested by the Wisconsin Elections Commission, the Waukesha County Democratic Party and the League of Women Voters of Wisconsin.

The judge said in denying the stay request that the Republican Party of Waukesha County that brought the lawsuit, as well as the Legislature, have a much stronger likelihood of success than do Democrats.

Jeffrey Mandell, attorney for the Waukesha County Democratic Party, argued that the stay should be issued to avoid creating "voter whiplash" with changing guidelines for accepting absentee ballots so close to the election. He noted that the guidance has been in effect for the past 12 statewide elections.

But the judge rejected that argument, saying the guidance in question only affects what clerks and local election officials can do with a ballot, not instructions to voters on what information needs to be on the ballot certificate.

The Wisconsin Elections Commission published guidance in 2016 telling clerks they could fill in missing address information, known as ballot curing. The practice was unchallenged until after Donald Trump's narrow loss in 2020 when nearly 1.4 million voters cast absentee ballots and COVID-19 vaccines weren't available yet.

The judge ruled that Wisconsin's 1,800-plus local elections officials do not have the authority under the law to modify absentee ballot certificates, nor does the state elections commission have the right to order that they take that action.

The Wisconsin Elections Commission voted 4-1 on the afternoon of Sept. 13 to withdraw its 2016 guidance on ballot curing.

Democratic Commissioner Ann Jacobs voted no because Aprahamian's order did not explicitly say to completely withdraw the 2016 guidance.

"I don't think we need to take steps we're not ordered to take," said Jacobs, who proposed a measure that would declare the commission's old guidance illegal without withdrawing it. Jacobs argued this would allow the guidance to spring back into effect should a higher court overturn the Sept. 13 ruling. Her proposal was rejected in a 3-2 vote.

Democratic Commissioner Mark Thomsen was not at this meeting, giving the group's Republican members a majority.

After the initial ruling on Sept. 7, clerks were rushing to interpret what the decision meant for which ballots they could accept.

Steven Kilpatrick, attorney for the elections commission, said the court's action prevents the commission from telling clerks what constitutes an address that can be accepted on an absentee ballot witness certificate.

"Now there is nothing for the clerks to be guided by," Kilpatrick said. "That results in uncertainty as to what a complete address is and increases the risk that some ballots will not be counted, without the fault of the elector."

The judge said he made no decision on what constitutes an address and no one has asked him to rule on what happens to ballots with an incomplete address. The only issue before him was whether the guidance directing clerks to add missing information was legal, the judge said.

Clerks only address problems on the witness certificate, which doubles as an envelope, and not the ballot itself.