The Jan. 6 committee wants to ask Vos about a conversation he had with former President Donald Trump in July 2022 about overturning the 2020 election results following a Wisconsin Supreme Court decision banning the use of absentee ballot drop boxes. 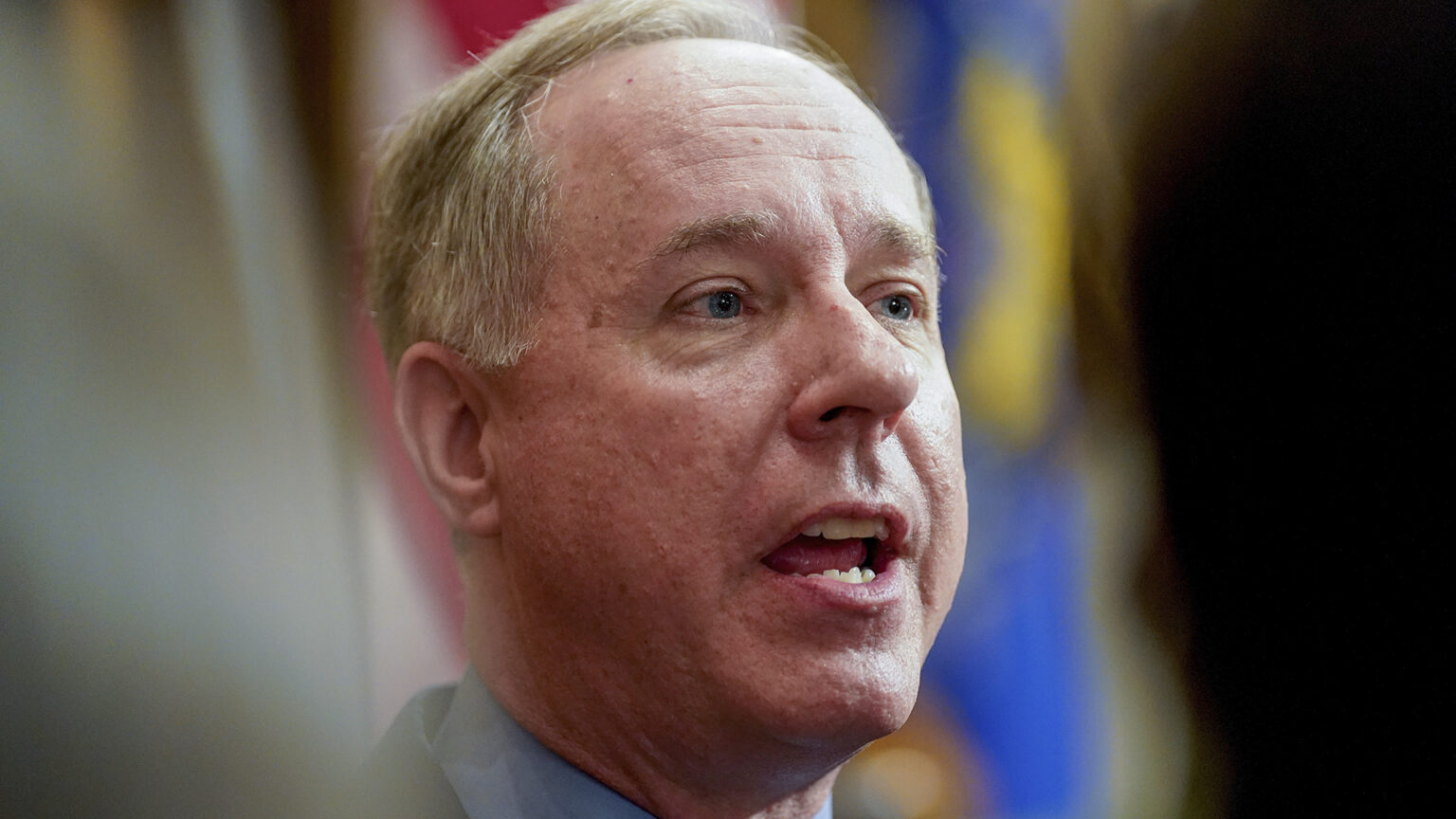 Wisconsin Assembly Speaker Robin Vos talks to the media after Gov. Tony Evers' State of the State speech at the state Capitol on Feb. 15, 2022, in Madison, Wis. On Sept. 22, 2022, Vos filed a lawsuit to block a subpoena ordering him to testify before the House committee investigation the riots on the U.S. Capitol on Jan. 6, 2021 to discuss a conversation he had with Donald Trump about overturning the 2020 election. (Credit: AP Photo / Andy Manis, File)

MADISON, Wis. (AP) — Wisconsin's Republican Assembly leader is suing to block a subpoena that orders him to testify before the House committee investigating the Jan. 6 insurrection about a conversation he had with Donald Trump about overturning the 2020 election.

Assembly Speaker Robin Vos filed the lawsuit on Sept. 25 in federal court in Wisconsin arguing that the subpoena falls outside the scope of the committee's investigation into the Capitol attack on Jan. 6, 2021 and infringes on his legislative immunity from civil process.

Vos, who had a falling out with Trump in the summer of 2022, also alleged that the short notice of the subpoena placed an undue burden on him. Rep. Bennie Thompson, committee chair, issued the subpoena Sept. 23 ordering Vos to appear on the morning of Sept. 26 either in person or via videoconference.

He did not testify. The deposition was postponed.

In his lawsuit, Vos said the only explanation for the "extreme deadline" was to conduct the interview before the committee's televised hearing on Sept. 28 "so that clips can be edited out to be used in a multimedia show."

Others who have been subpoenaed by the committee have also sued to avoid giving testimony.

Vos, in a Sept. 26 statement, said he was surprised to be subpoenaed because he has no information about the events surrounding the Jan. 6 attacks.

"Given how close we are to the midterms, this subpoena seems to be more about partisan politics than actual fact-finding," he said.

A letter from Thompson that accompanied the subpoena said lawmakers want to talk with Vos about a July call with Trump in which the former president asked Vos about steps he was taking to overturn the results of the 2020 election.

The call was in response to a Wisconsin Supreme Court ruling that absentee ballot drop boxes, which were used in the 2020 election and others before it, would be illegal going forward.

After Vos took no action to overturn the election, Trump endorsed his primary challenger.

Vos narrowly won his primary, and three days later fired Michael Gableman, the former Wisconsin Supreme Court justice he had hired, under pressure from Trump, to investigate the 2020 election. Vos called Gableman, who also endorsed his primary opponent, an "embarrassment."

Gableman's inquiry turned up no evidence of widespread fraud, but the investigator joined Trump in calling for lawmakers to consider decertifying the 2020 election.

The new lawsuit was assigned to U.S. District Judge Pamela Pepper, who was appointed by Democratic President Barack Obama.

Venhuizen is a corps member for the Associated Press/Report for America Statehouse News Initiative. Report for America is a nonprofit national service program that places journalists in local newsrooms to report on undercovered issues. Follow Verhuizen on Twitter.