A month before the 2022 election, the Republican incumbent and Democratic challenger in Wisconsin's U.S. Senate election made their cases on a variety of matters — including abortion, immigration, crime and guns — in a fast-paced, hour-long exchange. 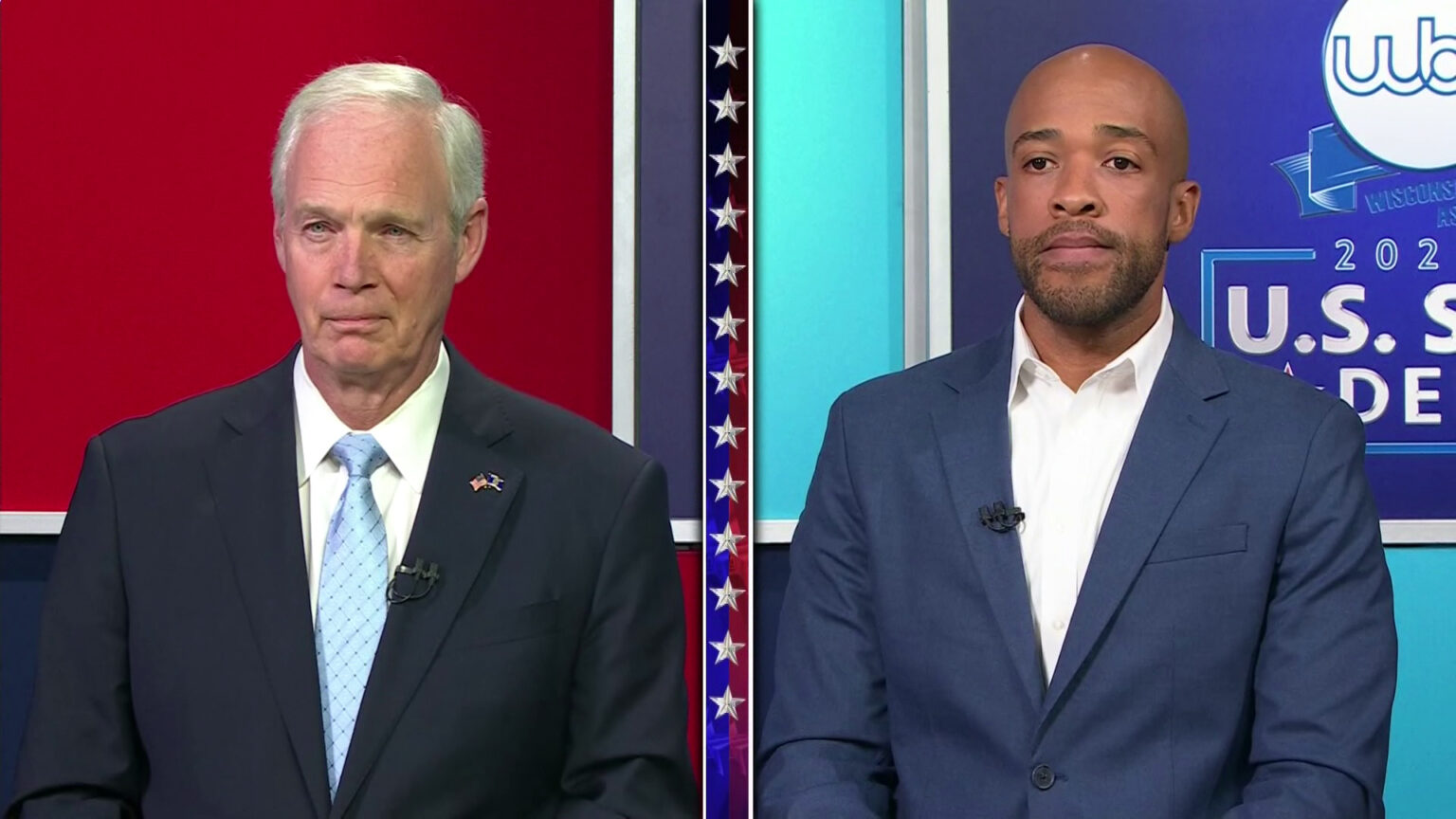 U.S. Senate candidates Mandela Barnes and Ron Johnson sparred over a wide range of issues – everything from decriminalizing marijuana and immigration to the minimum wage, abortion and crime – during their first debate leading up to the 2022 fall midterm election.

Despite it being the number one issue for voters in several recent polls, however, the candidates were not asked a direct question about how they would seek to address inflation.

Barnes, who serves as Wisconsin's lieutenant governor, has been steadfast in his support of creating a new federal law making abortion legal and accessible across the nation. He reiterated that position in the debate.

"If I were in the U.S. Senate, I would absolutely vote to codify Roe v. Wade to protect the right to an abortion and the right to choose into law once and for all to protect women's rights," Barnes said.

McCoshen & Ross on the Ron Johnson and Mandela Barnes debate

Johnson, who is seeking his third term in the U.S. Senate after having been elected in 2010 and 2016, said his stance on abortion was to turn it over to state voters via referendum.

"What I've recommended is that let 'We the People' decide with a one-time single issue referendum that … we need to come to a decision on, which is, at what point does society have the responsibility to protect life in the womb?" Johnson said.

Unlike many other states, Wisconsin does not allow this kind of direct referendum.

Following the announcement by President Joe Biden that he will pardon people federally convicted of simple possession of marijuana, the candidates took very different approaches to the issue. Johnson said "I think it ought to be a state-by-state decision," while Barnes said "I've long supported the full legalization of marijuana."

When asked about immigration policy, Johnson focused on the border.

"In order to have immigration reform, we have to first secure the border," he said. "Once you've done that, then we have to fix the asylum standard. All you have to do is step into the country and say they're afraid to go home — even though they don't even come close to qualifying for asylum, we let them in."

"Our immigration system is completely broken," he said. "I fully support comprehensive immigration reform that creates a path to citizenship for 'Dreamers' for their families. What we're doing right now does not work." 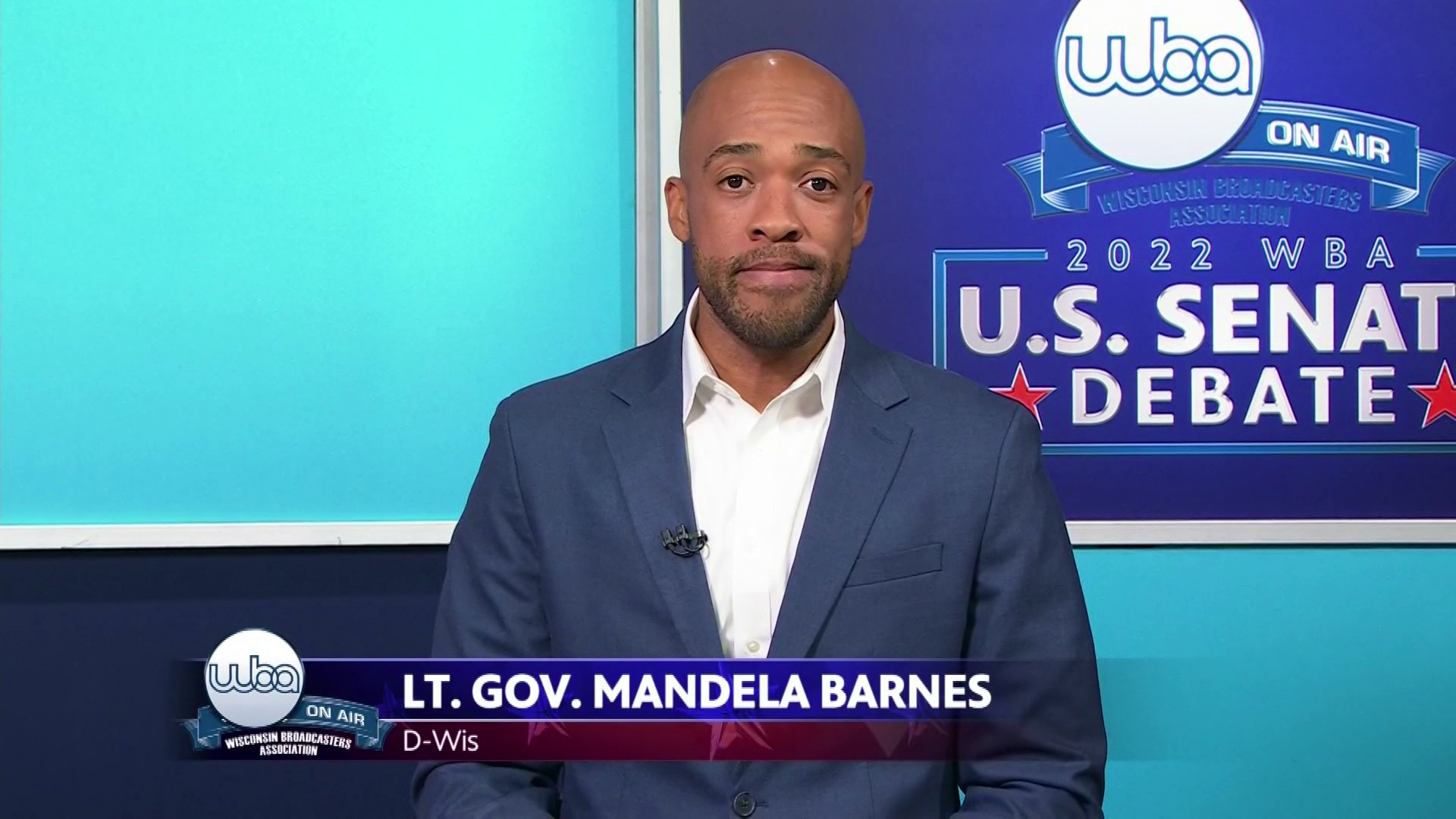 Lt. Gov. Mandela Barnes is the Democratic challenger for one of Wisconsin’s U.S. Senate seats in the 2022 election. (Credit: Courtesy of the Wisconsin Broadcasters Association) 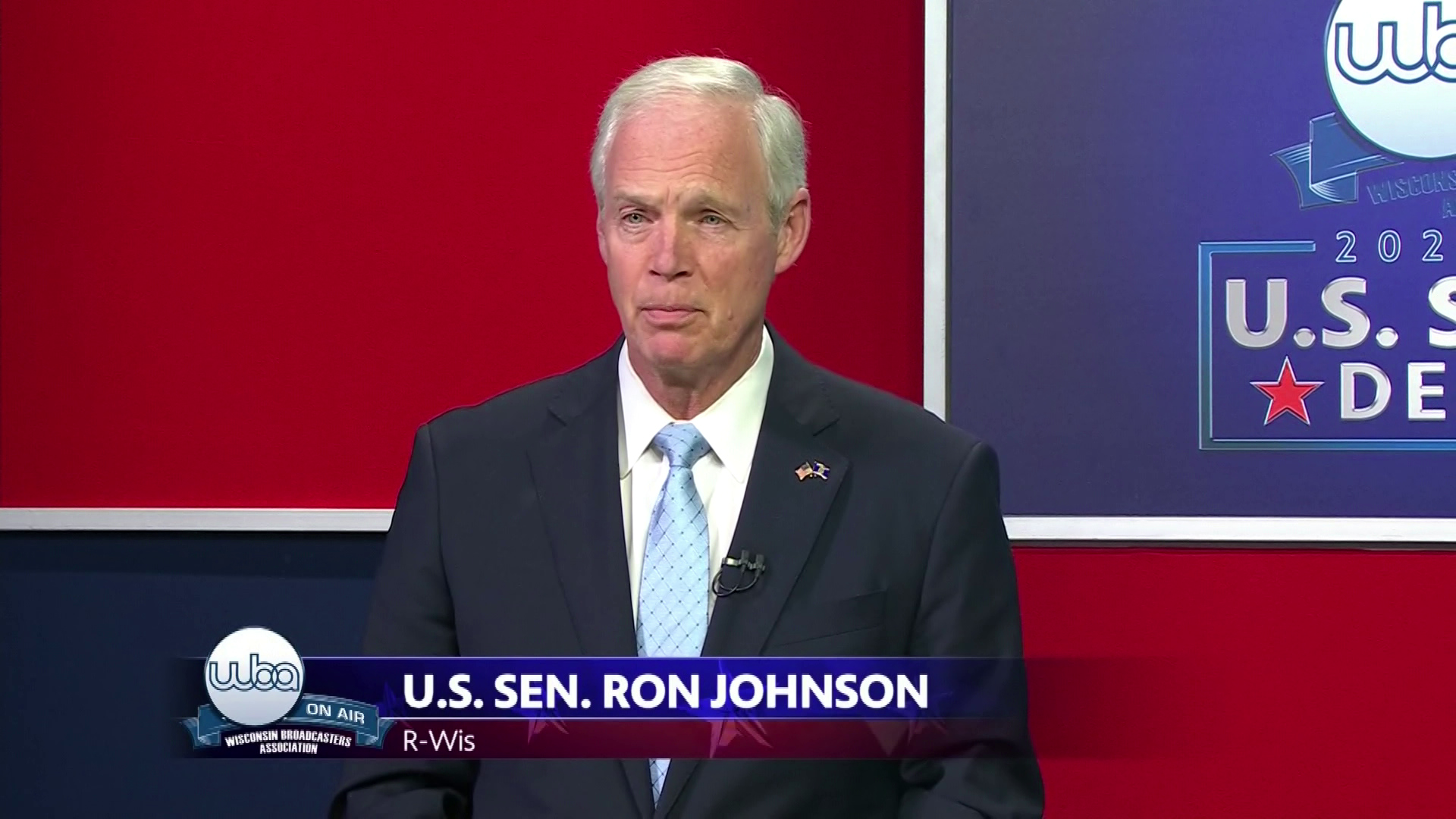 U.S. Sen. Ron Johnson is the Republican incumbent for one of Wisconsin’s U.S. Senate seats in the 2022 election. (Credit: Courtesy of the Wisconsin Broadcasters Association)

On the matter of minimum wage, Barnes said the federal government should double the current rate of $7.25 an hour, last increased in 2009.

"I've long been a proponent of a $15 minimum wage," he said. "There's no reason that people who work full time should struggle to pay the bills. But that is the reality right now."

Johnson said he would "consider possibly" increasing the minimum wage "to the extent that it would be indexing toward inflation." At the same time, he warned "you have to be very careful because when you increase the minimum wage, you can also eliminate jobs."

One growing concern among voters according to polling is crime. During the debate, this issue came up as a question about firearm background checks.

"If we want to cut down on crime, the overall macro issue is we need to renew faith, strengthen families and have more supportive communities," Johnson said. However, he doesn't see more gun control legislation as a fix.

Barnes said he "absolutely supports background checks" and "people don't think that domestic abusers should be able to get a handgun and neither do I." Seeking to broaden the issue, he added that "what we need to do is make sure that communities have the resources they need to prevent crime from happening in the first place – that means fully funding our schools. It also means making sure that there are good-paying jobs in our communities."

In the final question of the debate, Barnes and Johnson were asked to address negative ads and lies that their opponent or his supporters have been spreading.

Barnes emphasized his identity as a candidate.

"One of the ads that they put out, either Senator Johnson or one of his allies, ends by saying 'Mandela Barnes is different.' I embrace that, because we don't have enough working class people in the United States Senate. The Senate is broken," said Barnes. "Sen. Johnson is one of the worst parts of a broken system, a person who has been in it for himself and his wealthy donors."

Johnson focused on specific policies. The senator addressed claims that he wants to make drastic changes to how Social Security and Medicare are funded and that he promoted tax cuts only benefiting the rich.

"I actually want to save Social Security," said Johnson. "Because of me, 95% of American businesses got a tax cut so they can compete with the big guys and survive the pandemic."

Johnson and Barnes will meet for another debate on Oct. 13.

The 2022 general election, which also includes races for governor, state treasurer, secretary of state and local offices, will take place on Tuesday, Nov. 8. On Election Day, polls are open from 7 a.m. to 8 p.m. More information about candidates is available at Wisconsin Vote.