A nonpartisan audit said the Wisconsin Department of Administration did not provide information it claimed Gov. Tony Evers based his decisions on when handing out some $3.7 billion in pandemic aid. 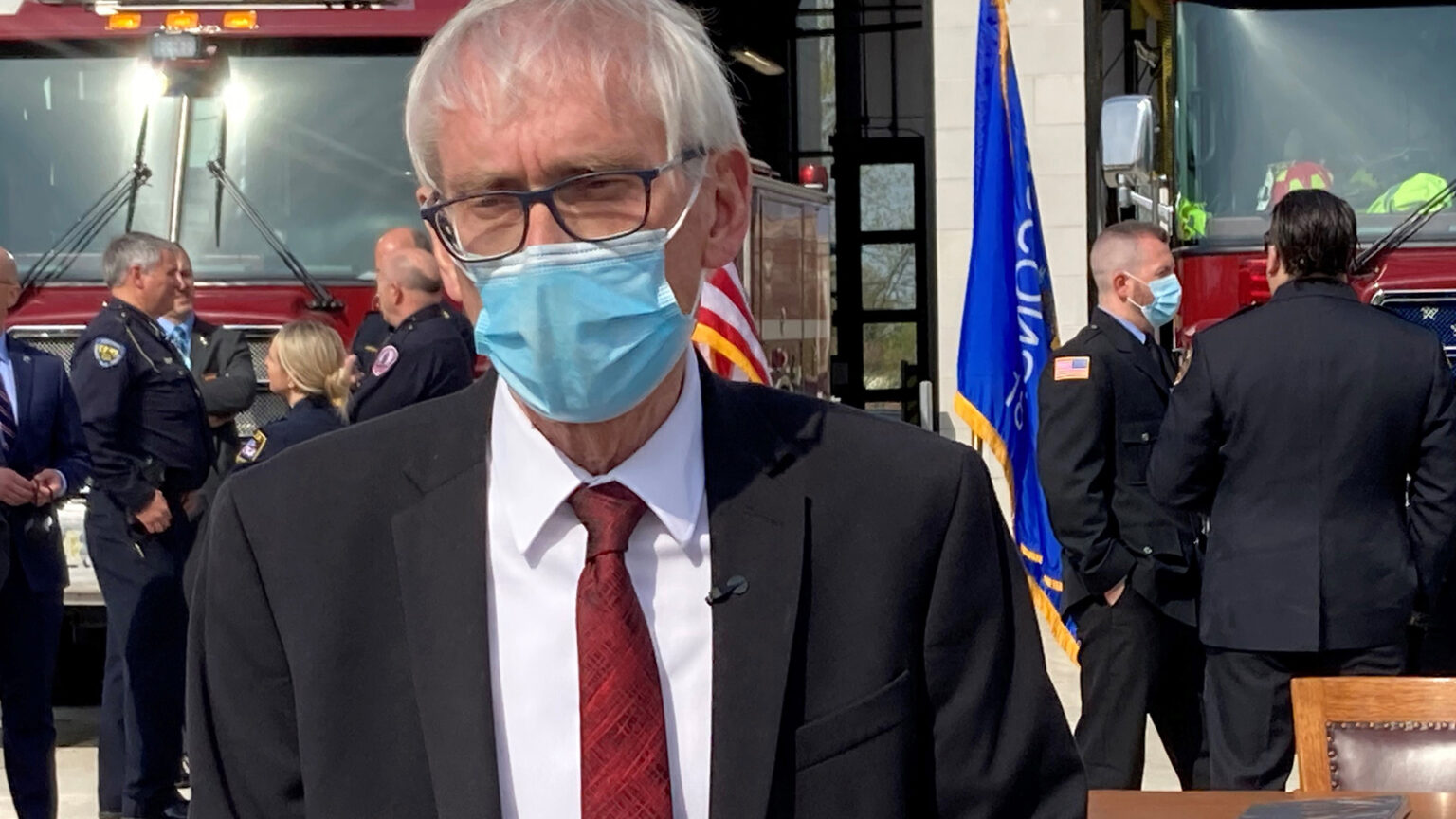 Wisconsin Gov. Tony Evers speaks with media at a news conference in Madison on April 27, 2021. A nonpartisan audit released Dec. 14, 2022, called on Evers to be more transparent about how he distributes billions of dollars in federal COVID-19 relief funds. (Credit: AP Photo / Scott Bauer, File)

MADISON, Wis. (AP) — A nonpartisan audit released on Dec. 14 called on Wisconsin Democratic Gov. Tony Evers to be more transparent about how he distributes billions of dollars in federal COVID-19 relief funds.

The Legislative Audit Bureau said that Evers' Department of Administration did not provide information it claimed the governor based his decisions on when handing out some $3.7 billion in pandemic aid over the past two years. Republican lawmakers have criticized the governor's spending choices and tried to give themselves control of the money.

The Evers administration received $5.7 billion between March 2020 and June 2022 in federal coronavirus relief from the Coronavirus Aid, Relief and Economic Security Act, the American Rescue Plan Act and the Consolidated Appropriations Act.

Only $1.1 billion came with restrictions on how it could be spent. Wisconsin law gives the governor sole authority to spend discretionary federal assistance.

"Unfortunately, the governor has rejected any contribution from the Legislature on priorities for the use of federal funds," said Republican Sen. Rob Cowles, co-chair of the legislative committee that oversees the nonpartisan audit bureau.

The Department of Administration told auditors that Evers considered a range of information including tax revenue decreases, input from advocacy groups and data from state agencies when deciding where relief funds were needed most.

But the Evers administration did not turn over any of that information when the audit bureau requested it, the audit said. Instead, they gave auditors information that was already available online and later said that many spending decisions happened in verbal conversations rather than written documents. The department also told auditors that the decision-making process varied over the two years during which Wisconsin received relief funding.

According to the audit, the Department of Administration spent $1.5 billion dollars on its own programs and distributed $2.2 billion to other state agencies, leaving around $1.9 billion unspent as of June. The audit made recommendations for Evers to be transparent about how he plans to spend the remaining cash and post more details online about how the state has already used COVID-19 relief funding.

A spokesperson for Evers declined to comment on the audit's findings, referring instead to a letter from Department of Administration Secretary Kathy Blumenfeld that pinned the lack of documentation on an urgent need for the governor to distribute relief funds. Blumenfeld said her office plans to implement the audit bureau's recommendations and report back in February.

The Department of Revenue and the Department of Health Services received a combined 79% of the total aid already given to state agencies. They used the money primarily for small business and local government recovery grants, buying emergency health supplies and paying health care providers to offset the costs of the pandemic.

For its part, the Department of Administration has used federal funds to fund emergency rental assistance programs, purchase public health supplies such as testing kits and assist with childcare and education.

Harm Venhuizen is a corps member for the Associated Press/Report for America Statehouse News Initiative. Report for America is a nonprofit national service program that places journalists in local newsrooms to report on undercovered issues. Follow Harm on Twitter.