A judge has ruled that the former Wisconsin Supreme Court justice hired by Republicans to investigate the 2020 election is no longer in contempt of court for refusing to comply with open records requests. 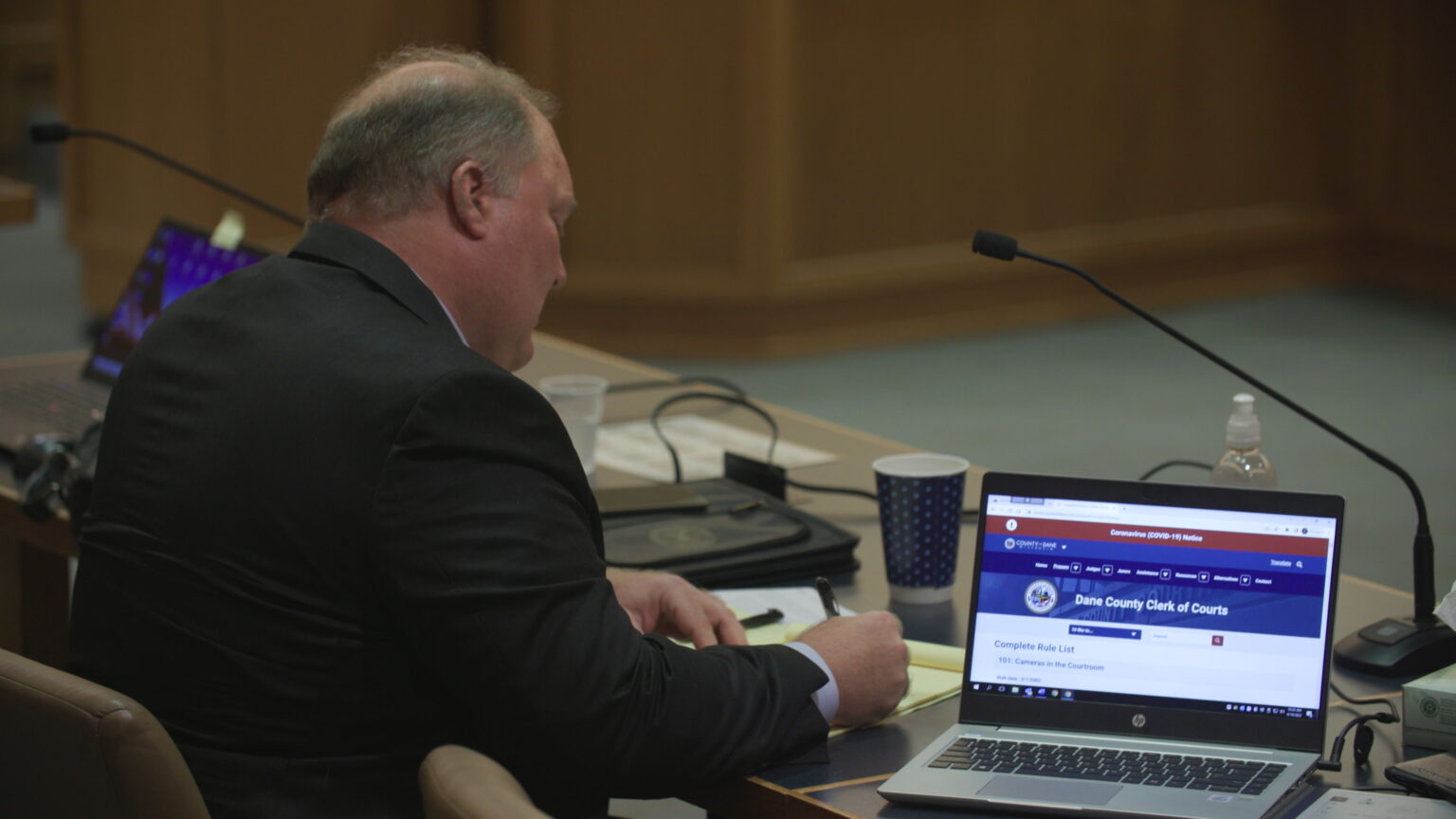 Michael Gableman participates in a court hearing on June 10, 2022 in a lawsuit filed over the open records practices of a probe he was hired by the state Legislature to conduct into the 2020 presidential vote in Wisconsin. The presiding Dane County Judge held Gableman in contempt of court following this hearing and referred him to an office that regulates attorney conduct. On Aug. 12, 2022, Republican Assembly Speaker Robin Vos fired Gableman and ended the probe. (Credit: PBS Wisconsin)

MADISON, Wis. (AP) — A judge dropped a contempt order against the former state Supreme Court justice who investigated Wisconsin's 2020 election, but not without a final jab at Michael Gableman for leading an inquiry where "there is simply nothing there."

Dane County Circuit Judge Frank Remington's Aug. 17 ruling ends his participation in a liberal watchdog group's lawsuit seeking records from Gableman's investigation. Remington has been critical of Gableman for months and managed to get in a few parting shots, writing that the records Gableman turned over were hardly substantial and that his investigation turned up nothing.

"If (Gableman's office) did not create strategic records, then what did (the office) do with the resources given to it by the people of the state of Wisconsin?" Remington wrote. "There simply is nothing there."

Liberal watchdog group American Oversight filed four lawsuits seeking records from Gableman's office. One of them landed in Remington's court. He held Gableman in contempt in June for refusing to comply with American Oversight's record requests and for berating him from the witness stand. He ordered Gableman to conduct a comprehensive search for the records and fined him $2,000 a day until he complied.

Remington released an order Aug. 17 saying Gableman submitted an affidavit on June 28 saying he had conducted the search. Remington said the affidavit was vague but he was satisfied that Gableman had made a reasonable effort to find the records and held that he was no longer in contempt. He ordered the former justice to pay $24,000 to cover the 12 days between the contempt finding and the affidavit submittal.

American Oversight attorney Christa Westerberg told Remington in court on Aug. 16 that the group had received most of the records it requested but were still missing several documents. Gableman's attorney, James Bopp, insisted that those records don't exist and that Gableman had satisfied the group's request.

Remington berated Bopp and his team for arguing that records had to be withheld because they were "strategic" to the investigation. The records Gableman eventually turned over included mostly blank pages, dozens of pages of duplicates and a complaint against film and television actors for criticizing the government, the judge wrote, demonstrating that the investigation accomplished nothing.

The judge concluding his ruling by throwing Bopp and his fellow attorneys off the case, saying that trying to assert that such records were strategic amounts to incompetency.

Bopp said in a telephone interview with The Associated Press that it was pointless to throw his firm off the case since it's all but over in Remington's court. He added that he has appealed the contempt ruling — Gableman doesn't want to pay $24,000 because he eventually complied with the records request — and has already been admitted to work on that effort.