Evers bans TikTok, WeChat and more apps from state phones and other devices 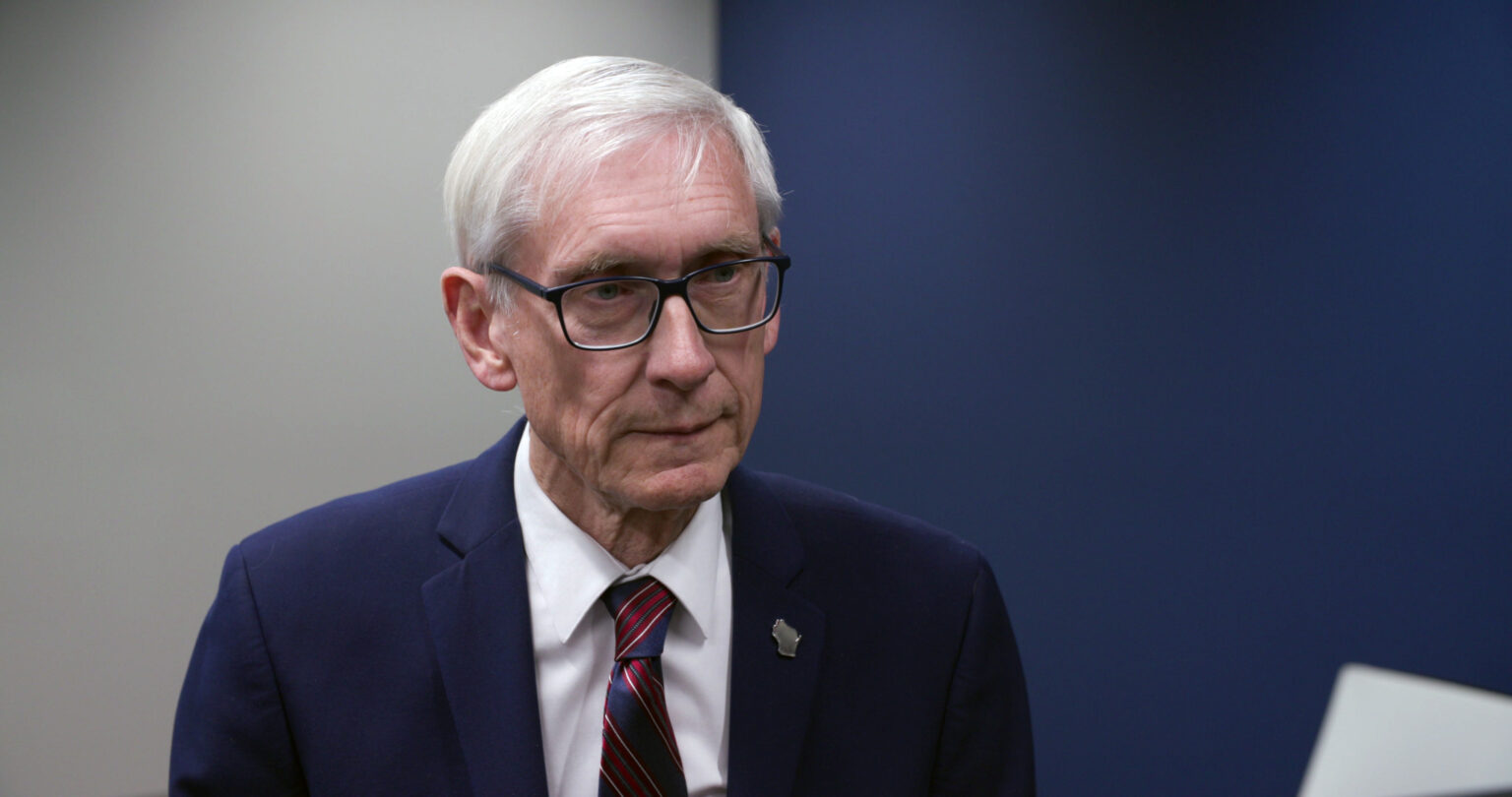 Wisconsin Gov. Tony Evers answers questions from a reporter in Green Bay on Dec. 20, 2022. On Jan. 12, 2023, Wisconsin became the latest state to ban the use of TikTok on state phones and other devices, a move that comes from Evers amid a push for a federal ban and after nearly half of the states nationwide have blocked the popular app. (Credit: PBS Wisconsin)

MADISON, Wis. (AP) — Wisconsin and North Carolina on Jan. 12 became the latest states to ban the use of TikTok on state phones and other devices, a move that comes after nearly half of the states nationwide have blocked the popular social media app owned by a Chinese company.

Democratic Wisconsin Gov. Tony Evers ordered the ban, which also includes WeChat, after he said he consulted with the FBI and emergency management officials. He cited potential risks to privacy, safety and security. Evers' order applies to most state agencies, with some exceptions like criminal investigators who may be using the app to track certain people.

"Defending our state's technology and cybersecurity infrastructure and protecting digital privacy will continue to be a top priority," Evers tweeted when he announced the ban.

North Carolina Gov. Roy Cooper, who like Evers was under pressure from Republicans to enact a ban, cited similar concerns.

"It's important for us to protect state information technology from foreign countries that have actively participated in cyberattacks against the United States," Cooper said. "Protecting North Carolina from cyber threats is vital to ensuring the safety, security, privacy, and success of our state and its people."

The University of Wisconsin System, which employs 40,000 faculty and staff, is also exempt. But UW System spokesperson Mark Pitsch said despite the exemption, the university was conducting a review and moving toward placing restrictions on the app being used on devices in order to protect against serious cybersecurity risks.

UW has numerous official TikTok accounts like one for the women's volleyball team, which has more than 41,000 followers. Universities often use TikTok accounts as a recruiting tool to connect with high school students.

The ban will be enforced by the state's technology division, which already restricts what apps state employees can access on their government phones.

Only about 12 state phones have TikTok on them, according to Evers.

Evers himself does not have a personal or official TikTok account, but he did maintain an account supporting his reelection campaign earlier this year. His office has said that account was not used on any state-issued devices.

TikTok is owned by ByteDance, a Chinese company that moved its headquarters to Singapore in 2020. It has been targeted by critics who say the Chinese government could access user data, such as browsing history and location. U.S. armed forces also have prohibited the app on military devices.

TikTok is consumed by two-thirds of American teens and has become the second-most popular domain in the world. But there has long been bipartisan concern in Washington that Beijing would use legal and regulatory power to seize American user data or try to push pro-China narratives or misinformation.

Fears were stoked by news reports last year that a China-based team improperly accessed data of U.S. TikTok users, including two journalists, as part of a covert surveillance program to ferret out the source of leaks to the press.

There are also concerns that the company is sending masses of user data to China, in breach of stringent European privacy rules.

"We're disappointed that so many states are jumping on the political bandwagon to enact policies that will do nothing to advance cybersecurity in their states and are based on unfounded falsehoods about TikTok," Jamal Brown, a spokesperson for TikTok, said in an emailed statement.

At least 22 other states, including Ohio, New Jersey, Mississippi, Louisiana and South Dakota, have instituted bans on the use of TikTok on government devices. Congress last month banned TikTok from most U.S. government-issued devices over bipartisan concerns about security.

U.S. Rep. Mike Gallagher, of Wisconsin, and Republican Sen. Marco Rubio, of Florida, introduced a bipartisan bill in December to ban TikTok from operating in the United States. Gallagher this week became chairman of a new House committee created with broad bipartisan support to investigate "strategic competition" between the U.S. and China.