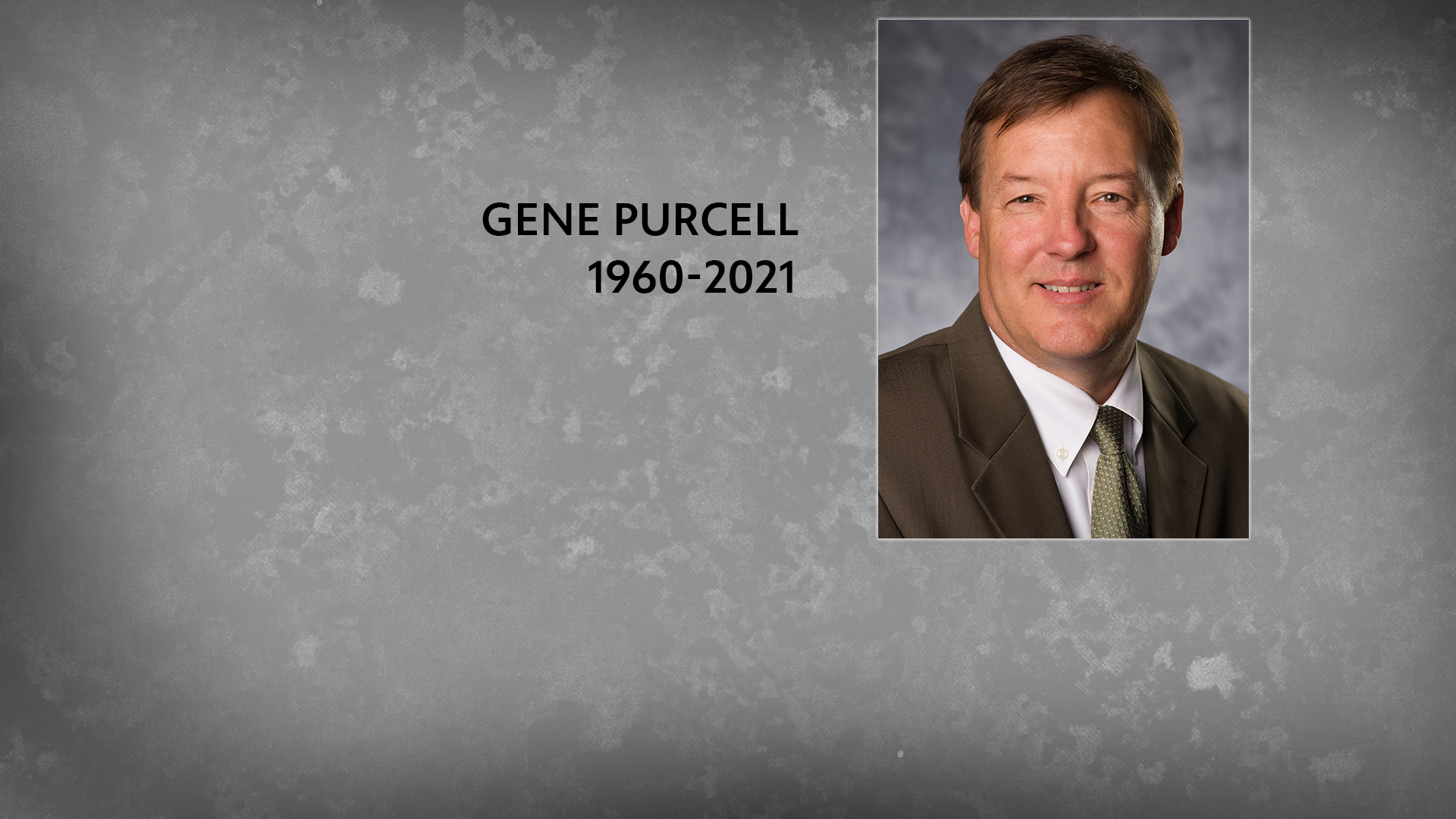 Wisconsin Public Media (WPM) is saddened by the death of Gene Purcell, director of the University of Wisconsin-Madison division that provides statewide access to public media through Wisconsin Public Radio (WPR) and PBS Wisconsin since 2018.

Purcell passed away Saturday from injuries suffered last week in a traffic crash in Madison. He was 61.

A longtime broadcaster and innovative leader in public broadcasting, Purcell had led WPM since 2018. In this role, Purcell steered WPM’s administrative transition to UW-Madison from the University of Wisconsin-Extension and led the state’s public media organizations through the COVID-19 pandemic, ensuring uninterrupted service of essential news and information services and expanded educational resources for students, educators and families across Wisconsin.

Prior to becoming WPM director, Purcell was executive director of the Wisconsin Educational Communications Board (ECB) for more than a decade. That state agency distributes public broadcasting across the state in partnership with the University of Wisconsin System Board of Regents. Together, ECB and WPM manage and maintain WPR’s 37 stations and PBS Wisconsin’s six stations and six translators across the state that provide access to local and national content for a diverse audience of children and adults through the innovative use of television and radio production and broadcasting, digital services and community engagement.

Along with his earlier role as a broadcaster, reporter and manager of WPR’s La Crosse regional bureau, Purcell’s leadership shaped and informed nearly all aspects of Wisconsin’s public media landscape across his career.

During his tenure at WPM and ECB, Purcell served in leadership roles for the National Educational Telecommunications Association (NETA), Wisconsin Broadcasters Association and the University Licensee Association, and had recently been named board chair of the Wisconsin Center for Investigative Journalism.

A graduate of the University of Wisconsin-La Crosse, Purcell also worked in commercial broadcasting earlier in his career.

“Gene brought a passion to his work,” UW-Madison Chancellor Rebecca Blank said, “He was deeply committed to the Wisconsin Idea that both Wisconsin Public Radio and PBS Wisconsin embody. He leaves behind him a legacy of excellence in these organizations. More than that, he was just a great person who drew people in. We will miss him.”

“Gene Purcell is a big part of the reason Wisconsin Public Media is the treasure that it is,” UW-Madison Provost John Karl Scholz said. “Fiercely devoted to the ‘public’ in his radio and TV work, Gene had a profound role in building and nurturing WPM. He was also a respected and loved colleague. Our world is a bit darker with his untimely passing.”

“All of the people at ECB and WPM loved Gene, and have been deeply affected by this sudden and tragic loss,” ECB Executive Director Marta Bechtol said. “It has been a joy to work side by side with him. He has left a permanent mark on our organization: he made us better.”

“Gene was a terrific boss and friend,” WPR Director Mike Crane said. “I admired him so much and will miss him deeply. He was also the quintessential broadcaster — totally dedicated to serving our communities — a model for us all.”

“Gene led a reinvention of Wisconsin Public Media that continues to expand and improve our service to audiences and Wisconsin schools,” PBS Wisconsin Director of Television Jon Miskowski said.  “Everyone who worked with Gene knows his warmth and his kindness, and feels this loss deeply.”

“In three short years in his role, Gene became a trusted boss, friend and partner in leadership of our organization,” WPM Associate Director Heather L. Reese said. “ His devotion to public media and our state guided his everyday actions. I will miss him immensely.”

A Madison resident, Purcell is survived by his wife, Ruth, his mother, Toni, three brothers and a sister. All are proud that Purcell’s legacy includes end-of-life organ donation. “To be able to give the physical parts of his body to help others is consistent with the way that he lived his life and what he thought was good and true and right about being a human being,” they said in a statement.

Two celebrations of Gene’s life are planned. In Madison, the gathering will be Sunday, Aug. 29, from 2 p.m.-6 p.m. in the Great Hall of the Memorial Union on the UW Campus. There will be a reception from 2 p.m.-4 p.m., with a program at 4 p.m., followed by a musical performance by some of Gene’s closest friends. In La Crosse the gathering will be Saturday, Sept. 4, from 2 p.m.-6 p.m. at the Pump House Regional Arts Center, with a program at 4 p.m.

For over 100 years, Wisconsin Public Radio has served the people of Wisconsin with quality news, music, talk and entertainment. On air, online and in the community – we work for Wisconsin. Listen, learn more and donate at wpr.org.

WPR and PBS Wisconsin are services of the Educational Communications Board and the University of Wisconsin-Madison.