What We Watch: John Gerbig, Producer and Director - PBS Wisconsin
Skip to content 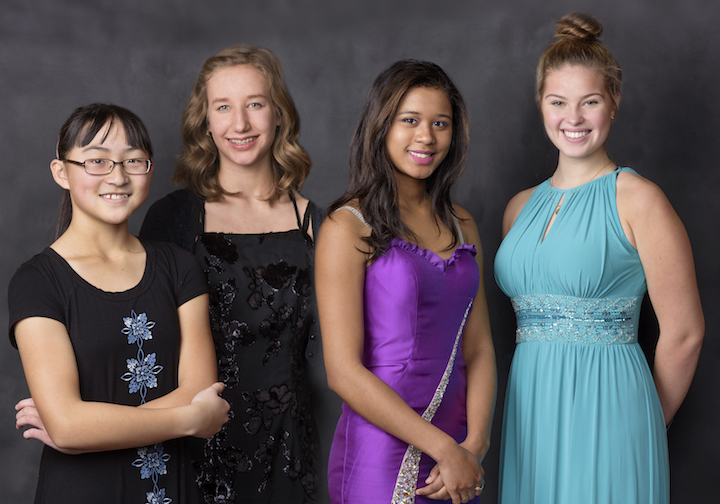 What We Watch: John Gerbig, Producer and Director

John Gerbig is a producer and director at Wisconsin Public Television. John’s days involve collaborating with colleagues at WPT, as well as with partners from statewide organizations. For the March issue of our member program guide, Airwaves, we caught up with John to learn more about his top public television picks.

Interested in receiving Airwaves in your mailbox? The Airwaves program guide is mailed to supporters who contribute $35 or more to Wisconsin Public Television. Learn more about WPT membership at support.wpt.org.

Can you tell me a little about what your work is like on a daily basis?
Sometimes I’ll spend the entire day in my office working on budgets and schedules, or logging footage and writing scripts.  The next day, I may be scouting a new location for an upcoming production, or sitting in the control room directing a multi-camera shoot. And the following day, I might be out on the road with a videographer gathering footage or collaborating with an editor on the final cut for a project I’ve been working on for weeks.

More often than not, however, my days consist of a combination of activities and involve working with a number of very talented people here at WPT, as well as within the various organizations we partner with, including the Wisconsin School Music Association (WSMA), the Madison Symphony Orchestra, the Wisconsin Chamber Orchestra, the Overture Center for the Arts and the UW Varsity Band, to name just a few.

What is your favorite part of your job at WPT?
What I like most about my job is the variety.  Over the past 20+ years, I’ve produced and/or directed concerts (The Final Forte, UW Varsity Band Spring Concert, State Honors Concerts), political events (State of the State Address, Governor’s Inauguration), news & public affairs programs (Here & Now, various debates), kids programming (Get Up and Go! Day), cultural events (Martin Luther King, Jr. Day Celebration, Wisconsin Remembers 9/11) and sports (UW Badgers football, basketball and hockey).

But it’s not just the variety of programs – it’s also the variety of roles I get to play on many of these productions:  producer, director, editor, writer, videographer.  I feel extremely fortunate to be able to work on such a diverse array of productions and to have the opportunity to interact with so many of my colleagues in the course of taking these various projects from initial concept all the way through to broadcast.  Seeing a production come together, and knowing that you helped design, create and shape it – and had a lot of fun doing so – is extremely rewarding and satisfying.

If you had to pick, what are your favorite PBS shows – and why?
I really like Live From the Artists Den.  In addition to being a great-looking program with very high production values, I think it does a wonderful job of showcasing and integrating the venues into the performance.  The fact that the locations they feature are typically not your traditional concert halls or arenas just serves to reinforce the notion that the performance you’re seeing is special and unique.  And that, in turn, provides the perfect context for incorporating interviews with the artists into the production. It just all works together really well.

And what are your must-watch WPT shows?
Again, I really enjoy WPT’s great variety of music productions, from specials such as Percussion at Birch Creek to series like 30-Minute Music Hour.  There are many extremely talented artists in Wisconsin, and making their performances available to a statewide audience is something I think we do very well.  I especially enjoy the programs that are part of our Young Performers Initiative. Celebrating the extraordinary achievements of gifted musicians such as those featured in Wisconsin Young Artists Compete: The Final Forte serves not only to recognize their talent, passion and dedication, but also highlights the essential role the arts play in all our lives, as well as the critical importance of arts education to the youngest members of our communities.

Finally, what’s your favorite thing about public television?
My favorite aspects of public television – whether it’s nationally-broadcast PBS programs or locally-produced shows here on WPT – are quality, variety and positive messaging.  Be it dramas, documentaries, concerts, specials, you name it. Across the board, public television presents quality programs, with consistently high production values, first-rate acting and writing, and stellar shooting and editing.

And there really is something for everyone – from innovative children’s programming to award-winning science and arts-related series and some of the most acclaimed historical dramas and narratives on television.  And unlike many programs you find elsewhere, which seem to revel in and reward negative traits like greed, ego, conceit and selfishness, public television tends to concentrate on the positives in our world – the best of what we are and what we can be.

1 thought on “What We Watch: John Gerbig, Producer and Director”