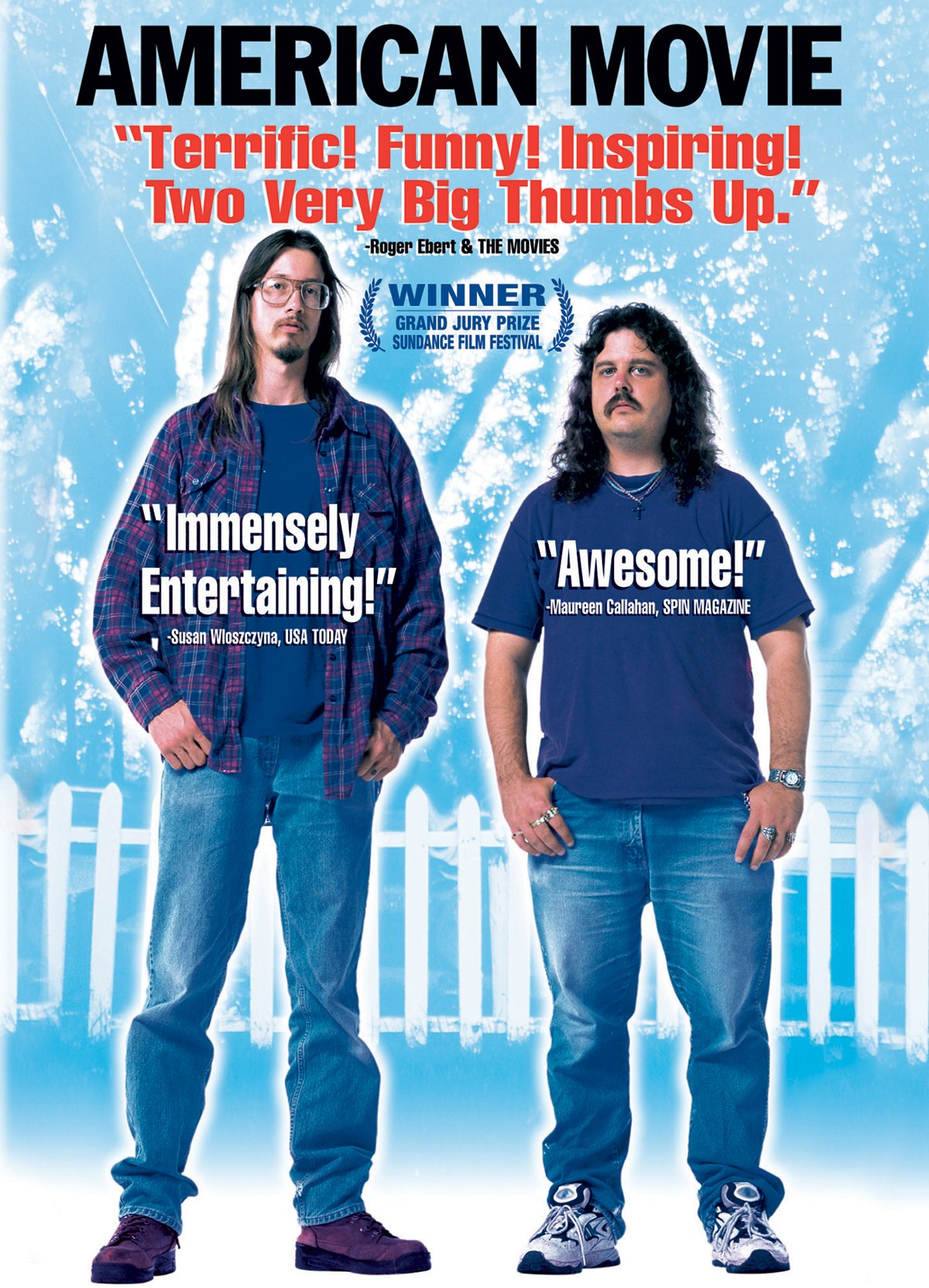 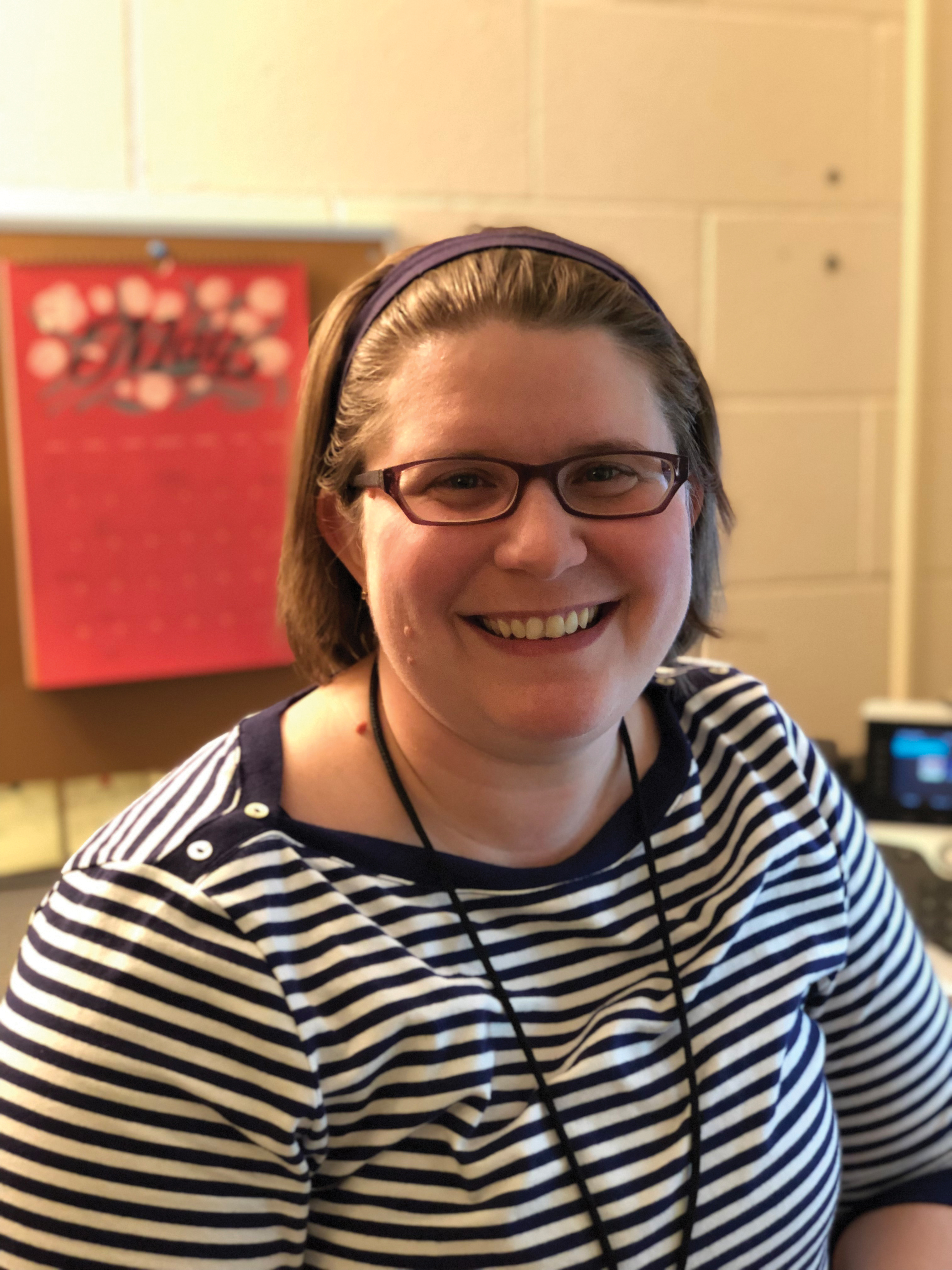 Read more about Old Fashioned right here on the blog.

Holly is newer to WPT, joining the station last November, but she’s a longtime lover of public television. (Who isn’t?) Here are some of her top public TV picks, along with some reflections on her craft. 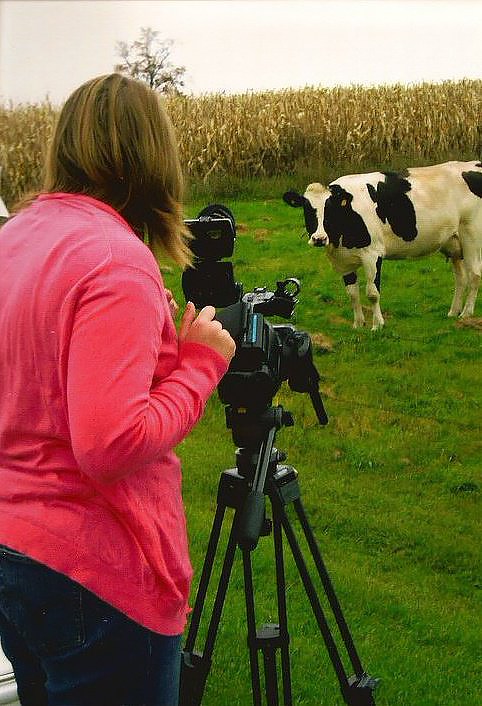 Born in Green Bay, Holly De Ruyter spent the last several years working on documentaries in Chicago before returning to her home state.

As Old Fashioned shows, she’s always eager to tell Wisconsin stories. When applying for her current position, she wrote, “My friends in Chicago would be quick to tell you that I’m the city’s official Wisconsin ambassador.”

WPT: How and when do you like to watch public television?

HOLLY DERUYTER: There’s so much great public television content on during the weekends. I like to turn the TV on and just chill and watch whatever’s airing. 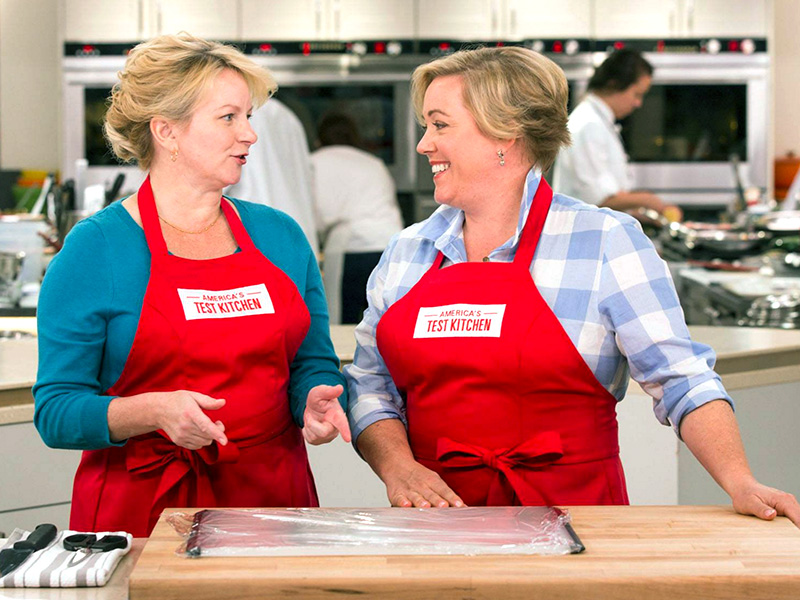 I’m a big Create fan, for sure; that’s my weekend channel. Is it Martha Bakes, or The Jazzy Vegetarian or America’s Test Kitchen? I love cooking and crafting; I love seeing whatever’s going on on Create.

America’s Test Kitchen is one of my favorites. I love to test things out; I have a membership and get their recipes. I buy my products according to what they recommend. I’m totally in the Test Kitchen cult.

During the week, I have to plan my viewing out a lot more, because there’s so much more going on. I do more streaming during the week.

I also like that here at the WPT offices, we have monitors showing what’s airing on different channels. Whenever I walk through the lobby, I see a couple shows and think, “What’s that?” So I discover new shows by seeing what’s going on as I walk around.

I also find myself watching more of the main channel, with programs like Antiques Roadshow. I’ve been watching since I was a kid. It made me want to seriously become an appraiser; my high school guidance counselor didn’t know what to do with me! So I became a documentary filmmaker instead.

It’s kind of funny, because my guidance counselor is the dad of one of my best friends from high school. So I still see him all the time! He always asks what I’ve been up to, and I joke with him and say, “…More films!”

Finally, what are some of your all-time favorites?

Downton Abbey, still; I’m super excited for the movie coming out in the fall. I love how history is almost a character in the series. I love the history and how authentic the clothing and décor from the time period are. And, of course, it’s like a soap opera. I love the drama of it all.

I have so much This Old House information in my head for when I become a homeowner, even though I can’t use it yet! Sometimes you watch just to appreciate people’s craft. I’m not going to turn a spindle for a chair leg, but it’s cool to see somebody else do it and learn about it.

What kinds of stories do you like to tell as a filmmaker?

One of the reasons I got into documentary filmmaking is that I love people. I love telling and hearing their stories. I like finding stories in everyday life that people don’t see.

Like supper clubs: people didn’t think that was unique or special; they just said, “It’s part of our lives. This is what we do. What’s so special about this?” But when you dig into it and reflect on it, you find that there’s so much history and tradition and culture ingrained into it.

Can you talk a bit about the documentary you’re working on about Prof. Mike Leckrone?

Mike Leckrone is an individual that a lot of people think they know. They see him as this great showman with the marching band and the spring concert, but he’s so much more than that. He has incredible knowledge of music; he’s an amazing teacher. 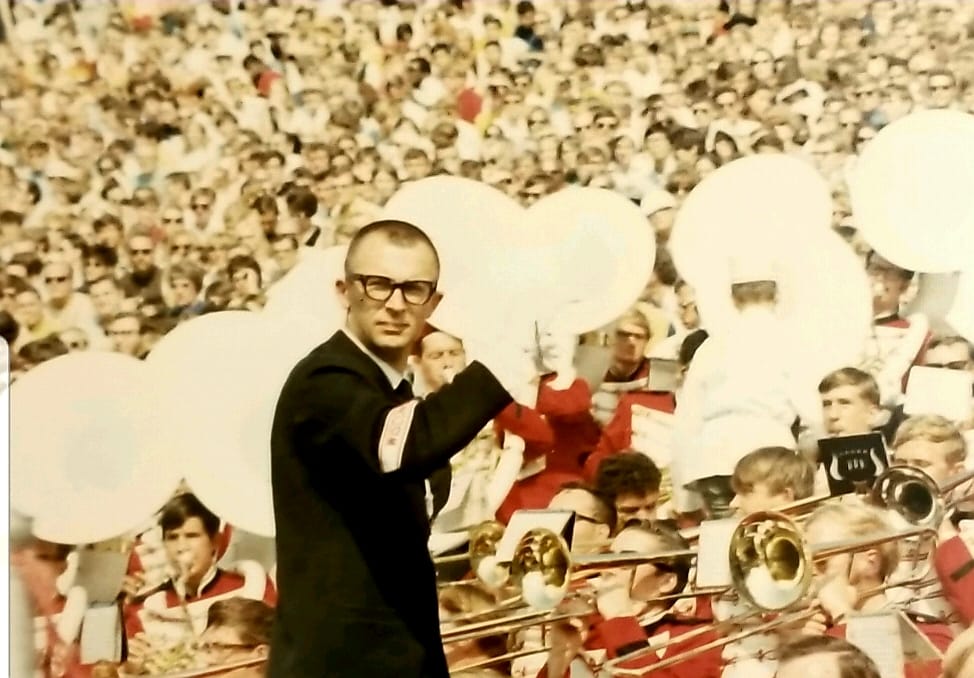 One of the challenges of this film is that because so many articles and news clips have been done about him, we’re trying to find information that people don’t know, or don’t realize. So we’re digging deep into his childhood, his years at Butler University before he came to Madison.

In our recent Q&A with Leckrone, we discussed how the band’s appearance on WPT ties into the Wisconsin Idea: sharing these experiences throughout the state. What’s it like to share this individual’s story with so many viewers who know him through the concert? 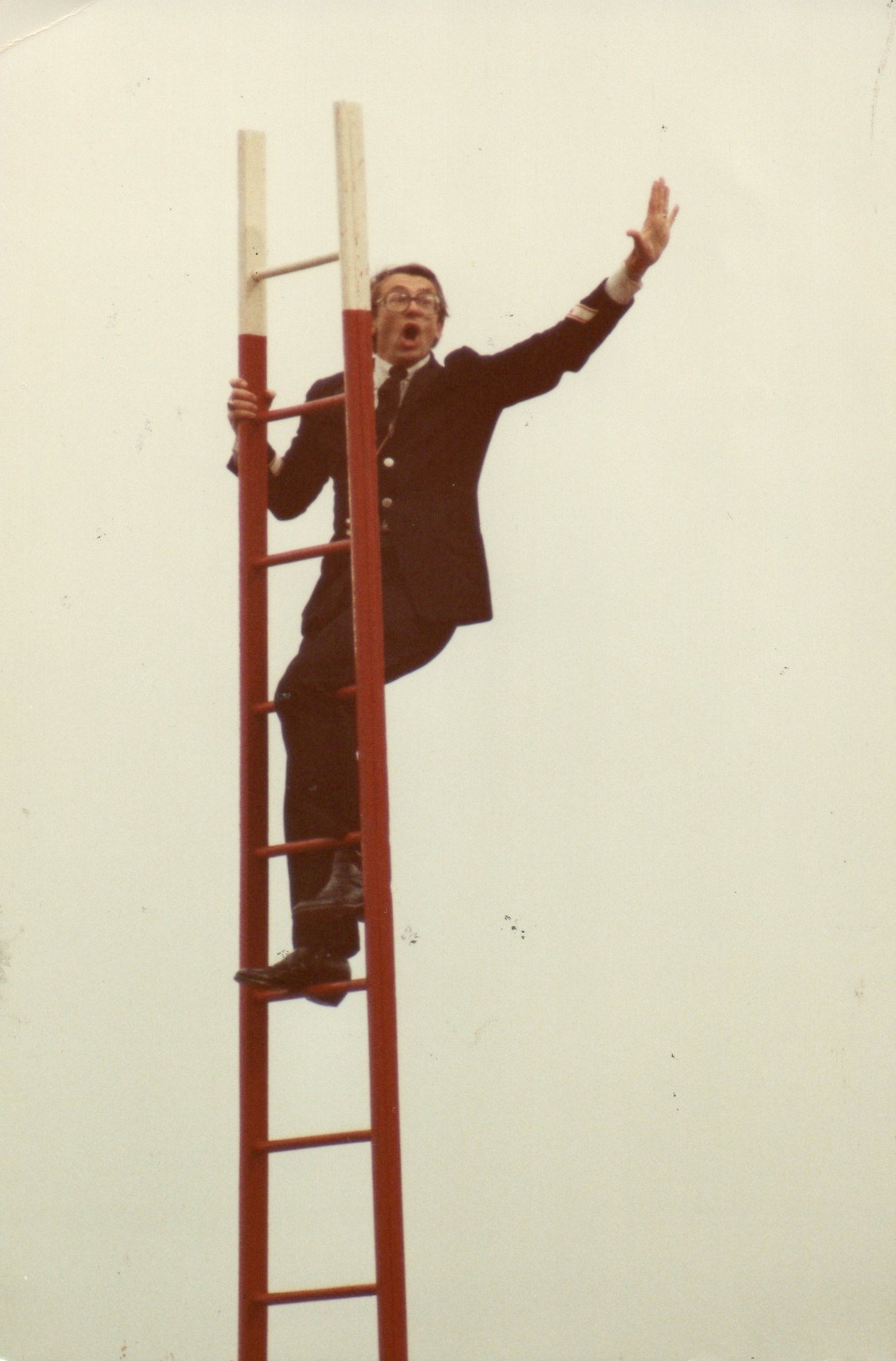 It’s interesting that your interview compares the band to the Wisconsin Idea. He’s kind of the spirit of Wisconsin; he’s the energy behind making it happen and bringing it to life.

What are some of your dream ideas you’d like to film?

Those are under wraps! [laughs] I have a lot of ideas. When I find topics that really interest me, it always goes back to the people and the events that are involved.

Without the people, there’s no Wisconsin. Earlier, you asked “What IS Wisconsin? What makes it special?” This comes up a lot when I do screenings.

Wisconsin is kind of a crucible, where all these different cultures come together with the geography of the state, the natural resources. It’s a perfect storm: a unique place to live and unique stories. That’s what I like about the state. There’s so much here, and history, and how it all interacts.

What are some of your favorite documentaries that have inspired you over the years? 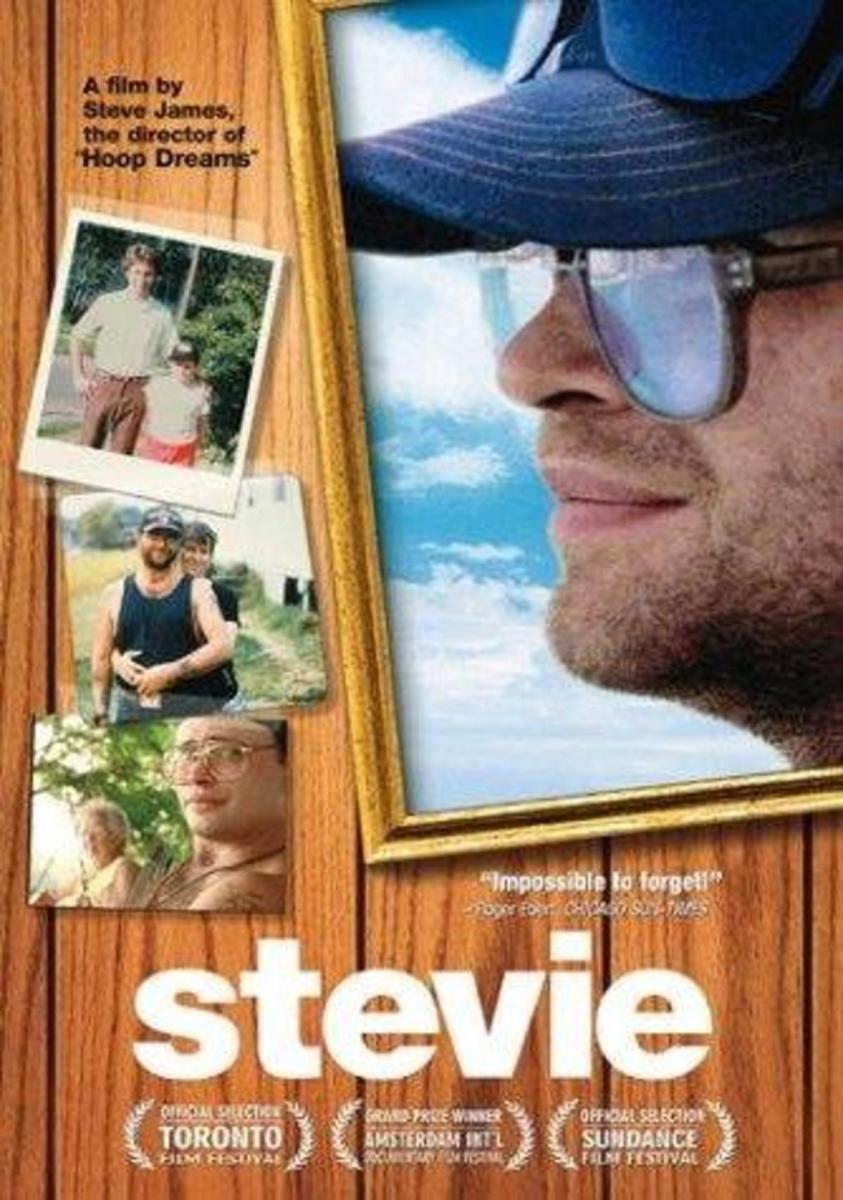 Did we talk about Stevie? That’s one of my favorite films. Amazing characters. Tough story, but really raw human emotions. For a documentary, it’s shot beautifully. They did a great job with that cinema verite, direct cinema style of shooting, where they really captured moments with the characters that brought the story to life and made you connect with it.

Anything by the Maysles brothers is great. Grey Gardens, man…. that’s taken off. It used to be one of those obscure films that only people who went to film school had seen, but now it’s a musical…

When I was in high school, American Movie came out, and that was life-changing. Living in Wisconsin, there are characters all around you.

One of the big things that drove my passion… when I went to film school, I found that a lot of people were there because they loved films. I wanted to be there because I loved people and their stories. I would watch a lot of classic movies, but I wasn’t consuming a lot of recent narrative stuff.

Growing up, we would go out to a campground by the lake up in Tomahawk. We were surrounded by the most interesting people, with the craziest stories, from all over Wisconsin. There was one guy who was always outside, smoking his pipe with a sailor hat on.

Being around those people, hearing their stories from all different walks of life with different experiences… that’s what triggered my love for people. So when I went into film school, it was kind of frustrating for a while. I was there for a different reason.

After you’ve done the research, how do you start filming?

You need to find a way for the story to be told. You need to decide if you’re going to tell the story through interviews, through events…

In the Leckrone film, we’re telling the story through Mike’s words and the people who have been involved with his career here at UW. And his personal life, too – his family and friends.

How do you come up with that story arc? Many docs tend to evolve as they go.

Documentary film is strange. You’re always supposed to write a proposal that lays out your whole idea: what you’re going to capture, how the story’s going to be told. But the funny thing with documentary is that you go and shoot, thinking you’re going for A, B, C and D, and that’s what’s going to happen today, but you come back and say, “Well, we got A, J, H and X; we’ve got to reassess. How are we going to work with this?” It might lead you in a different direction; you might have to get creative with how you work with it.

It’s really knowing your subject and spending a lot of time with your footage so you know where your holes are and how you’re going to fill them.