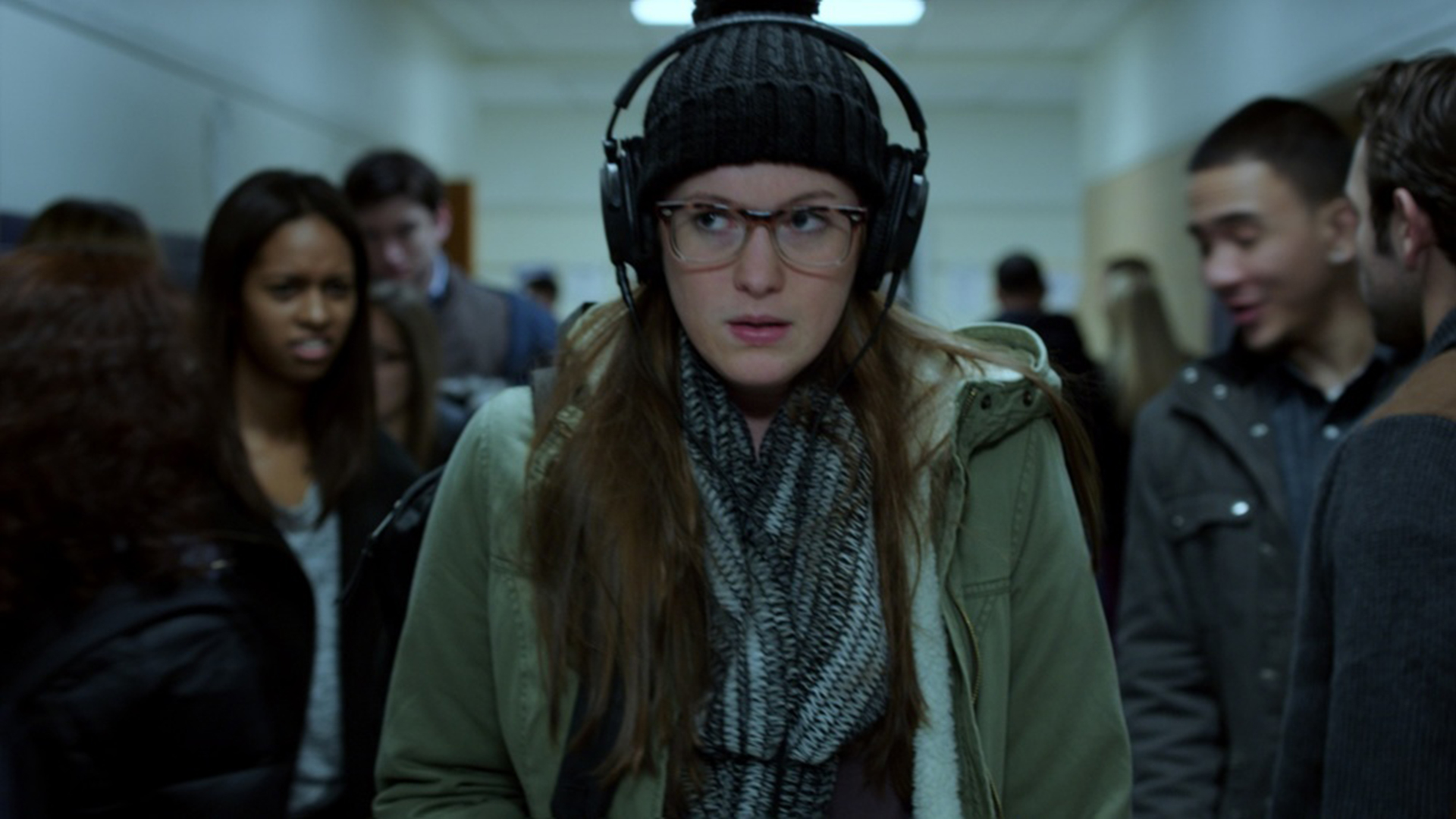 ‘The View from Tall’ Explores Teenage Angst after Teacher Tryst

Hello, indie film fans! We are now in season 13 of Director’s Cut on PBS Wisconsin. We have another excellent show with great guests airing at 10 p.m. Friday, July 2. My guests this week are Erica Weiss and Caitlin Parrish, co-directors of this week’s Director’s Cut Presents film, The View from Tall.

The View from Tall is a narrative feature that tells the story of Justine (Amanda Drinkall), a high school student limping to the finish line of her senior year. While very bright, Justine is precocious and socially awkward, and as a result, impatient with those who populate her world. Making her last year at home even more difficult is her recent and very public romantic tryst with a disgraced teacher. It doesn’t help that she has a younger sister who seems to idolize and despise Justine all at once and isn’t shy about sharing salacious details fresh from Justine’s diary with her friends. Helping Justine navigate the teen blues is her new therapist, played by Michael Patrick Thornton. The two form an unlikely friendship that benefits both of them.

The film was adapted from Parrish’s stage play of the same title. The theater version was directed by Weiss, and they tag-teamed as directors for the film adaptation. Weiss and Parrish met while attending DePaul University’s renowned theater school. The creative team has had a nice run in many facets of the entertainment biz, including the theater world, the indie film universe and most recently, the network TV galaxy, where they created and executive produced the CBS drama, The Red Line. During our time together, they discuss the differences between live theater and cinema when it comes to telling the same story. They also talk about the challenges the partnership faces with Parrish in Los Angeles and Weiss in Chicago. Yes, they were seasoned “Zoomers” before there were Zoomers!

Often times on Director’s Cut, there is an inadvertent theme to a particular season; some years, it’s all Wisconsin filmmakers, and other years, there are mostly documentaries. This season continues to be the year of the narrative set in Chicago or Chicago area. Justine’s drab, suburban existence is the perfect backdrop for her surly personality – and maybe the cause of it. Having said that, Parrish and Weiss do take advantage of one Chicago landmark – the Uptown neighborhood tavern staple, The Green Mill. They shot a memorable scene that really pops off the screen and is a nice change of pace for character and setting.

The View from Tall is well written and directed and a very real look at teen turmoil. What I liked most about it is that it often makes you forget you’re watching a movie. Most of my all-time favorite films have that same trait.

So mix a few old fashioneds (or make your drink or snack of choice) and join me for a really insightful talk with two up-and-coming movers and shakers at 10 p.m. Friday, July 2 on Director’s Cut. Then stick around for Director’s Cut Presents at 10:30 p.m. to watch The View from Tall. That’s right, an excellent night of programming at low, low PBS Wisconsin prices – you can’t afford not to tune in! PBS Wisconsin – your home for independent film!