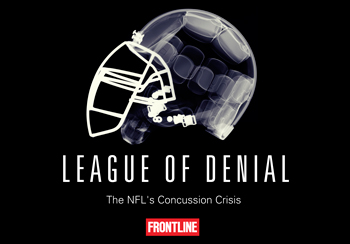 Chris Borland is a household name to many Badger football fans and was on the verge of national celebrity following a successful rookie season with the San Francisco 49ers. This week, Borland made the biggest news of his football career by announcing that it is over. He has decided to retire after one season citing concerns about his health and safety.

Several NFL players have cut their careers short due to concerns about the effects of repetitive impacts to the head, but Borland is among the youngest and by his own account does not show any symptoms of brain injury. In an ESPN Outside the Lines article, Borland said, “I feel largely the same, as sharp as I’ve ever been. For me, it’s wanting to be proactive.”

“I just thought to myself, ‘What am I doing? Is this how I’m going to live my adult life, banging my head, especially with what I’ve learned and know about the dangers?'”

By retiring, Borland has fanned the conversation over concussions and brain injuries in football. That conversation went mainstream when Mark Fainaru-Wada and Steve Fainaru, the authors of the ESPN article, wrote the book that provided the foundation for the 2013 Frontline film “League of Denial: The NFL’s Concussion Crisis.” The book and film investigate how the NFL denied and worked to refute scientific evidence that violent collisions in football are linked to long-term brain injuries.

In recent years, the NFL has has instated new rules to reduce the amount of high-velocity impacts on the playing field and now requires players with concussion-like symptoms to be medically cleared before returning to a game.

League of Denial: The NFL’s Concussion Crisis is streaming free online at video.wpt.org. You can also explore the latest news about football related brain injuries on the Frontline website.