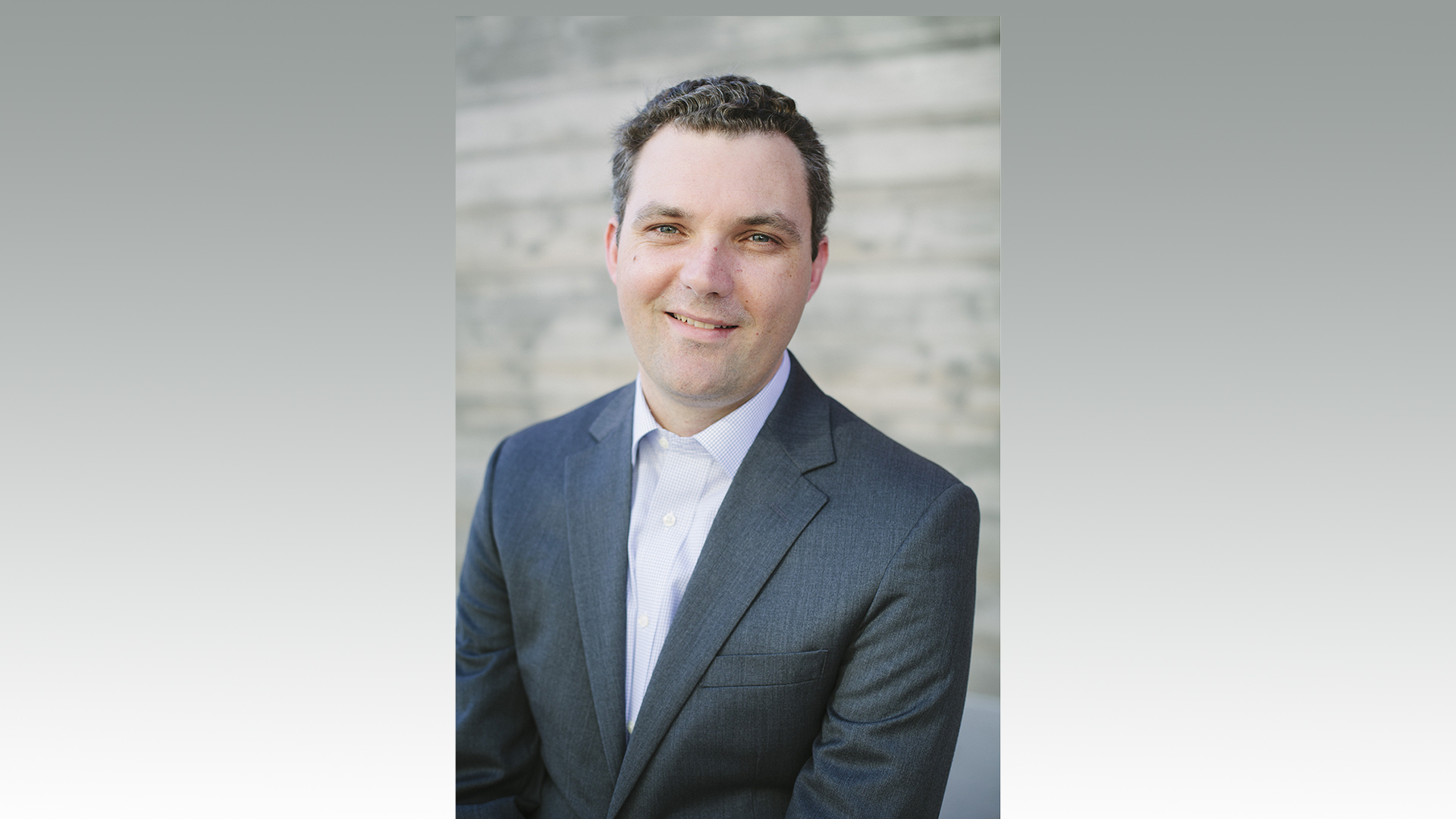 Mark Dupere is an assistant professor of Music at Lawrence University, where he is the director. He studied cello at the University of Texas at Austin and continued his studies in baroque cello at the Royal Conservatoire in The Hague, The Netherlands. He completed his doctorate in Orchestral Conducting at Michigan State University of Orchestral Studies.

PBS Wisconsin met up with him ahead of this year’s State Honors Band performance to discuss the program he’s put together this year and hear about the best concert he ever attended.

PBS Wisconsin: What are some of the pieces you’ve chosen for this year’s orchestra program?

Mark Dupere: I love all of these pieces; I have experience with them in different situations. I played some of them when I was in high school myself, and I have such fond memories of them. The first piece is Dvorak’s Carnival Overture. It’s a wonderful festive party like atmosphere. I first encountered it when I was in all state in Arizona and just had so much fun, and it just resonated with the youthful time of my life. It’s funny how music can cement memories from decades ago, and you remember where you were sitting when you’re playing the music. I wanted to bring music that had that kind of capability to this program.

“March to the Scaffold” from “Symphonie Fantastique” is another one of those pieces, as well as Michael Torkey’s “Javelin.” That piece was commissioned by the Atlanta Symphony Orchestra for its 50th anniversary in the mid-90s. The Olympic Games were happening there in Atlanta at around the same time, so there was a relationship there with the Olympics and of course, “Javelin.” Everybody thinks about the competitive games and this music, it sounds just like javelins being thrown around.

PBS Wisconsin: Are any of the compositions you’ve selected particularly challenging for the students?

Dupere: Some more than others. “Javelin” is very notey, meaning a lot of notes thrown in a very fast tempo. And of course, the challenge is how to construct it musically, so the ear is not drawn to the individual notes, but rather to the gestures and to the overall shapes of the music. Technically speaking, to get all those notes and to execute them on time was very challenging, but a good challenge, and it’s been great to see the students work so hard on that.

PBS Wisconsin: How do you help students navigate the challenges of learning the trickier sections, especially amid such a unique rehearsal structure?

Dupere: Back in June, we started our retreat with two days of virtual rehearsals, and we spent time meeting as a group. Then we broke out by section into different breakout rooms and had coaches work with them on the technical aspects. We practiced playing along with the recording, and I made a few different versions of the recordings by slowing down the tempo which helped us learn it at a slower tempo and then gradually sped up it up. I think that really helped.

But, it was really great those first two days of virtual learning and virtual rehearsals because we got to spend a little bit of time on the background of the story and just contextualize the music. We weren’t just focusing on the notes and the technical aspects, but more the background story so we could put some meaning to these notes. 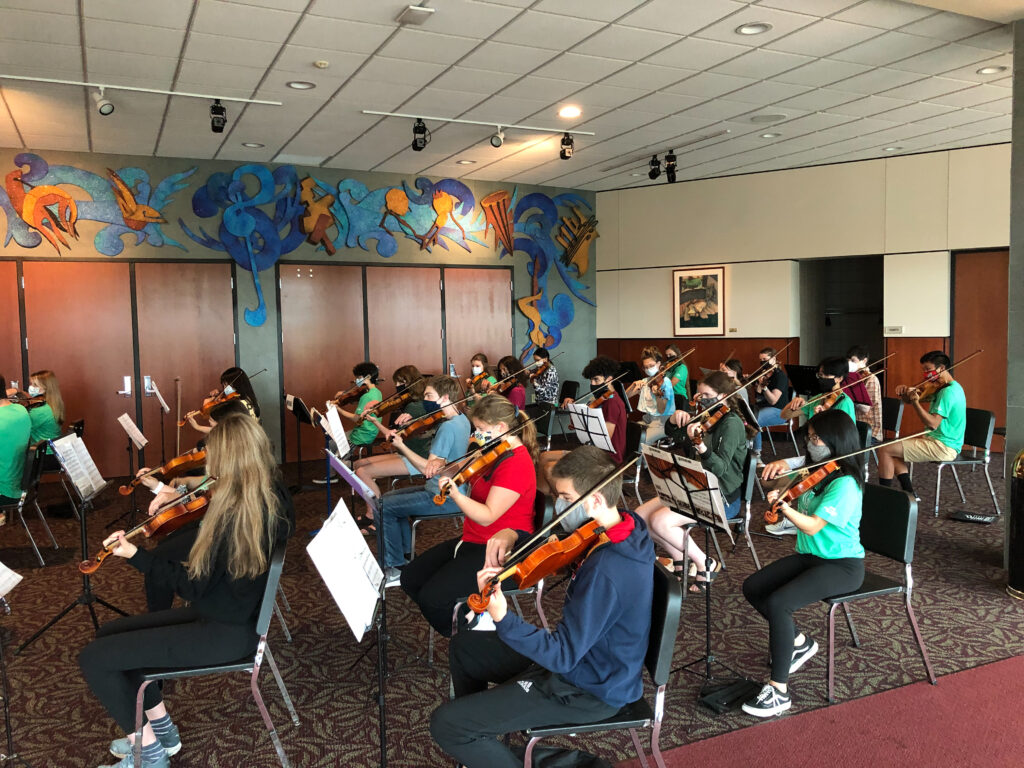 Dupere: That’s a difficult question because I’ve been to many performances. John Eliot Gardiner conducting his orchestra, Orchestre Révolutionnaire et Romantique, in L.A. in 1998.

Their performance of Beethoven symphonies three and four was very memorable, very life changing. The music itself is amazing, but their delivery of the music was so compelling. It sounded like the first time that this music was performed, like it was contemporary, like it was written the day before, it sounded that fresh — and it sounded like it was the last time they were ever going to play it. They put all of their energy into the piece, and it’s just the most stunning thing ever.

PBS Wisconsin: Why is music an important part of life?

Dupere: I believe music is a gift from above and music can connect the whole world in ways that language is barred from. Music can be transcendent to us in ways that take us out of our mundane, everyday life, and make us ponder, and think and prioritize. It can, in a sense, get us out of ourselves and help us look at the world around us and ask questions. It’s entertaining as well, but it’s so much more than that; I feel just putting it in a box of entertainment is so limiting, you know? So yes, it’s important.

And in terms of compositions that were written earlier today and yesterday and last week, last year and 100 hundred years, 200 years ago, you know that music will continue past our lives. So to be a part of history when we’re performing old works and then passing it to future generations, it’s something very special and beyond ourselves, and it connects with humanity through the ages. It’s very significant in that way. I see ourselves as a very small part in a long lineage going beyond time.

PBS Wisconsin: What has performance looked like for you over the last year and a half?

Actually, the biggest change was last week — we had our first concert with a live audience. It was amazing to come out on stage and see people and perform for them. You play differently if you’re playing in front of a camera or a microphone than when you’re playing to people. It changes your playing; you’re connecting with people, like having a conversation. When that element has been taken out of the equation, it’s another thing that makes it more challenging, it’s more artificial. I’m so thankful for that, to play in front of people again.