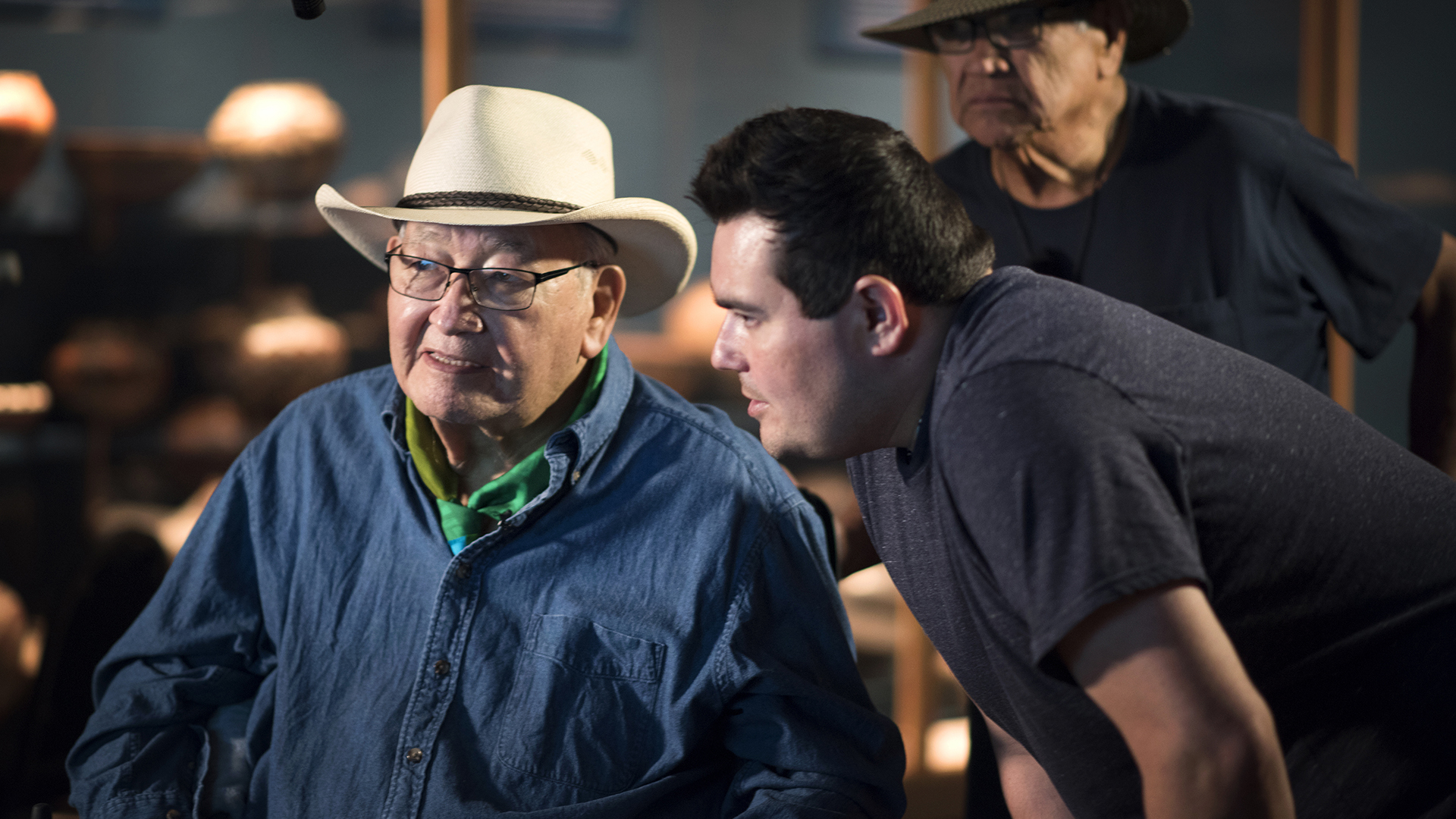 April is National Poetry Month – a month to honor and celebrate poets, past and present, and their craft. PBS Wisconsin invites you to explore poets and poetry, both local and beyond, with this selection of programs streaming online now.

Produced in 2018, Hip-Hop U follows a group of UW-Madison students in the renowned hip-hop arts scholarship program First Wave. It showcases the art of “spoken word,” defined by the Poetry Foundation as “a broad designation for poetry intended for performance…characterized by rhyme, repetition, improvisation and word play, and frequently referring to issues of social justice, politics, race and community.”

Emily Wilson, professor in the Department of Classical Studies at the University of Pennsylvania, offers insights into how she translated the classic poem, “The Odyssey.” Wilson, the first woman to translate the story into English, remains faithful to Homer’s original work.

University Place: American Poets on Death and Suffering in the Civil War

Beth Lueck, professor of Languages and Literature at UW-Whitewater, discusses the poems written during the Civil War to come to terms with the death of loved ones and to bear witness to the losses. Poems focused on loss, displacement and sorrow.

A moving portrait of one of America’s most celebrated and revolutionary poets of the last half-century. The film showcases Bly’s development as a writer with an unswerving belief in the importance of poetry both to his own life and to American culture in general.

For tens of thousands of years, Aboriginal culture has been handed down orally through song and poetry without the need to write anything down.

The Art Assignment: Having a Coke with Frank O’Hara

Frank O’Hara is best known for his poetry, but in this Art Cooking we explore his life as a poet as well as an art curator at MoMA.

Delve into the enigmatic life and mind of the Pulitzer Prize-winning author and poet N. Scott Momaday, best known for “House Made of Dawn” and a formative voice of the Native American Renaissance in art and literature.

Best known for his Gothic horror tales and narrative poem “The Raven,” Poe’s stories are the basis of countless films and TV episodes, and have inspired even more, as has his name and image. Determined to re-invent American literature, Poe was an influential – and brutally honest – literary critic and magazine editor, who also invented the detective protagonist with his character C. Auguste Dupin.