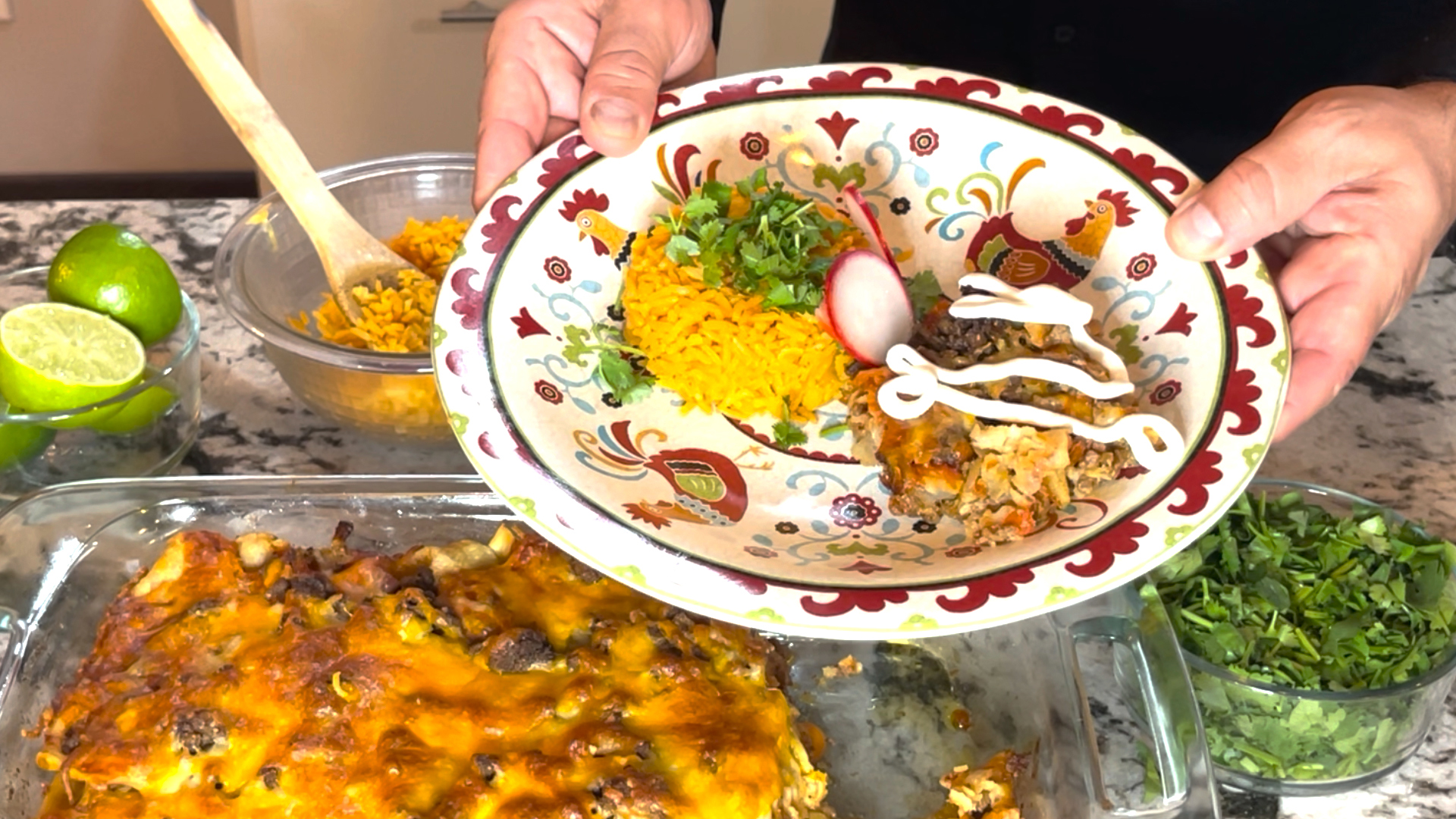 Torrez, from Verona, submitted a video and recipe for beef enchiladas.

“It’s one of those dishes that allows me to go back in time and see myself with my family — my siblings, my mom, my dad,” Torrez said of the recipe. “This was one of the dishes my mom would make. We grew up in a very humble life and my mom could make anything out of small things and make it into a big meal, and this was one of those. Everything about it speaks my mom. I learned how to cook because of her and that’s one of the dishes I go to when I just want to take myself back home.”

Torrez has a lifelong love of creating memories through cooking and sharing meals, which inspired him to enter the Create TV Cooking Challenge.

“I’ve always been passionate about food my entire life, and I’ve always been interested in doing something with TV or something of that nature,” Torrez said. “I share a lot of my cooking with the friends I surround myself with … I thought, let’s just try it and see what happens. It’s just one of those things where I kind of just let myself go and be free.”

This year’s entrants presented multi-generational recipes originating from more than 25 different countries and cultural traditions, as well as American-grown recipes representing nearly 35 regions of the country.  The winners’ recipes, as well as many select entries and some shared by the judges, will appear in Create’s new Heritage Recipe Collection at CreateTV.com.