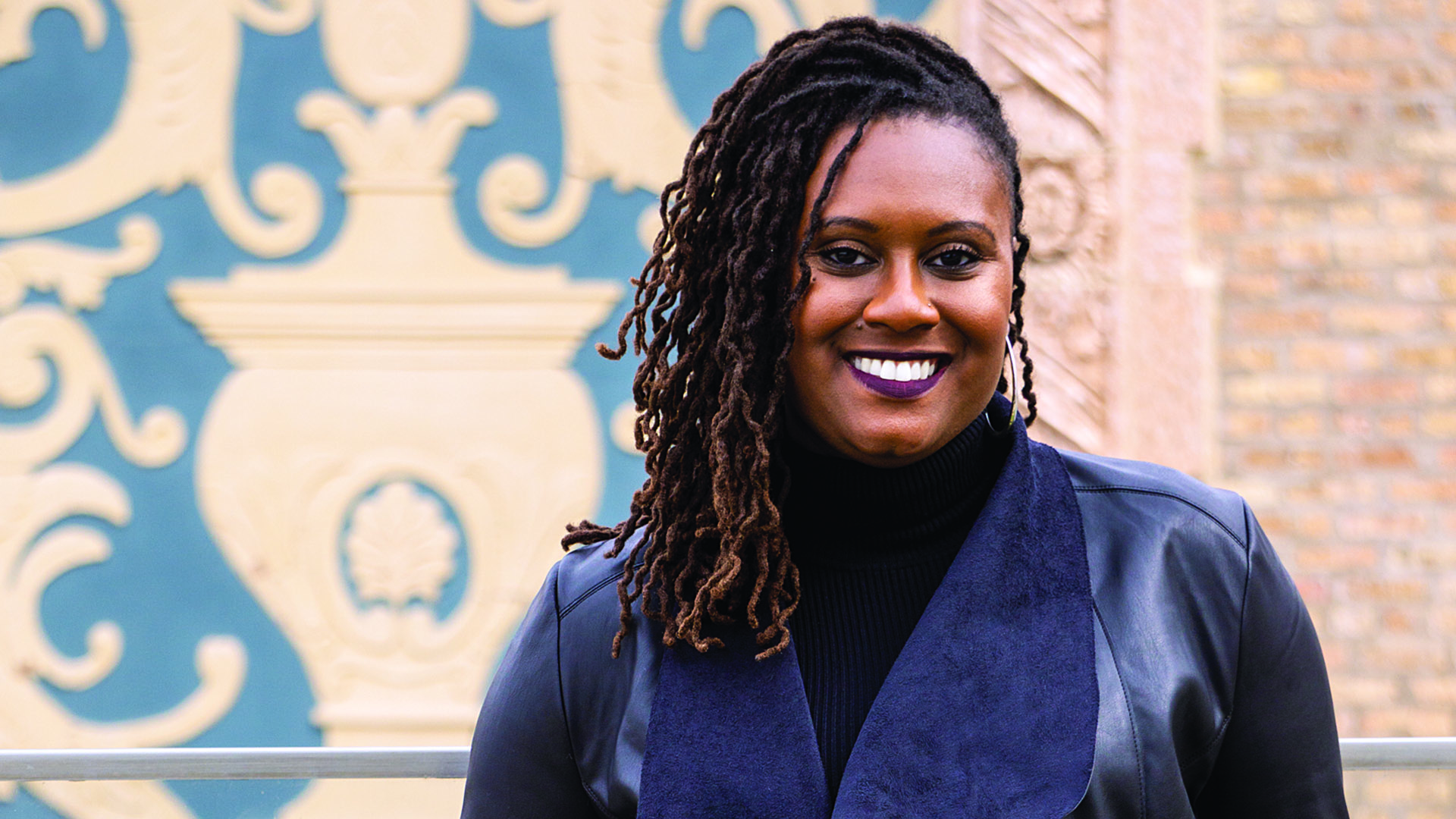 In advance of the premiere of Why Race Matters, we spoke with Fitzgerald about the project and how she hopes it inspires viewers.

Angela Fitzgerald: It was around the time of George Floyd’s killing. There was a lot of activity, this resurgence of conversation around racial injustice and all of that. I noticed brand engagement in a way that felt unique in terms of brands now saying what their stance was around racial inequity and racism and all of that. I was super curious what PBS Wisconsin’s stance was simply because I work with PBS Wisconsin. I host a show on the network and I’ve seen intentionality on behalf of staff leadership within the network to do things in ways that did promote equity and antiracism. At that time there had not yet been any sort of public-facing statement or anything, at least that I had come across from the network. On the one hand looking at all these other brands and outlets making their statements and then I wondered where PBS Wisconsin stands and also confronting myself and my access rights to network, saying, what’s my responsibility within all of this to try to elevate some of these issues, particularly within our state? I wanted to center the conversation or at least help to do my part to center the conversation within a Wisconsin context. [Editor’s Note: Days after Angela proposed the series, PBS Wisconsin did respond publicly and launched a number of other initiatives focused on racial justice and anti-racism, many which can be found in this collection.]

PBS Wisconsin: What are some of the challenges you faced developing this new project?

Fitzgerald: Some of the challenges with doing things that are designed to engage particular communities is it has to be inclusive of that community’s perspective and voice. I didn’t want to be the only Black or one of the few Black voices that was speaking to the issues that Why Race Matters wants to uplift. That came about through brainstorming, who are the people that I know have a pulse of what’s going on and reflect diverse perspectives? That led to the invites to the folks that ended up being part of the advisory team where they do reflect on these different viewpoints within the Black community in Wisconsin, which was important to me because we’re not a monolith. Making sure that representation is there even within our community so that the project would hopefully be reflective of all of us and not just a subset of us.

PBS Wisconsin: What are some of the topics you cover?

Fitzgerald: One of the first episodes I was able to view was about Black farming and land ownership, which I’m super excited about because I have a conversation with a local farmer who has done amazing work in the community around access to healthy and locally-grown produce, as well as representing what Black farming looks like in the state. We have a great conversation around what that means, even what his experiences have been like, and the challenges he’s faced with being in that particular field, not always being recognized as being part of the field but still the necessity of him being present in order to get support that access of healthy, locally-grown produce within his community and the health implications of that. That’s just the first episode. Other topics include mental health, infant mortality, civic engagement, the school-to-prison pipeline, incarceration and economic empowerment.

PBS Wisconsin: How did the COVID-19 pandemic impact production of Why Race Matters?

Fitzgerald: Normally we might have had a studio setup or done some other things like traveled around the state, more like how the production for Wisconsin Life goes, but because of COVID-19 what we ended up doing was we had access to the rooftop of the Madison Museum of Contemporary Art. We set up chairs six feet apart on the rooftop with the nice greenery in the background, everyone was social distanced, we all had on masks until myself and the interviewee were speaking, antibacterial products all around and we did our thing.

PBS Wisconsin: What challenges did the pandemic pose?

Fitzgerald: That did pose a limitation in terms of our idea to connect with folks around the state. You mainly have the perspectives and the voices of Madisonians and these were awesome people we were able to connect with, but had we not been in a pandemic we would have been in the PBS Wisconsin van going to different parts of the state and connecting with the Black community in those locations to get their vantage point and to hear their experiences. The hope for the future is that we will be able to travel around a bit more and to go where people are to hear what their lives are like.

PBS Wisconsin: Who is your target audience?

Fitzgerald: We are targeting not only those who are existing PBS Wisconsin viewers but we’re also trying to tap into a new demographic in terms of the Black community, the Indigenous community, other historically marginalized communities in Wisconsin who are eager to see their voices and their stories reflected back at them in a way where they are also seeing that they’re controlling the narrative.

PBS Wisconsin: What do you hope viewers take away from this digital series?

Fitzgerald: I hope they take away part education, part call to action. Education in the sense that in all the episodes we have a history piece and then connecting that historical brief to the present day conversation from the interviewee. Then that leaves us with what’s next? What part can you play as a viewer to support these issues, to continue to enhance your own understanding about these issues? We are building out a library of resources to accompany each episode to reflect that way of thinking. Here are some organizations, here are some things you can read up on, other things to help that energy maintain itself, to hopefully lead to whatever action makes sense for that person. That is the hope, that there’s encouragement, there’s enlightenment, there’s motivation, there’s mobilization but definitely education and call to action being the two parts that we hope every single person that views it takes away.