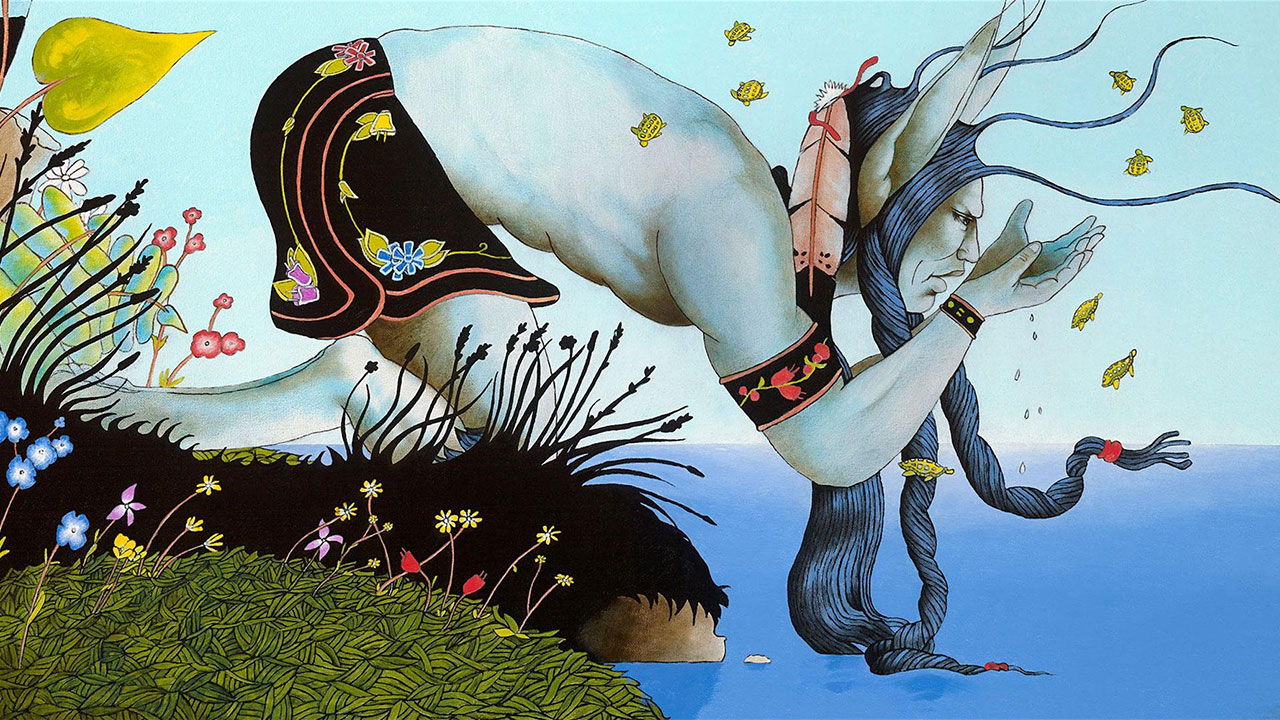 Its designation in November aligns with the conclusion of the traditional harvest season, and encourages the general public’s education about tribes, the unique challenges Native people have faced in the past and present, and the ways they have worked to overcome these challenges.

PBS Wisconsin invites you to learn more about Native peoples with the following programs, airing this month and streaming online, anytime, at pbswisconsin.org.

AIRING IN NOVEMBER ON PBS WISCONSIN

See how a group of Native and non-Native leaders in Maine came together to acknowledge and address the abuses suffered by Native children in the hands of the child welfare system. PBS Wisconsin Passport members – watch the full episode online here.

Navarro Scott Momaday, recipient of the first Pulitzer Prize for Fiction awarded to a Native American writer, and his daughter, filmmaker Jill Momaday Gray, take viewers on a modern-day road trip loosely based on his Kiowa nation’s ancestral myths and legends.

With insight from Ojibwe elders, biologists and artist Rabbett Before Horses Strickland, this film captures enduring spiritual connections with Brother Wolf, the lasting bonds and responsibilities shared between Native people and the wolf species, and the opportunities and challenges presented by the reintroduction and protection of the animals across reservation lands.

Ojibwe artist Rabbett Before Horses Strickland first shared his extraordinary work with PBS Wisconsin viewers in the documentary Ma’iingan: Brother Wolf. This new documentary highlights the work of this talented Wisconsin artist, musician and theoretical mathematician, whose paintings reflect the culture of his community.

Tribal Histories features tribal storytellers sharing the culture and oral traditions that have shaped their communities across generations.

Ada Deer, author of “Making a Difference: My Fight for Native Rights and Social Justice,” Theda Perdue, a professor emerita from the University of North Carolina at Chapel Hill, and Larry Nesper, the director of American Indian Studies at UW-Madison, discuss Deer’s life from the Menominee Reservation to serving as the assistant secretary of Indian Affairs for the U.S. Department of the Interior.

Debbie Reese, founder of the “American Indians in Children’s Literature” blog, discusses the portrayal of Native Americans in children’s literature. Reese focuses on the stereotypes depicted in the books from the 1960s through present day.

Robert Birmingham, co-author of “Indian Mounds of Wisconsin,” provides an overview of the effigy mounds, created by American Indians. Birmingham contends that the mounds model the Native American belief system and their relationship with the spirit world.

Louis V. Clark III, the author of “Rebel Poet: More Stories from a 21st Century Indian,” shares his poems which touch on discrimination, addiction, the struggle for community and the comfort of family.

The Life and Times of Indian Agent John Kinzie

Peter Shrake, author of “The Silver Man: The Life and Times of Indian Agent John Kinzie,” discusses John Kinzie’s life and his interactions with Native Americans in the mid-1800s. Shrake explores the history of the Midwest through Kinzie’s experiences.

How Wisconsin Indian Tribes Got Their Casinos

Jim Oberly, professor in the Department of History at the University of Wisconsin-Eau Claire, explains tribal sovereignty and provides an historical perspective on how Wisconsin’s 11 federally recognized Native American tribes opened casinos in the state.

Hear the history and stories passed down by Roberta Hill as she tells of her grandparents, Charles Abram Hill and Dr. Lillie Rosa Minoka-Hill.