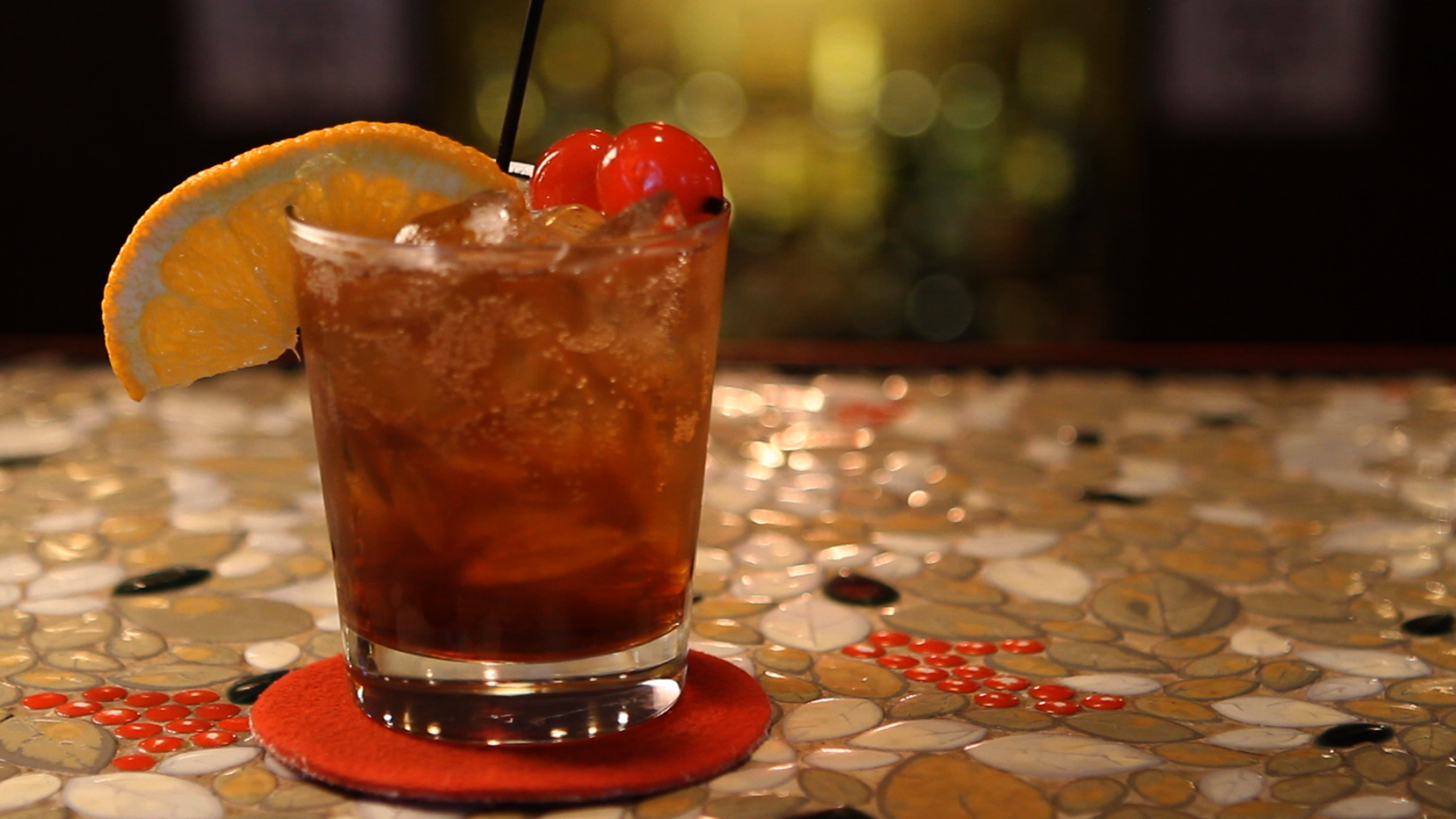 Old Fashioned: The Story of the Wisconsin Supper Club-Q&A With Holly De Ruyter

Old Fashioned: The Story of the Wisconsin Supper Club is a documentary premiering 8 p.m. Thursday, March 14 on Wisconsin Public Television.

The documentary explores the cultural and historical events that shaped supper club culture in the badger state. Current supper club owners and patrons discuss the institution’s past and imagine its future.

Filmmaker and WPT history producer Holly De Ruyter sat down with us to talk about the documentary.

Read on to learn more!

Tell me about how this documentary came to be and what inspired you to examine Wisconsin’s supper clubs.

I grew up outside of Green Bay in Oneida. You grow up not realizing the traditions that you have. You don’t realize what you have until you leave. I left Wisconsin and went to college in Chicago. The city is known for its dining scene and for having a variety of restaurants but there were no supper clubs. As a Wisconsinite a supper club was like a diner, a very common type of restaurant that’s everywhere. I started to realize a lot of things I was missing in Wisconsin were encapsulated in the supper club. As a filmmaker I thought it would make a good documentary. I didn’t have a car or other resources at the time to make the film, so I put it in the back of my mind. I graduated college and I worked for a production company. I was working on everyone else’s film projects and I got to the point where I got the creative itch and I wanted to work on something that was mine. Shortly after that, the recession hit, and I lost my job. The production company still let me use their equipment and the guy I was dating said I could use his car. I rounded up some friends and started making the documentary.

What year was that?

2009. It took six years to make. It premiered in 2015 at the Wisconsin Film Festival. Since then its screened at other film festivals and a lot of community events, supper clubs and libraries. When I started making this documentary there were no other books or films on supper clubs. It took a lot of research learning about why they’re popular in Wisconsin, what fish frys are and why Wisconsinite’s use Brandy in their old fashioneds.

What did you find out?

Supper clubs were a dining trend that was started in California by a Wisconsinite. Lawrys The Prime Rib in Los Angeles was the first one. The supper club trend then spread across the whole country. Like most trends they faded away, but it really took hold in Wisconsin. The established dairy and agriculture industry, along with the number of paved roads in the state played a part in its success here.

And the old fashioneds?

There was a large German population that settled in Wisconsin. They preferred sweet drinks. During prohibition people were drinking “rot gut liquor” and started using sodas in their cocktails to cover the bad taste. Korbel brandy had a booth at the Chicago

World’s Fair in 1893. The Germans from Wisconsin went to the fair and found the U.S. made brandy was much cheaper then the liquor they were getting from Europe, so they started drinking brandy. The combination of the preference for sweeter drinks, Korbel’s presence at the World’s Fair and the use of soda in cocktails, helped create the Wisconsin-style old fashioned.

In the documentary’s preview someone talks about the key parts to a supper club experience. In your opinion, what are those elements?

I get asked this all the time and it’s one of the hardest questions because there’s no hard-fast line to what makes a supper club. There are some key components that they should have. The supper club should be owner operated and have an owner present at the restaurant. When you walk into the building there should be a separate dining area and separate bar area. The decor and architecture can speak to the surroundings, for example if it’s in the 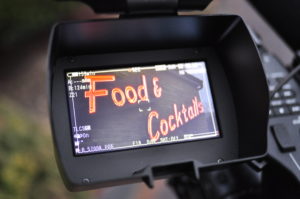 north woods it can be a log cabin, or it can reflect the interests of the owner. The supper club should have a focus on homemade foods. These aren’t chain restaurants where you get microwaved foods. The food is made from scratch. They should serve old fashioned cocktails and ice cream drinks. The restaurant should have a classic supper club menu which focuses on steaks and seafood. One place up north has a shrimp and red curry dish. It still has the focus on the classic foods, but it can be modernized. They should serve fish fry’s on Friday, prime rib on Saturday and Chicken on Sundays. Usually broasted chicken. That’s a big thing here in Wisconsin.

What were some of the challenges during the making of this documentary?

Time. That’s why it took six years to make. Life happened while I was making the film, which is something so many filmmakers experience. It was also challenging to find structure in the film during post-production. Trying to tell the story in a logical way while keeping the viewer engaged was really challenging. Supper clubs across the state can vary a lot and we wanted to represent the different parts of the state as much as we could.

How many supper clubs did you visit across the state?

What was most rewarding in making the film?

For me when I started making this film, the supper club owners were unsure of the future of the business. Supper clubs are family businesses that traditionally get passed down through the generations, but a lot of the parents were saying their kids didn’t want to run the business, because supper clubs as a whole were in 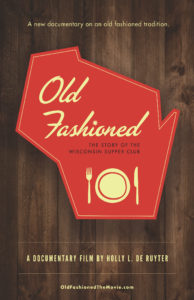 trouble. That’s why we needed to make this film because this is something that is going to go away. After making the film, there was a resurgence in supper clubs. People are interested in them again. I think it’s because people in their thirties are sick of the chain restaurants. They want to try something new, something different. They want to go somewhere where they know the food is better and know where their food is coming from. It’s such a trend, but that’s what supper clubs always were.

The original farm to table movement.

Exactly. That’s one of the reasons supper clubs were so strong in Wisconsin because we had good beer and good agriculture. It was nice to see a resurgence and re-interest in supper clubs. I feel like I’ve seen that with my film. People get so excited and they are so proud of its place in our culture. I like to remind people that it is important that we patronize and support supper clubs. It’s part of who we are.

What is your favorite part of the Wisconsin supper club experience?

I love the sense of community and togetherness. If you go to a 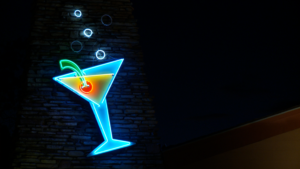 supper club with a friend, you’re not going to sit there and just talk with your friend. You’re going to meet the people around you. They’ll turn to you and ask you questions. They’re going to be engaging. It creates this environment where everyone feels like we’re here together and we’re experiencing this together.

How do you think WPT audiences will react to this documentary?

I don’t think it’s going to be a normal viewing experience for most people. When people watch this film, a lot of them can’t help saying, “Oh my gosh, I’ve been there, there’s our supper club!” The first time I screened this film was with the alumni association here at UW-Madison. People would clap when their supper clubs would come on the screen. It’s like an interactive experience. It triggers people’s memories and experiences. You’re going to get hungry and thirsty and you’re going to want food and drinks.