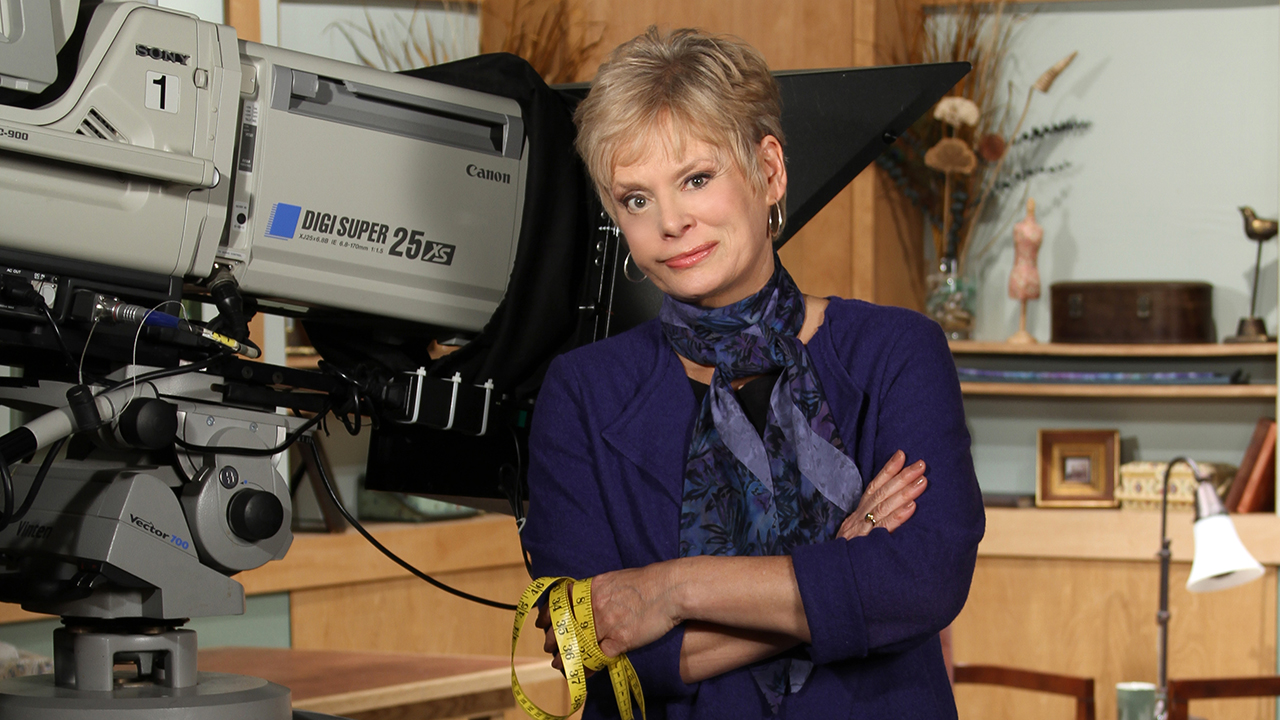 During the course of 36 seasons and more than 900 episodes filmed from 1982 to 2017, Nancy Zieman was an important fixture of PBS Wisconsin’s Saturday morning schedule.

As host of Sewing With Nancy, she provided hands-on, project-based instruction for sewers and quilters of all skill levels in what remains the longest-running sewing series on public television.

Her skills and connections in the sewing and quilting communities made her an inimitable forerunner in the do-it-yourself television realm, but it was her calm, kind demeanor and gentle encouragements that made her an unexpected television celebrity.

Featuring home video footage, photo archives, voice recordings and interviews with family, colleagues and fans, Nancy Zieman: Extraordinary Grace will give viewers a new look at a woman who lived life and all its successes and challenges with exceptional grace.

“Because PBS Wisconsin had such a longstanding and important relationship with Nancy, after she passed in 2017, we knew we wanted to do something to not just honor her, but bring her story to the public,” said Laurie Gorman, executive producer of the documentary and longtime director of Sewing With Nancy. “A lot of people knew her as Sewing With Nancy, and that’s very important, but a lot of people didn’t know about the story behind how that show was created, how Nancy found her calling and challenges she faced multiple times throughout her life. It’s a story about somebody who overcame a lot of challenges in her life and still was able to find success and artistic expression.”

The hour-long film is a visual treasure trove of never-before-seen moments from Zieman’s life, from her diagnosis with Bell’s palsy, a rare facial paralysis, as a toddler to the early days of her sewing career to the stops and starts that led her to host Sewing With Nancy.

The film’s production crew credits the depth of the film to the meticulous memento-keeping of Zieman and her family.

“Nancy and her family were incredible at saving so many things,” said producer Grant Fenster. “For example, the 4-H scene, all that collage material, the newspaper clippings. The blue dress that was on the dress form was one of Nancy’s 4-H projects; she made that when she was a senior in high school – we’re talking about how to put in a waistband, that first project where she discovered her calling, more or less. That was the actual project. They meant the world to her because that’s where she found herself … whenever you’re doing these things, most of the time you don’t have video from that timeframe, but to have those elements and to be able to film them and create that tone and place was huge.”

Viewers will also be treated to interviews from those who knew her best and, in some cases, from Zieman herself.

In yet another rare opportunity for documentary filmmakers crafting posthumous works, the Nancy Zieman: Extraordinary Grace production crew were given taped voice recordings of interviews between Zieman and Marjorie L. Russell, her co-author of Zieman’s autobiography, “Seams Unlikely: The Inspiring True Story of Nancy Zieman.”

“We were incredibly fortunate to have those, to have her voice and to be able to hear her unfiltered,” Fenster said. “What you saw is what you got with Nancy, for sure. I listened to 13 hours of her, and she is what you saw.”

Longtime Sewing With Nancy fans will recognize early clips of the show, filmed in Zieman’s living room with a one-person camera crew, and its eventual move into the PBS Wisconsin studio in Madison. Viewers will also learn more about the show’s evolution beyond its filming location and how Zieman’s knack for knowing what her viewers and consumers wanted kept sewers and quilters engaged for more than three decades.

Perhaps one of Zieman’s most-lasting legacies is the ongoing annual Great Wisconsin Quilt Show. What began as her brainchild for an opportunity for members of the quilting community to convene and share inspiration has grown into an annual Wisconsin event revered – and attended by – quilters from around the globe.

“I don’t think she gets enough credit for how smart she was as far as having the business and having the TV show, and how one supported the other,” Gorman said. “To a lot of people, it was just a sewing show, but it evolved over the years and that was because she was always looking for and trying to stay on top of: what do people want to see, what’s of interest, where are their interests going, how can I reflect that with my show?”

Today, Sewing With Nancy lives on as The Best of Sewing With Nancy and airs at 9 a.m. Saturday mornings on PBS Wisconsin. The full collection of episodes is available for streaming online, anytime, at pbswisconsin.org.

In a fitting tribute to Zieman’s impact on the sewing and quilting communities, Nancy Zieman: Extraordinary Grace had its exclusive premiere screening for attendees of this year’s virtual Great Wisconsin Quilt Show in September. As expected, “it really spoke to that community of quilters out there,” Gorman said. “Nancy’s tribe.”

Gorman and Fenster hope the November premiere of Nancy Zieman: Extraordinary Grace will illustrate and honor the graceful, faith-forward approach Zieman took to her life and career.

“I hope they get a glimpse into the person behind who they saw on their television especially people who aren’t familiar with Sewing With Nancy or Nancy’s Notions,” Gorman said. “They can learn something about this person who is very special to a lot of us and who made a lot of inroads into a world that we kind of take for granted. She was an entrepreneur. She was really a trailblazer. And for those people who do know her, I hope that they see that we tried to honor her. That they recognize that she was about family, that she was about faith, that she was about community.”