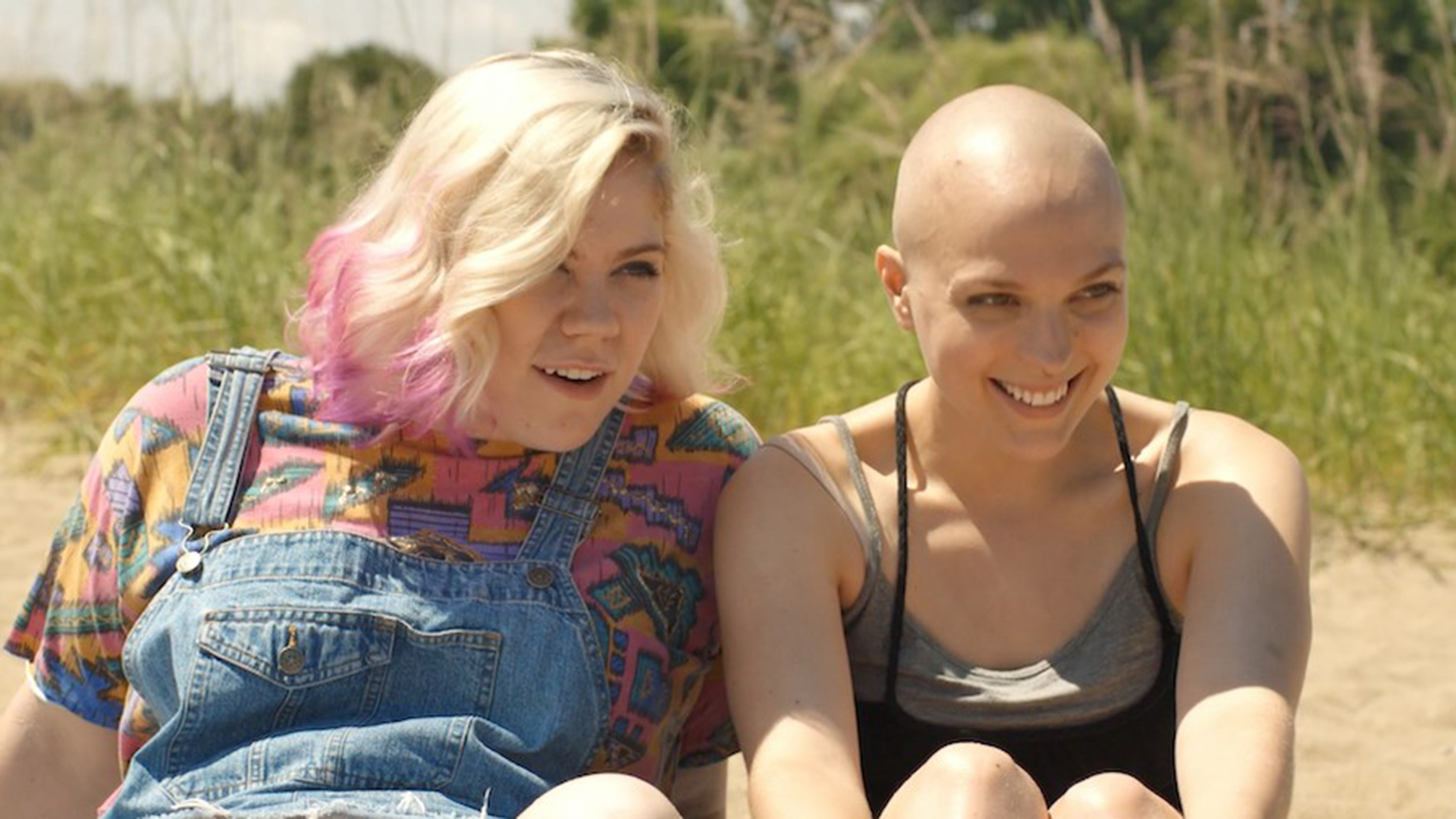 Is it possible to laugh at cancer? Find out by tuning in to PBS Wisconsin at 10 p.m. this Friday, June 25 for Director’s Cut, where I will discuss an indie film that tackles the subject of breast cancer head on. This week I welcome Ginger co-director Jimmy Boratyn into the studio to talk about his film.

In Ginger, the title character is a flighty, twenty-something woman trying to navigate early adulthood. Ginger has trouble holding down a job and is dating a self-centered doctor. She is more than aware that life isn’t perfect, but like most twenty-somethings, still has a zest for life and the assumption that she has all the time in the world. Enter the film’s antagonist and menace to humankind: cancer. After discovering a lump in her breast, Ginger’s life changes in a heartbeat as life gets even more real.

The story is told with firsthand insight, compassion and laughter. Ginger is based on co-director Melissa Boratyn’s struggle with breast cancer. Most people watch films to escape. For filmmakers Melissa and Jimmy Boratyn, they made a film to escape and help cope with Melissa Boratyn’s painful ordeal.

Now to the laughter part of Jimmy Boratyn’s cinematic equation. Despite the heavy subject matter, Ginger adds the funny at just the right times, which was not an easy balance to create for a director telling such a heart-wrenching story. In my humble opinion, laughter is the best medicine for anything, aside from actual medicine.

Ginger is the second film so far this season that is set in photogenic Chicago. The city’s skyline is always fun to look at, but Jimmy Boratyn filmed in the neighborhoods – showing film fans who are not from Chicago some unique and picturesque landscapes. The setting is not a surprise, as Jimmy and Melissa Boratyn are both graduates of DePaul University’s film program. Their therapy did not stop when post-production of Ginger was completed. In 2020, the couple created the Melissa and Jimmy Boratyn Foundation with a mission of empowering those impacted with cancer through the art of film.

On a side note, having Jimmy Boratyn as a guest is bittersweet as he and Melissa Boratyn were booked together on our show before COVID-19, another menace to humankind! By the time we were able to shoot this episode, Melissa Boratyn had passed away, having lost her battle with cancer. A big tip of the hat for Jimmy Boratyn for not only making the drive from Chicago to our studio and agreeing to do the interview alone, but also being such an open book about Melissa Boratyn’s struggles as well as his own during our talk.

Jimmy and Melissa Boratyn said the goal of their film is to make cancer suck just a little bit less. A big thank you to these indie filmmakers for doing just that! Enjoy Director’s Cut at 10 p.m. Friday, June 25 and stick around to watch Ginger at 10:30 p.m. on PBS Wisconsin, your home for independent film!