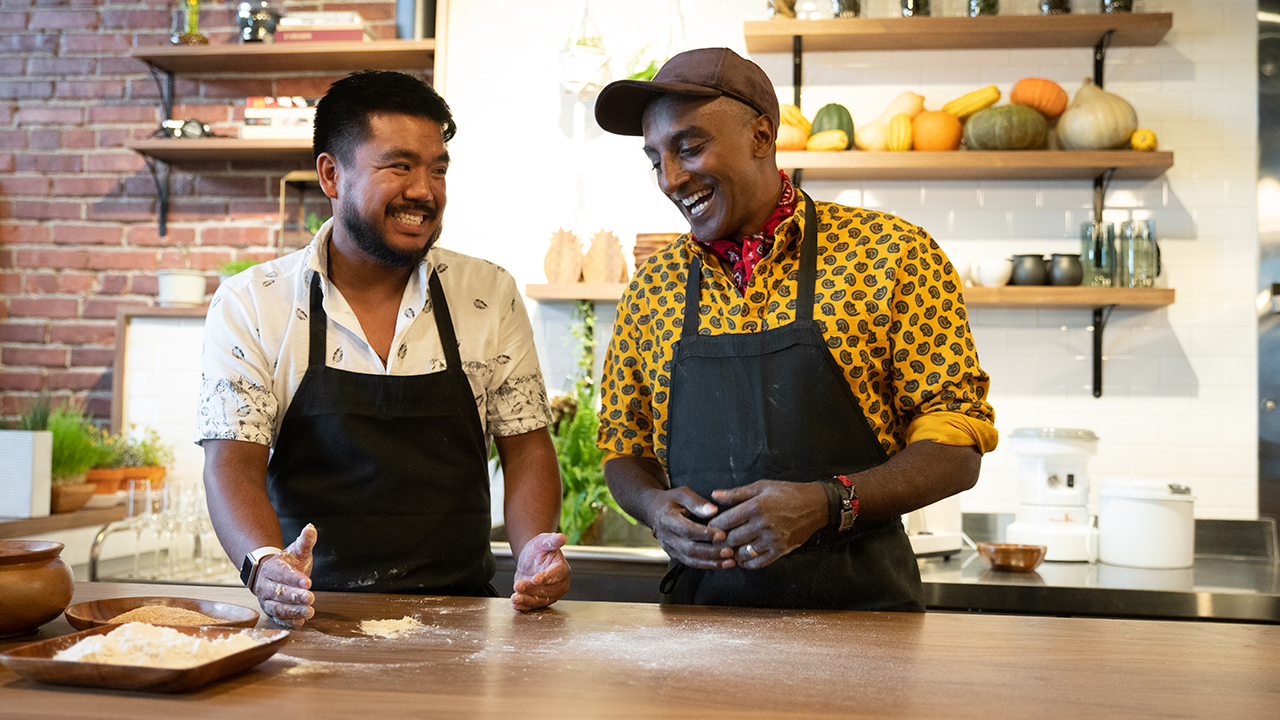 In recognition of the arrival of the first Filipinos to land in America on Oct. 18, 1587 – and of the birth month of Filipino American labor leader Larry Itliong – the United States designates October as Filipino American History Month.

This designation honors the events, experiences and lives of Filipino Americans, the second largest Asian American group in the nation. PBS Wisconsin invites you to celebrate Filipino American History Month with the following online programs.

Bravo Top Chef’s fan favorite Sheldon Simeon finds it easy to shine the light on traditional Filipino dishes, but it takes a first ever trip to the Philippines to rock his culinary senses. Born and raised in the small town of Hilo, Hawaii, Sheldon credits his dad for his love of the Filipino cuisine. Join Family Ingredients in an episode that shares everything about family, food and fun.

Filled with chop suey houses, gambling dens and dance halls, Little Manila was the area in Stockton notoriously called Skid Row, but it was also the closest thing Filipinos had to a hometown. Narrated by famed Filipino American producer Dean Devlin (Independence Day, The Patriot), this documentary tells the immigrant story as Filipinos experienced it.

One of the Philippine’s most dangerous and bizarre shapeshifters, the viscera-sucking, self-segmenting Mananangaal hunts at night. A beautiful woman by day, this creature detaches its upper torso and grows wings after sunset. An intestine-dangling nightmare woman sounds like absolute madness, but can she teach us about the history of social and religious power in Filipino culture?

University Place: One Family and Migration in the 21st Century

Jason DeParle, senior writer for The New York Times and author of “A Good Provider Is One Who Leaves,” shares the three-decade migration story of a Filipino family’s journey from Manila through the Middle East to Europe and eventually to the United States.

Asian Americans: ‘They Liked to Pit the Mexicans Against the Filipinos’

The Filipino farmworkers voted to strike, but they had to convince Cesar Chavez, the leader of the Mexican workers, to join them. The task was left to Larry Itliong. Together Filipino and Mexicans mounted a historic and victorious grape strike that electrified the world.

Asian Americans: ‘We Farmworkers Should Have an Organization of Our Own’

By 1965, the Filipino farmworkers in the grape fields of Delano, California, had enough with low pay, no health benefits and toxic working conditions.

WEDU ARTS PLUS: Dances for Traditions