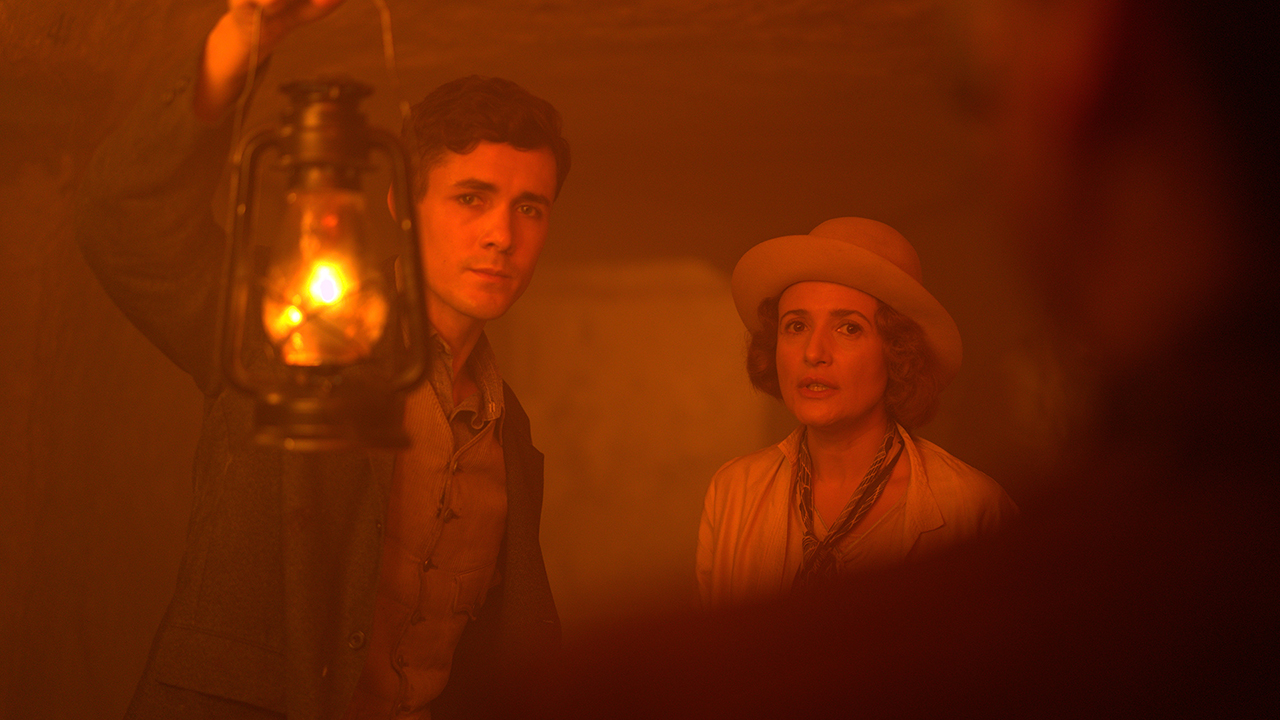 Travel the globe with Agatha Christie, the world’s best-selling novelist and crime writer, in these murder-mysteries airing Thursday nights this month.

Agatha and the Curse of Ishtar

In the late 1920s, Agatha Christie, bruised from her divorce, travels to the deserts of Iraq for an archaeological dig. Looking for escape and inspiration for a new career, Christie (Lyndsey Marshal) begins writing romantic fiction instead of the detective novels that had made her a celebrity. But soon she becomes involved in unraveling a series of mysterious murders. Jonah Hauer-King (World on Fire) portrays Max Mallowan, a handsome archaeologist determined to win Agatha’s affection despite a 14-year age gap. PBS Wisconsin Passport members: watch the full program on demand now!

Agatha and the Truth of Murder

Written by Tom Dalton, this British alternative history drama explores how crime writer Agatha Christie became embroiled in a real-life murder case during her 11-day disappearance in 1926. The film depicts Christie investigating the murder of Florence Nightingale’s goddaughter and reveals how her involvement in the case influenced her subsequent writing. PBS Wisconsin Passport members: watch the full program on demand now!

Agatha and the Midnight Murders

Discover the writer’s plan to sell a manuscript that kills off her famous detective, Hercule Poirot. Struggling with money and under investigation by tax authorities in America and the United Kingdom, Agatha (Helen Baxendale) must come up with an enormous sum. PBS Wisconsin Passport members: watch the full program on demand now!