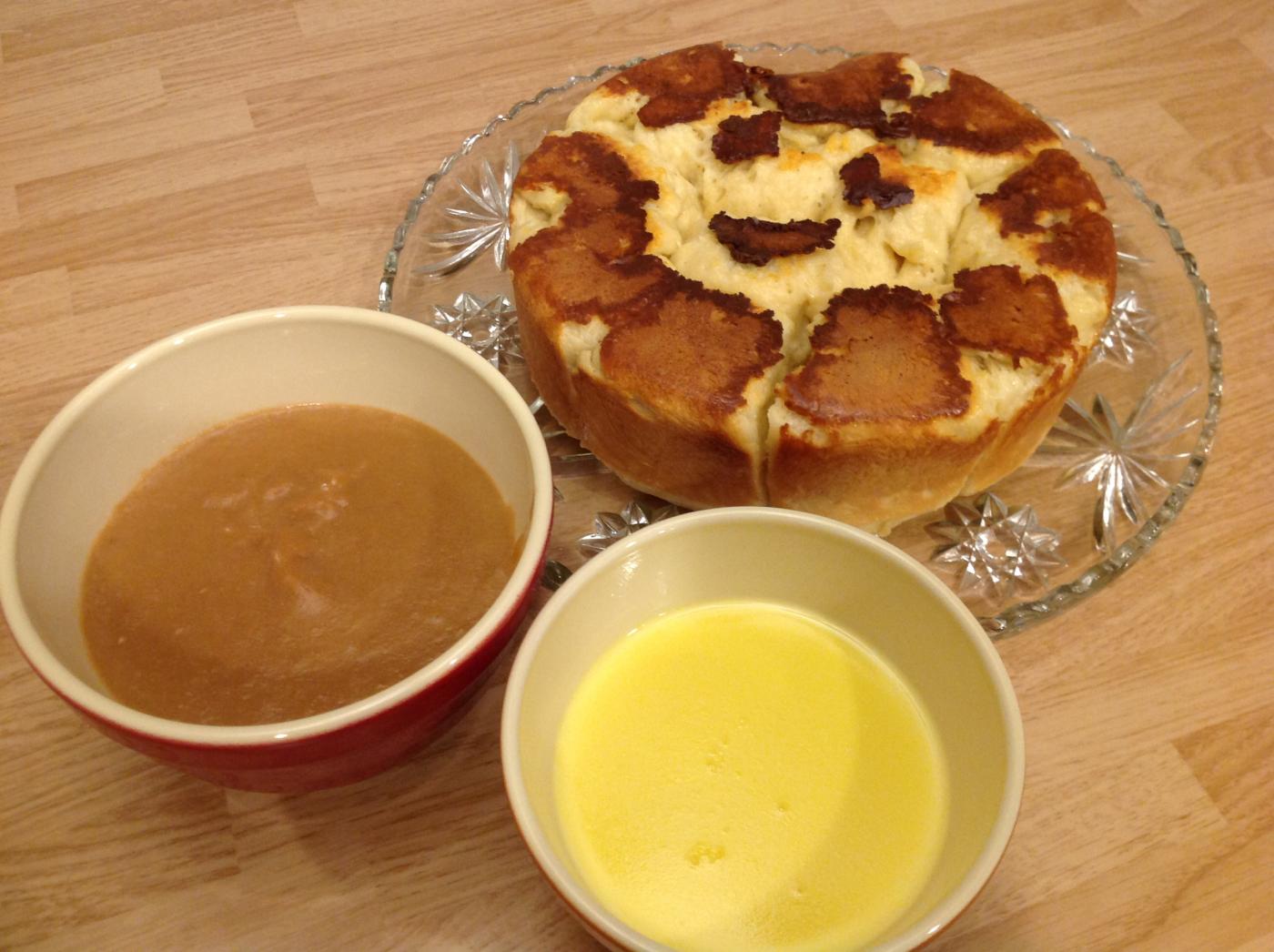 Give your bread a name and tell us about your recipe.

Dampfnudel with rhubarb and custard sauce. I followed the dampfnudel recipe from the BBC website, but made a simple rhubarb sauce to go with it, instead of the plum sauce. Also, per the recipe, I served them with the carmelized side up, instead of the steamed side, like on the show.

Would you describe yourself as a rogue baker, or do you strictly adhere to the recipe?

I pretty strictly adhere to the recipe. In this case, I didn’t have the heat up high enough so my dampfnudel kept rising instead of baking. They pushed the lid off the pan so I had to cover them with a stockpot of the same diameter…talk about baking blind!

Tell us about how you added a Wisconsin twist to your bread creation.

I made a rhubarb sauce with rhubarb from our garden.

How did you do?