Victorious Blog, Season 2: The King Over the Water - PBS Wisconsin
Skip to content 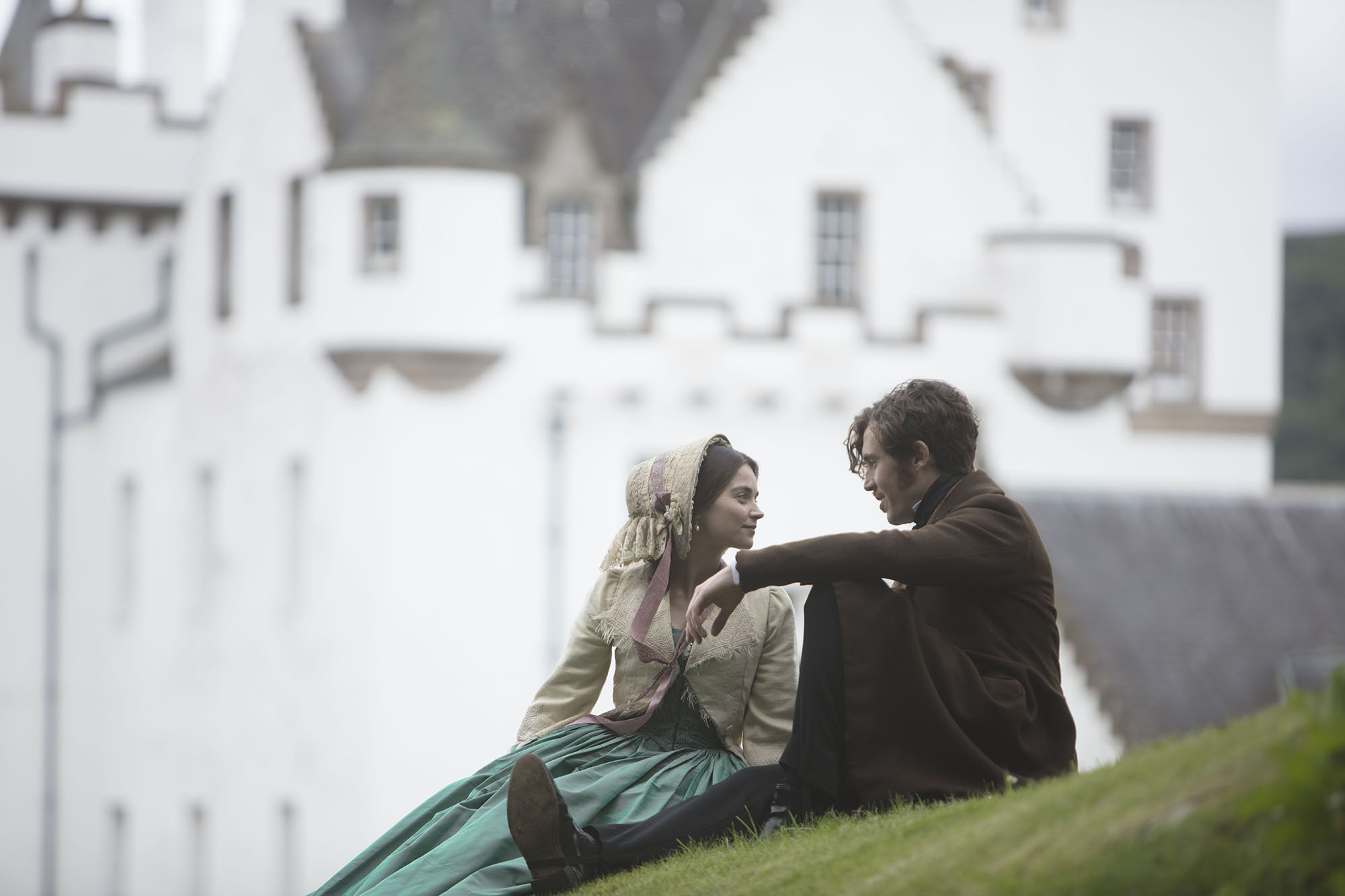 Victorious Blog, Season 2: The King Over the Water

This is part of the Victorious Blog series. Click here to read the series.

Who’s ready for a trip to Scotland? *Raises hand*

If you’re ready to relive the latest episode, continue reading below. But if you have yet to watch The King Over the Water, you can watch the full episode here first.

The episode opens with another attempt on Victoria’s life, although technically it shouldn’t be called such since the gun wasn’t loaded. While the would-be assassin got away after the first attempt, Victoria insisted on getting right back on the road to lure him out of the woodwork. So thankfully, he was swiftly apprehended after his second attempt.

Victoria remained safe during the second attempt thanks to her purple chainmail parasol, courtesy of Albert. Seriously: If your Valentine doesn’t gift you a chainmail parasol in your favorite color, are they even trying?

Nothing melts away the stress after an assassination attempt like a vacation. And what could be more relaxing than a trip to Scotland? Why, a very exclusive trip to Scotland, of course! Sorry, Lehzen and Francatelli: Please stay home and look after the kids and the soups, OK? We’ll be back soon.

Upon arrival, we find that Scotland is full of gorgeous wilderness, fun dances, bagpipes and some very exciting poetry readings.

Victoria, after the mandatory poetry party: “I think I’d rather be hanged, drawn and quartered than listen to another minute of that.”

And while the bagpipes are a great welcome, Albert is not fond of having them serve as his daily alarm clock. “BEASTLY INSTRUMENT!” he exclaims on the first morning. “It sounds like the sound a deer makes when it is being slaughtered.”

Despite the poetry and less-than-ideal wakeup calls, Victoria enjoys the wild side of Scotland. In fact, she’s been in love with Scotland since childhood, when she first read about it in Waverley by Sir Walter Scott.

She learns how to fly fish and shows everyone that she doesn’t need to ride side saddle. And Scotland really seems to bring out Victoria and Albert’s romantic sides … not that romance ever seems to be lacking between these two.

In fact, Scotland seems to bring out Drummond and Miss Skerrett’s romantic sides as well (with different partners, of course)!

In Victoria and Albert’s quest to have a nice romantic horseback ride, they happen to get lost. “Do you think we’re lost?” Victoria asks. “No …” says Albert, shakily, as he gazes out at a vast expanse of misty wilderness.

Why didn’t Albert have a GPS? Or Google Maps? #VictoriaPBS

Albert decides they need to cross a river, which leads to a highly stressful scene, as their horses struggle to navigate slippery rocks and Victoria almost falls into the river.

Everyone back at the ranch is worried sick about the missing couple. But the Duchess of Buccleuch is just plain angry.

And as everyone waits impatiently for word about Victoria and Albert, we finally get some answers as to why Harriet has been so cold to Ernest throughout the episode: She feels like she killed her husband by being unfaithful.

Meanwhile, in the wilds of Scotland: Just as dusk begins to settle, the lost couple stumbles across a shack and decide to knock on the door. The nice man who lives there invites them inside and “introduces” them to his wife (I’m using that term very loosely here, as nothing was very formal). Despite their royal wishes, the couple is advised to stay at the shack overnight, lest they expire on their way to the castle. (Frankly, they’re not looking too good at this point.)

Understandably, the Scottish couple is curious about these two. They’re obviously from the city, and their mannerisms are out of place, to say the least.

After that hilarious conversation, the kind Scottish couple give Albert and Victoria their bed – the only bed in the house – and they retire to the stables. When alone, Victoria admits to Albert that being in Scotland and experiencing the simple side of life has made her incredibly happy. “Is that wrong?” she asks Albert. “Nothing that makes you happy could ever be wrong,” Albert responds. And the couple sleeps soundly.

Morning! *We interrupt this idyllic getaway to bring you what appears to be the entire Scottish army, right outside your little window, ready to bring you to “safety.”*

Victoria says some emotional goodbyes to the lovely couple, and thanks them for everything. Everyone receives word that Victoria and Albert have been found, and sighs of relief echo across the land.

Really, the only person who is not thrilled to have been found is Victoria herself.

Everything’s back to normal now. Well, Scottish normal. For the non-royal travelers, it’s time for some more lively dancing in the forest! And let me tell you, sparks are flying between Drummond and Alfred.

Add some whiskey and an enchanted midsummer evening into the mix, and well, those sparks ignite. Yes, folks, the moment we’ve been expecting finally happens: Drummond and Alfred kiss! (Unbeknownst to the pair, Wilhelmina witnesses it.)

Now that Victoria’s been found, her wild mane – which grew increasingly wilder over the course of her day of wandering – is no more. In its place, the sophisticated Queen now has a thistle hairdo. Did anyone else love this as much as I did?! 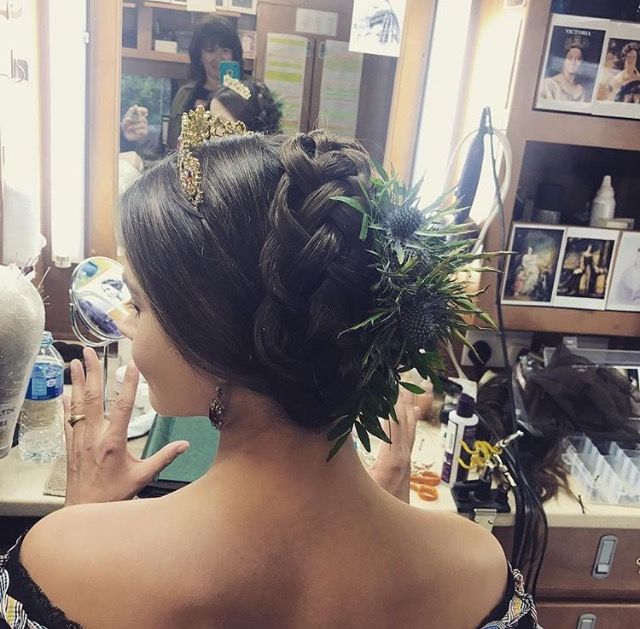 We discover that Wilhelmina was not upset by witnessing the Drummond/Alfred kiss; she plays it off like nothing happened and invites the pair to learn to play the bagpipes with her.

So with all of those loose ends wrapped up and Victoria’s hair back in place, it’s back to England!

When in England … Do as the Scottish Do?

Victoria arrives back at the palace and greets her children, who are noticeably older than the last time we saw them. Lehzen’s obviously been taking good care of them. Lehzen brings Victoria a book, which contains some of Victoria’s old drawings. The pair share a heartfelt moment in which Lehzen cries a lot while reminiscing about Victoria’s childhood. I’m sure Victoria’s regretting not inviting her to Scotland, now …

Alfred and Drummond joke about telling Sir Robert Peel about the Queen’s “adventure” in Scotland. But then Drummond says “I think that Scotland is a long way from home …” and at that moment, you can see Alfred’s face fall. Drummond means that in more ways than one; he’s also talking about the kiss. What happens in Scotland stays in Scotland?

But while Scotland is a long way from home, Victoria seems to have carried it back to England in her heart. After her speech, she strips off her fineries and joins Albert in their bedchambers for a private meal.

Albert starts cooking some fish in the fireplace and Victoria starts darning, just like the Scottish couple. So, the Queen has managed to bring her happy place to the palace, which is a far cry from the Scottish Highlands. And if that’s not skill, I don’t know what is.

Interested to find out what was fact and what was fiction in this episode? PBS has the answers from Daisy Goodwin here.

What did you think of this episode? What are your predictions for next week? Let me know in the comments below!