Q&A: Michael Perry, Where I Come From - PBS Wisconsin
Skip to content 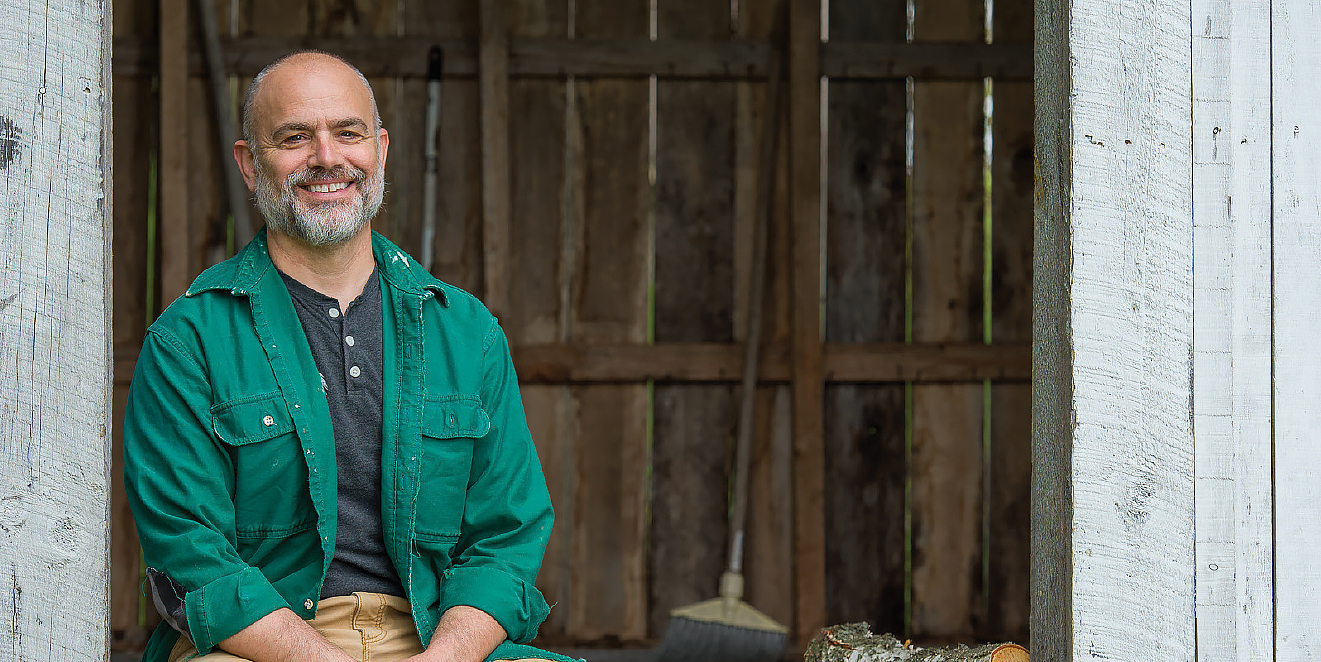 Q&A: Michael Perry, Where I Come From 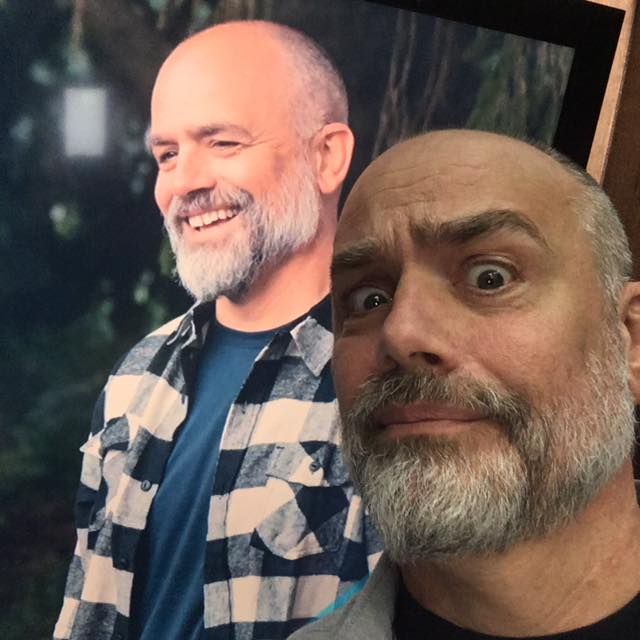 Author, musician and humorist Michael Perry always has something growing. In March, PBS Wisconsin premiered How Ya Doin’, a retrospective of some of the best clips from his Clodhopper Reports.

Michael Perry: Where I Come From premieres 7 p.m. Monday, Dec. 2. In this all-new special, Perry shares stories of growing up in rural Wisconsin, revealing how his family, friends and life experiences shaped the work he has pursued.

We spoke with Perry after a recent preview event. Read on for more! 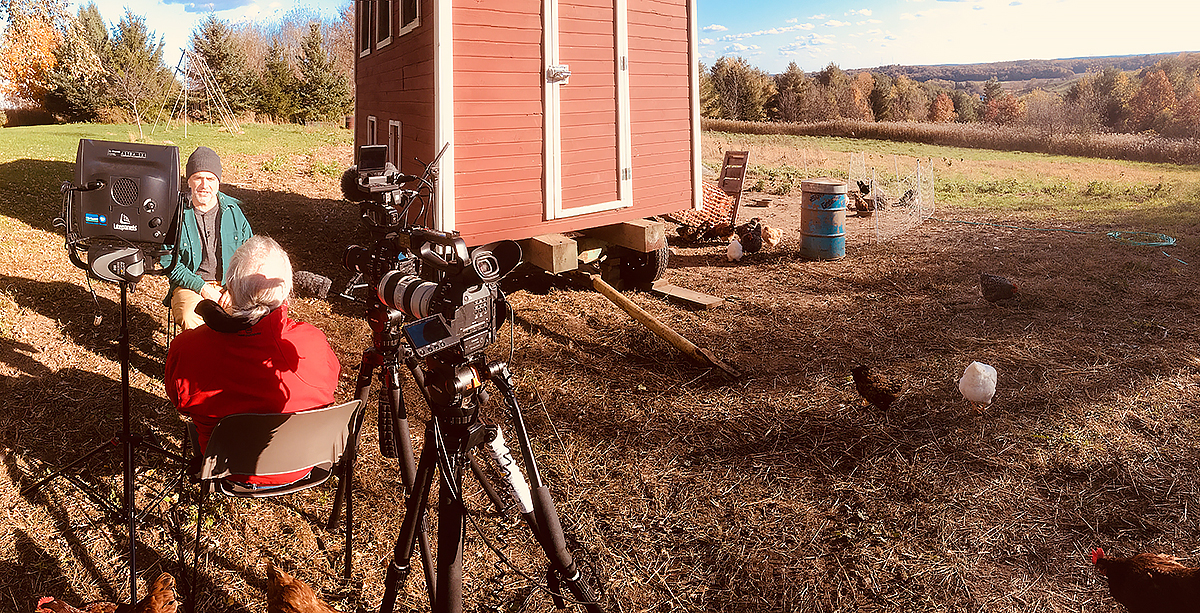 “I come from a family who sat around to tell stories – well, they didn’t sit around too much,” says Perry. “I was the third or fourth funniest person in my family; I just didn’t know how to fix a tractor. So I had to figure out how to do something.”

Tell us about the new special.

The folks from PBS Wisconsin came up and just sat me out in the yard, by the granary or the chicken coop. They let me ramble. We also went out to New Auburn, where I went to school. They came last autumn, at a wonderful time: near-peak color, great landscape shots.

They made it so easy; they were so well prepared. They set up their shots so well and had such good questions. 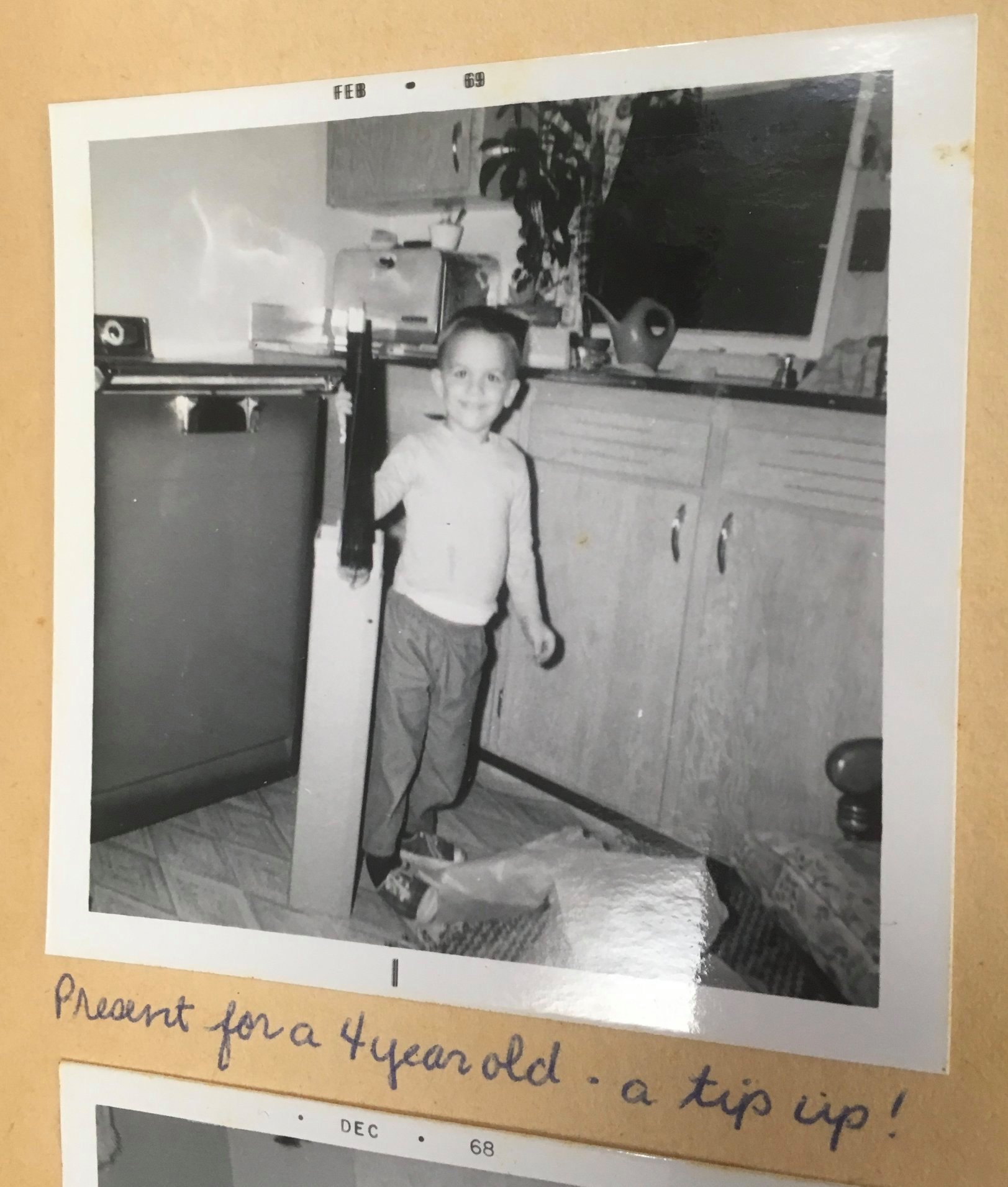 One thing… it’s such an obvious thing but didn’t occur to me. They took the time on their own to dig up the old yearbooks. Pictures of my first and second grade teacher, me sitting in class. They asked about some of my teachers. It was so wonderful. You know, I only saw this thing three days ago, so everything in it was a surprise to me too. I did the interviews so long ago and wasn’t sure what they’d use, so to see some of those teachers… in one case, I had a teacher for only one class, but it was a typing class. I use that every day.

There’s also a pretty hilarious photo of me on the track team.

The questions [PBS Wisconsin producer] Mik [Derks] asked… It made it clear that he had read the books. He’s really good at pushing just enough, getting you to talk about things you didn’t expect to talk about.

It was a narrower band of discussion than I’m used to. Usually, I discuss all my different books, my music, but they reminded me, “We’re literally talking about where you’re from.” I liked that. They asked questions I’m not usually asked. I had to dig a little deeper.

The chickens seem to dominate. I’ll be talking about something and they’ll walk by. They’ll want some sort of union acting card…

Your live events are incredibly popular. What do people ask at your Q&As?

We always have a good time. I get a few questions, end up going off on some tangent that expands on what you saw in the documentary. I like that. I’m pretty much a loner; I enjoy keeping to myself. But when I get out in public, I enjoy the rapport. 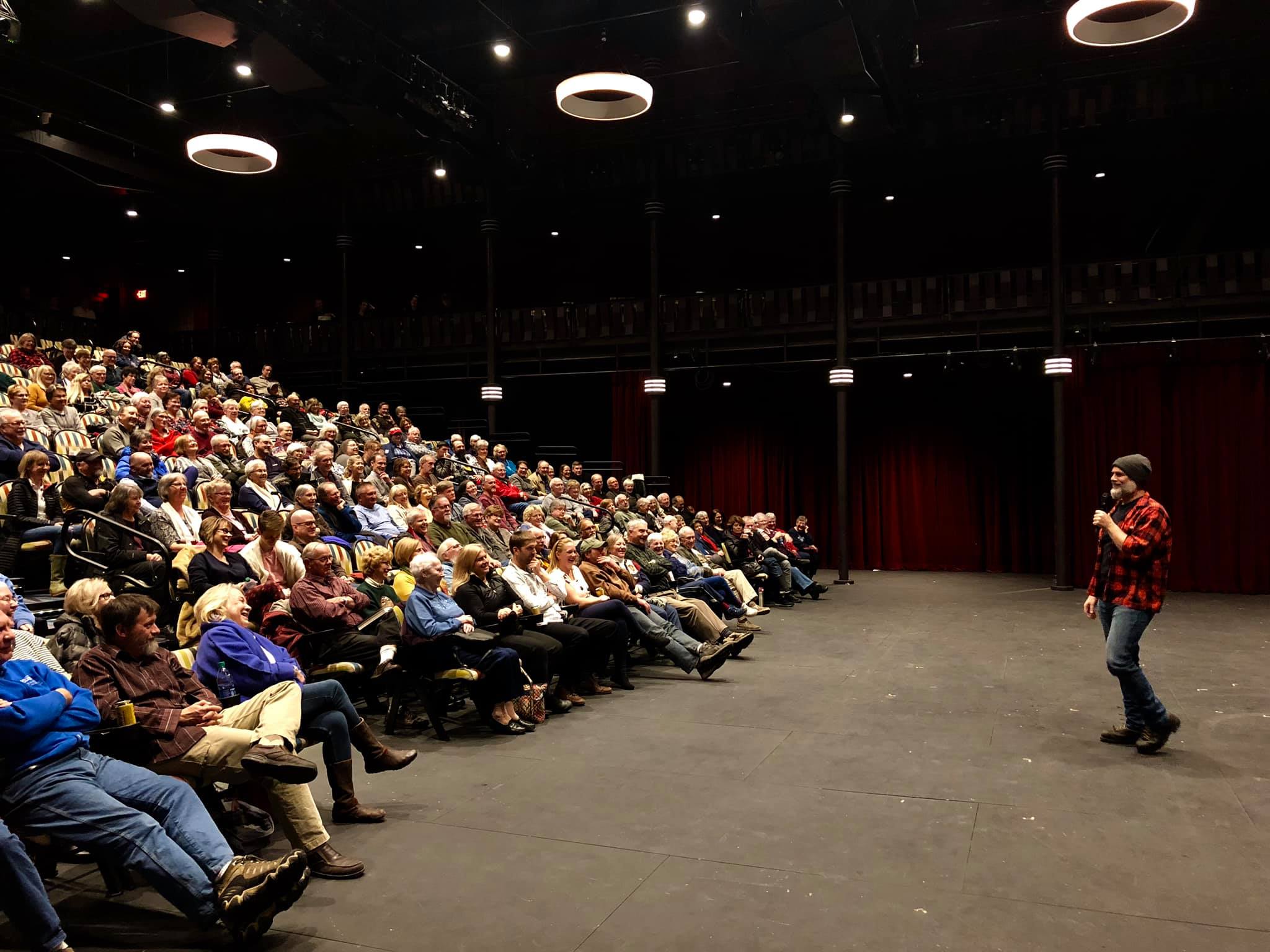 One of my favorites so far is when someone said, “Why did they pick YOU?” That was pretty funny. I didn’t have a good answer for them. I think they meant it to come off as pretty gentle…

Someone asked me how it makes me feel to watch these films. It makes me feel self-conscious. What I appreciate most is that it managed to convey my deep gratitude to my parents and the foundation I was given growing up. They left some humor in there; that’s always important to me because I don’t want people to think I take myself too seriously.

I get questions that are tinged with nostalgia, and that leads to a good discussion. One of the themes of my writing over the past few years is “How do you honor the past but not be brittle about it?”

There’s a scene in the documentary about how my dad got his first cow, pulling it home behind the station wagon. Of course, it evokes fond memories, but we’re not going back to that time.

The film also takes us to the place where you do your writing. What’s that like? 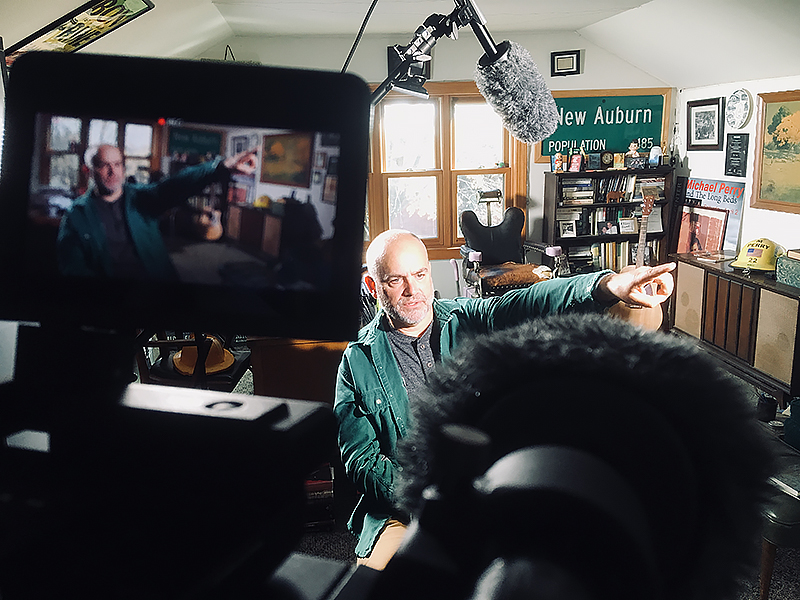 It’s a room above my garage; all kinds of things are on the walls. Someone in Eau Claire saw the film and asked, “How’d you choose the things on the wall? What do they mean to you?” They’ve been there so long that I don’t think about them anymore.

One of them is my “Population 485” sign from my hometown. The village gave it to me when they got their new one. In the background, you can also see a poster saying Perry Boys Plowing, my brothers’ business growing up. Those things I love because they remind me, quite literally, where I come from.

Could you talk about serving as narrator for the Eaux Claires Festival with Justin Vernon and Bon Iver? That’s 22,000 people – and a very different crowd.

I think I said “How ya doin’,” which was not planned.

When 20,000 people roar, you can feel it in your body. There’s a physical feel to that noise. I mean, I’ve had pretty big crowds down at the Legion Hall … Once I started, though, I felt at ease.

There’s a point where my narration got really quiet. I didn’t know how it was going to go. But I got through the first line and it got silent. 20,000 people getting silent is also incredible.

I’ve done four festivals now and people say, “How do you do it?” I say, “I’ll tell you when I figure it out.” [Read a blog excerpt from the 2015 festival here.]

These are SO different than 90% of the gigs I do with my lecturing and music. Which gets back to something we talked about earlier in this interview: honoring the past but not being tethered to it.

One of my favorite things is that I love being in the middle of people who are younger, and with different tastes and experiences. People sometimes get so hung up on “getting it.” It’s not about “getting it” – just experiencing it.

I’ve learned over the years to show up at something like Eaux Claires and say, “Let’s see what happens.” It’ll be beautiful and weird and odd and great, and at the end you can still go deer huntin’.

I love it when I meet people who broaden my boundaries of what you can create. You’re just increasing your opportunities for joy.

What are some other unusual opportunities you’ve been able to have?

I love that I never know what it’ll be: doing a story riding across the United States with truckers, sitting in a studio with the Blind Boys of Alabama because I’m writing the liner notes for their album with Justin Vernon [of Bon Iver], or giving a lecture at a national cancer conference in Madison. I’m still the farm kid, even at 55, saying, “Wow, this is cool.”

I’m privy to this wide variety of experience. I’m reminded of the diversity of this world of ours, while reminded that we’re all striving for this central goal, which is to try to get by and somehow be happy.

The next night you’re in a rural library, standing on a chair because the speaker doesn’t work but you want everyone to hear. Telling a story for the 150th time, but the laughs are still fresh.

I can’t believe I get to do this and meet such a wide variety of people. Where I come from is a tiny farm in northern Wisconsin. But I’ve told my stories in Central America, in Europe, in Mississippi, in New York. It reinforces the idea we’re all in this together.

What are your next projects – musically, writing, otherwise? 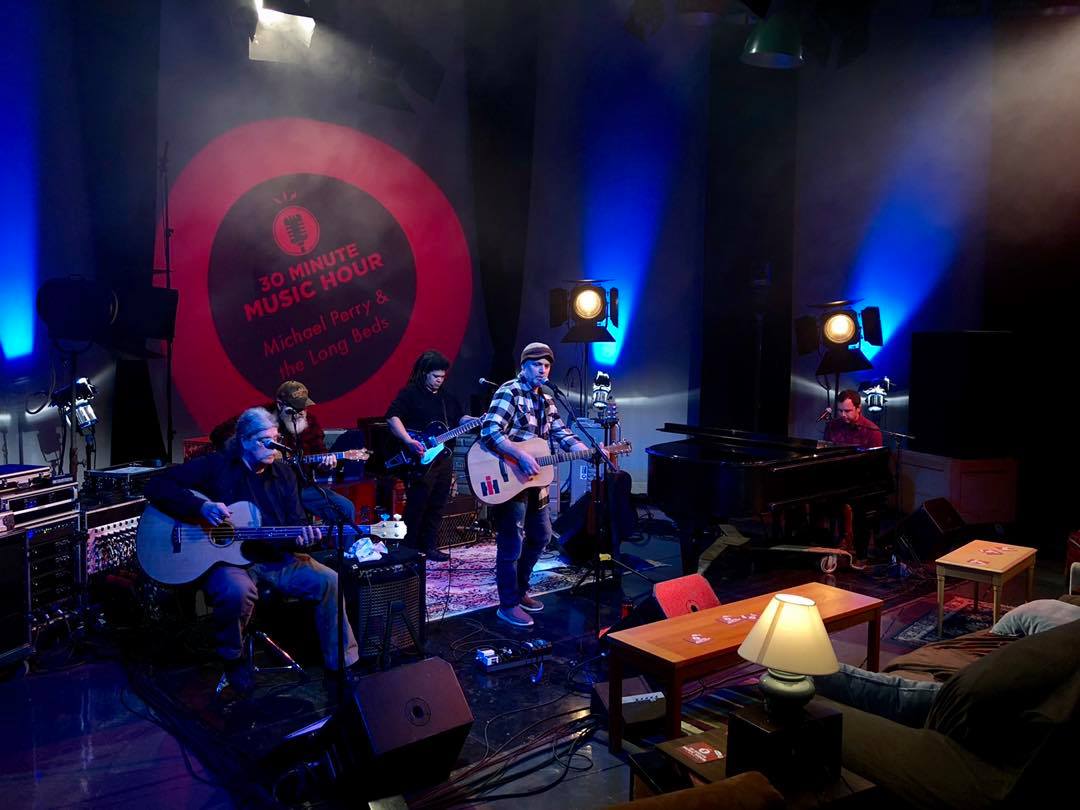 I write a weekly column, and half the year I host a weekly radio show [Tent Show Radio from Big Top Chautauqua in Bayfield], so there’s always something percolating. Right now I’m planning the next Eaux Claires festival, talking to musicians. I’m always touring around Wisconsin for speaking gigs. The band and I just put out a new EP.

[EDITOR’S NOTE: Watch a set from Michael Perry and the Long Beds here on PBS Wisconsin’s own 30-Minute Music Hour.]

I have two books on contract; one is a sequel to The Scavengers [a novel for younger readers] and the other is a nonfiction memoir about fathers and daughters.

In the documentary, I talk about learning from my dad. He had milk cows, sheep and was a logger. You do three things because when one thing is down, another is up.

That’s how I approach my career. Somehow you cobble together a living.

Behind the scenes photos by Lina Soblyte; other photos courtesy Michael Perry.