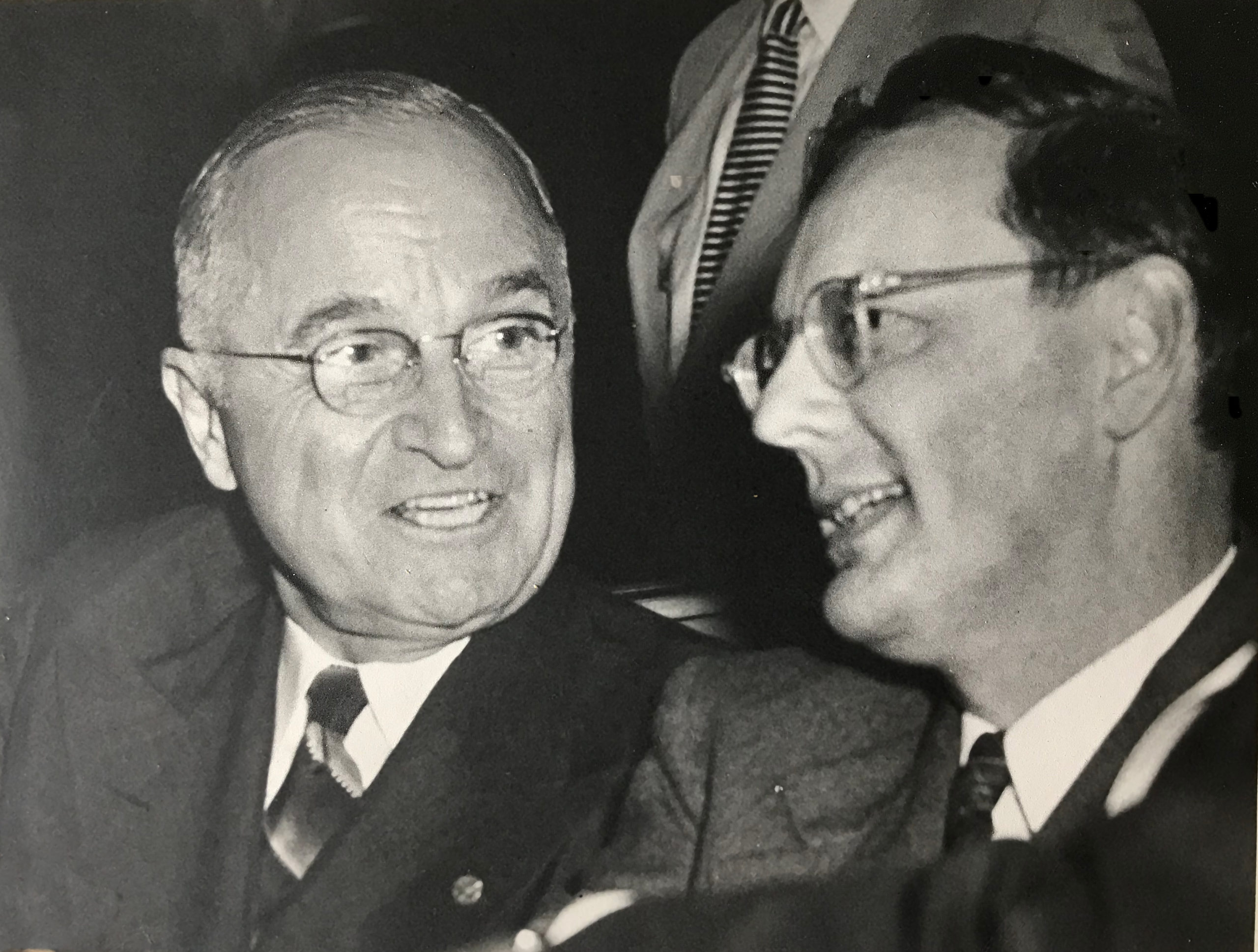 Above image: President Harry Truman, left, visits with Milwaukee’s socialist mayor Frank Zeidler in the run up to the 1952 election. Photo courtesy of America’s Socialist Experiment/APT.

The 2016 and 2020 presidential election cycles have brought socialism and its potential implications to the forefront of the American political debate. In June, PBS Wisconsin will add a historical perspective to that debate with America’s Socialist Experiment, a film exploring the 50-year period last century when Milwaukee voters elected a series of socialist leaders.

Through interviews, historical footage and photographs, America’s Socialist Experiment recounts the victories and failures of a unique brand of socialism in the historically conservative city of Milwaukee. Between 1910 and 1960, elected socialists in Milwaukee — including a U.S. Congressman and three mayors — reduced corruption, improved conditions for working people, and cleaned up the environment, leaving a mixed legacy to which both Democrats and Republicans lay claim today.

It remains the longest tenure of socialists in office anywhere in America. America’s Socialist Experiment premieres at 9 p.m. Monday, June 8.

We spoke with journalist Lynn Sprangers, a producer of America’s Socialist Experiment, about this unique time period in Wisconsin’s political history.

What was the catalyst for creating America’s Socialist Experiment?

Lynn Sprangers: It really came to us as we were starting to move through the presidential election cycle last year. The American voters were continually hearing about socialism. Bernie Sanders certainly was one of the reasons for that because he embraced it and on the other side, Republicans were very critical of it. There were many layers in between. As this conversation about socialism was taking place on a national stage, we started saying to ourselves, what about taking a look at Milwaukee’s story of socialism? There’s a lot of speculation about what socialism is today or what it would be going forward but in one city, during one stretch of time, it actually happened. Why don’t we take a look at that story and bring it out into the open, and see what relevance it has, if it has any, to today’s socialism conversation.

What was the socialist platform in early 20th century Milwaukee?

They ran on a platform of ending corruption in government and what were really filthy living conditions. You have to put yourself back into this era where we had unfettered industry, no OSHA (Occupational Safety and Health Administration) and really rivers became open sewers, people did not have running water, and you still had horses. The city was really dirty, both from a corruption in government standpoint and also the living conditions. The socialists promised to fix both and that’s how they got elected. They carried that further by promising to do more for working people. They pushed for workman’s compensation, they pushed for a 40-hour work week, and a minimum wage.

How did Milwaukee’s socialist party compare to the national party at the time?

The national socialist party was often very unhappy with the Milwaukee socialists. They weren’t revolutionary enough. Most socialist leanings are that you want public ownership of utilities and industries but the Milwaukee socialists were very pragmatic. They began to realize the way they would govern and they’d win elections was to figure out how to co-exist in a free market system and America’s democratic form of government. They coexisted pretty well.

What are some factors that led to the end of socialist rule in 1960?

As some of our interviewees indicated to us, Democrats, in particular FDR (Franklin D. Roosevelt), were very successful at basically co-opting some of the socialists’ best ideas. This happens in politics. People are smart enough to see that they like some element of a program, so they will grab it and run with it. FDR’s New Deal addressed a number of the key labor issues that socialists had been pushing for years so once the socialist ideas went mainstream, the party began to shrink. The second piece that really began to take hold was The Red Scare and the anti-Communist fervor that was happening here in Wisconsin by virtue of our U.S. senator at the time, Joe McCarthy. Socialism began to be equated with Communism. That did not help socialists who were trying to grow their party and trying to find new, fresh leadership that could lead in the years ahead.

What evidence of socialist rule in Milwaukee still exists today?

They were very emphatic about the idea of people being able to have places to gather, to have fun, to breathe. Remember, we had a very dirty, industrial city at the turn of the century. As socialists were coming into power, they really wanted to create public park spaces so average folks could have a green space somewhere within the areas that they lived. They created a beautiful park system here that is today still intact.

What do you hope viewers gain from this documentary?

Our hope is when people see this documentary, they will be able to arrive at their own conclusions on where there are similarities or differences in today’s socialism discussion and debate versus a hundred years ago.